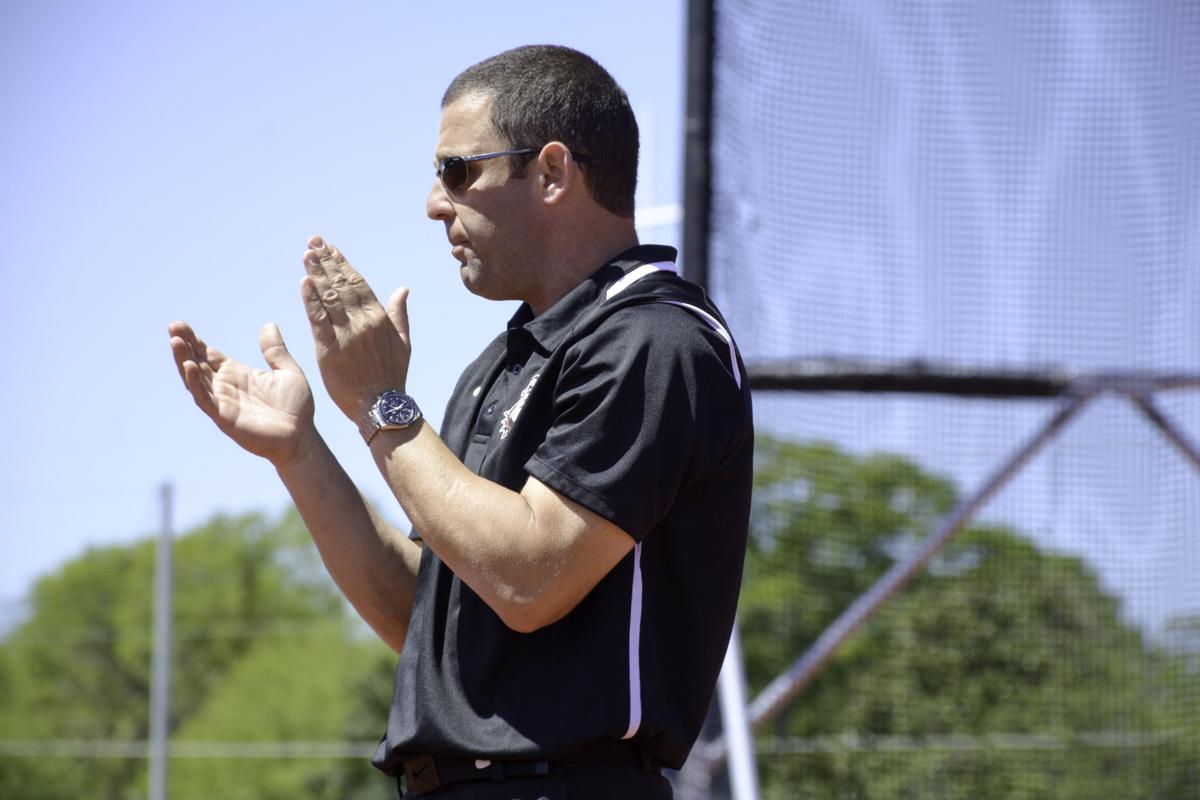 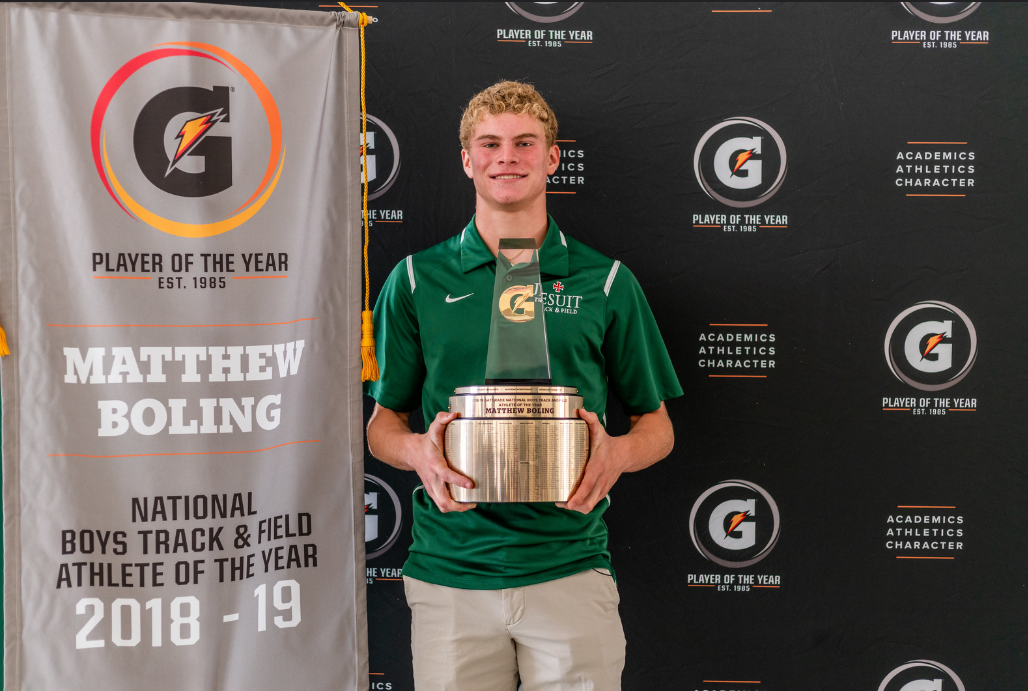 Matthew Boling was announced as the Gatorade boys track and field Athlete of the Year on Wednesday, June 26, 2019. 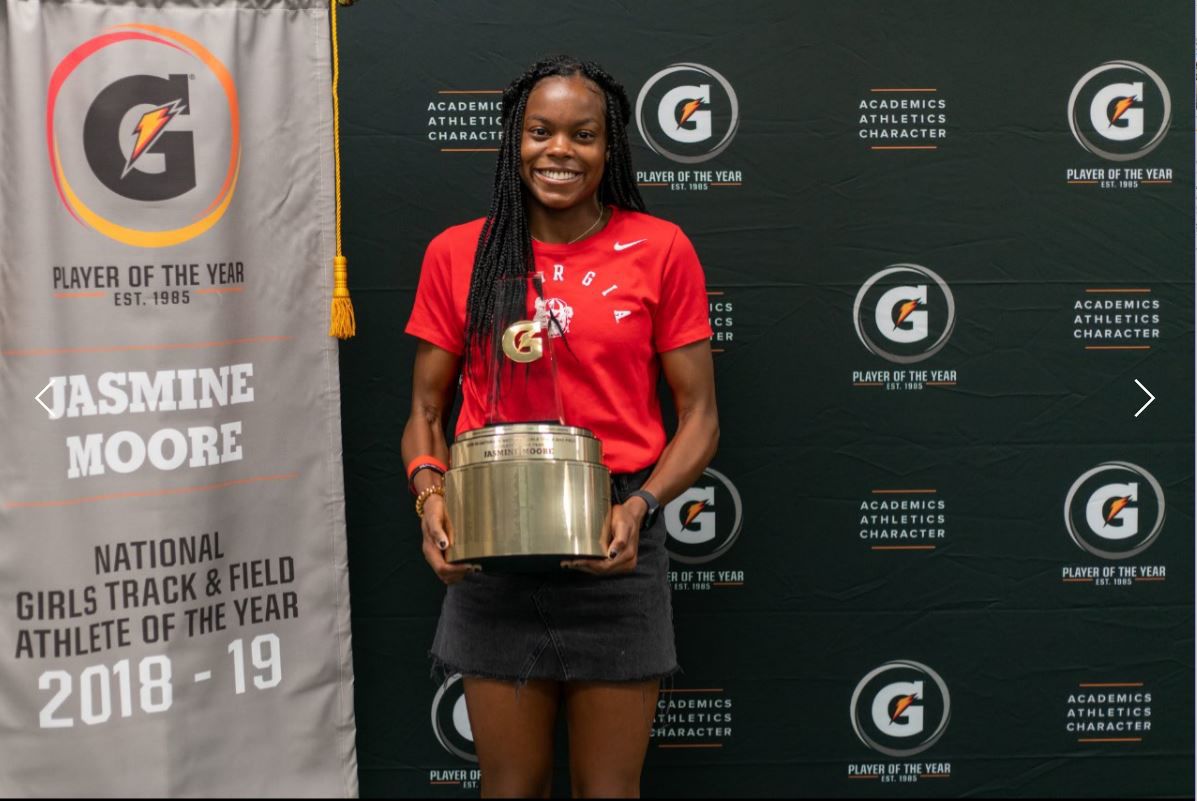 Matthew Boling was announced as the Gatorade boys track and field Athlete of the Year on Wednesday, June 26, 2019.

Two University of Georgia track and field commits have been announced as winners of the 2018-2019 Gatorade Track and Field Athlete of the Year.

Matthew Boling and Jasmine Moore, who will begin their careers in Athens this fall, were announced as winners Thursday.

The athletes are now among a list of elite high school athletes such as Peyton Manning, Abby Wambach and Karl-Anthony Towns.

“Honestly, it really hasn’t hit me yet,” Moore said. “I was looking at the trophy and just seeing all the other names of people who have won this award. For my name to be on there is kind of crazy.”

Moore, a senior from Lake Ridge High School in Mansfield, Texas, was the Texas 2017-2018 Gatorade State Girls track and field Athlete of the Year prior to being named this year’s national winner.

Moore won the Texas Class 6A long jump and triple jump this past season.

Boling, a senior from Strake Jesuit College Preparatory in Houston, went viral after running a 9.98-second 100m this April — the fastest all-conditions time ever by an American high school athlete.

“It feels great. At the beginning of the year, I looked up to everybody who won it,” Boling said. “As the year progressed, I knew it could become a reality.”

This season, Boling set a personal best long jump of 26-3.5 inches. The leap ranked No. 2 in the nation this season and is eight in American prep history.

Outside of athletics, Boling has served as a counselor at a camp for children with disabilities, and he has volunteered locally with Athletes Taking Action, donation drives and hurricane relief efforts.

“I’ve worked hard in the classroom, and I’ve done a lot of service. It’s nice that Gatorade recognizes that,” Boling said.

Both athletes have signed letters of intent to compete in track and field at Georgia starting this fall, and they both mentioned the small team size and camaraderie within the Georgia track and field team as reasons for signing.

“The team isn’t huge, but everyone on the team is amazing in their event.” Moore, who had been visiting Georgia since her sophomore year, said.

Boling is an impressive addition to a men’s team that finished fourth at this year’s NCAA Outdoor Championships, and Moore is an exciting commitment to women’s team that is showing promise for next season.

Both athletes were impressed with head coach Petros Kyprianou in different ways, showing his dynamism as a recruiter. Boling mentioned the Kyprianou’s matter-of-fact way of speaking, and Moore was appreciative of his dedication to the team and to his players.

“He’s all into wanting to be the best,” Moore said. “And, I think he really cares about us as people, not just athletes. I feel like that’s kind of hard to find now days in NCAA.”

After taking the 2018 title, the Georgia men's track and field returned to the infield ceremony to take fourth.

Georgia women’s track and field finishes up at NCAA Championships

The Bulldog women wrapped up competition on Saturday with a 10th consecutive season in the score column at the NCAA Outdoor Championships.

How Georgia's 2020 football recruiting class is shaping up so far

The end of June is a time when college football teams prepare for the upcoming season. Kirby Smart and his coaching staff have also been busy crafting one of the premier 2020 recruiting classes.

When University of Georgia baseball fans and unsuspecting Athens citizens park in the Foley Field parking lot, there’s a chance to come back to a car which has been struck by an errant baseball.

Early look ahead: How Georgia basketball is shaping up for Tom Crean's second year

After a tough 2018 season, here's an early look at how the Georgia men's basketball team is shaping up for Tom Crean's second year and Anthony Edwards' first.

Seven former University of Georgia golfers featured in the 2019 Travelers Championship, and although they didn’t top the 17-under par score of Chez Reavie, they had various strong outings over the weekend.

The University of Georgia football team has added another recruit to its list of commits for the 2020 class.

On Thursday, June 20, Georgia golfers Trent Phillips, Spencer Ralston and Davis Thompson were chosen as All-Americans according to PING and the Golf Coaches Association of America.

For the 2019 spring semester, 287 University of Georgia student-athletes were named to the J. Reid Parker Director of Athletics Honor Roll, an…

The University of Georgia Athletics Association was awarded three southeast EMMY Awards for outstanding achievement  on Saturday, June 15, in …

After four weeks of matches, the FIFA Women's World Cup is set for the final between the United States and the Netherlands.

The University of Georgia track and field program added Ryan Grinnell as an assistant coach and Melissa Beasley as the director of operations on Wednesday, July 3.

A number of current and future University of Georgia track and field team members are in the midst of a busy summer representing both their school and their home nations.

Three out of four Georgia track and field athletes earned medals for their performances at the North American, Central American and Caribbean Under-23 Championships in Queretaro, Mexico, this past weekend.