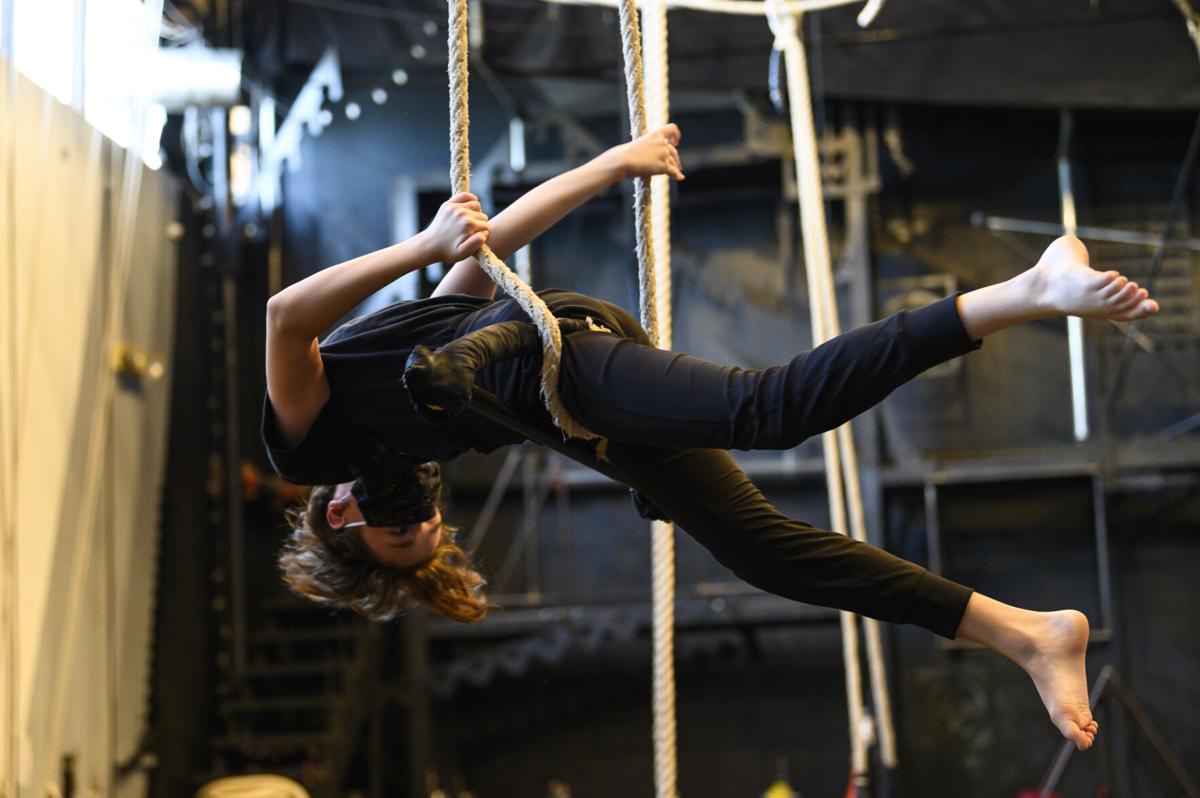 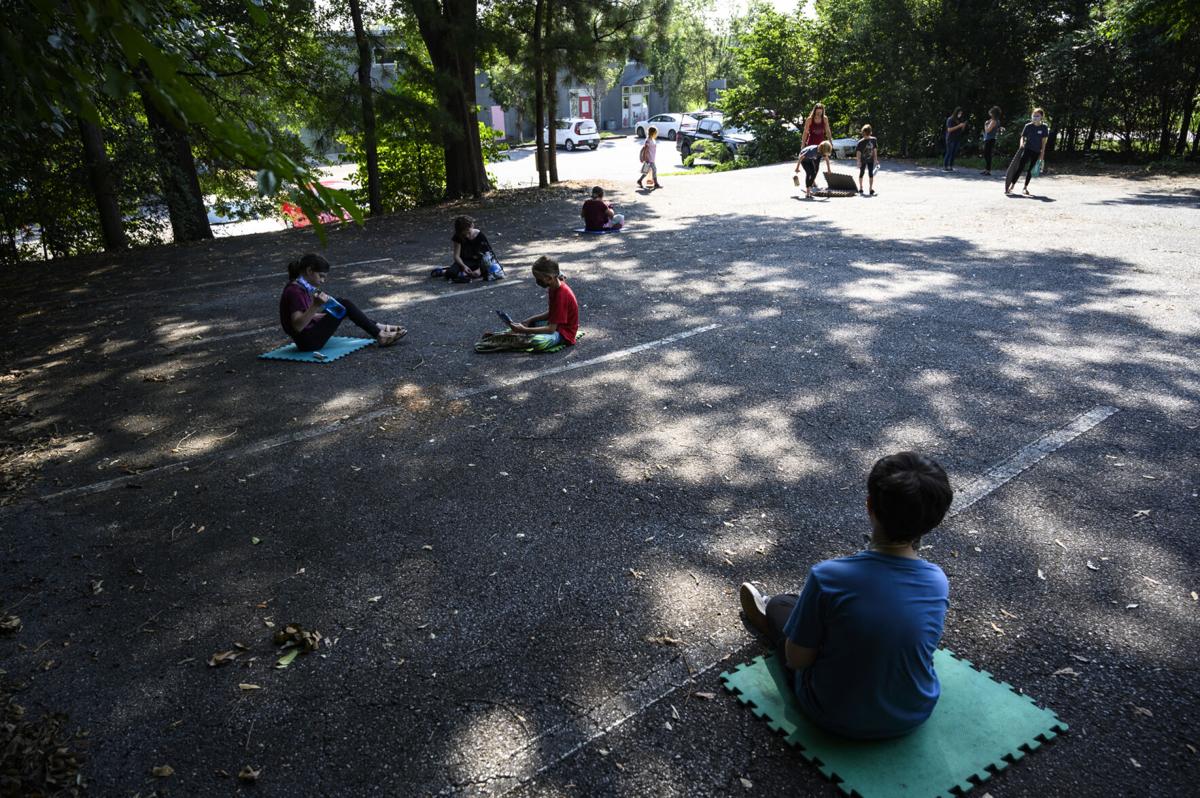 Elementary age children eat snack outside while social distancing at a summer camp at Canopy Studio in Athens, Georgia on Thursday, July 16, 2020. All campers and staff are required to wear masks inside, take their temperature at the door and sanitize surfaces after use. (Photo/Taylor Gerlach; @taylormckenzie_photo)

The children attending Canopy Studio's camp in Athens can still live out their circus dreams this summer despite COVID-19 concerns.

At a Thursday camp session, children flew through the air on the trapeze as Canopy Studio instructors cheered them on from the ground. One young participant said she has attended Canopy's camp since she was four. That's why she's so good, she said.

Canopy Studio offers classes and camps dedicated to teaching children and adults the art of trapeze. The studio, which opened its doors in 2002, has remained open this summer with limited classes and class sizes.

In order to comply with the CDC, federal and local guidelines and still operate their usual summer offerings, Canopy has adopted strict precautions.

The camp requires attendees to fill out a consent and waiver form before attending lessons and has reduced the number of staff and students to better accommodate social distancing regulations. Staff directs the campers to travel through the studio in assigned groups, which they call a “pod model.”

“Canopy is reaching out to bigger circus companies and operations and following their lead on how they sanitize and run their studios,” staff member Ana Madrid said.

According to the Canopy website, 48 hours before use, fabrics and slings undergo high-temperature UV light exposure for at least 30 minutes. Staff also disinfects equipment with an FDA-approved electrostatic spray, which kills COVID-19, according to studio's website.

Canopy has taken on an all hands on deck approach to keep the facility safe. The campers even lend a hand by grabbing cleaning tools to sanitize their mats and trapeze when they’re finished.

Camp instructors Madrid and Reece Dale sanitize their hands after working with each camper.

During the camp, the studio requires everyone inside the building to wear a mask. Madrid and Dale remain attentive to the needs of each camper by offering “mask breaks” periodically. If they ask for the break, the kids are accompanied outside for a moment of fresh air without a mask.

“The kids are rock stars,” Madrid said. “They understand they need to wash their hands after touching their masks or touching somebody else.”

Although they’ve tried to maintain as much normalcy as possible during the camp, staff and campers have noticed the COVID-19-related changes.

The 20-minute snack time was moved outside and campers now sit spaced out on separate mats. After eating, the mats are sanitized and masks put back on before entering the building.

“We can’t play games, like tag games where you touch each other,” Dale said. “We used to do things like double swings and we just can’t do that stuff now.”

Perhaps the biggest change is that Canopy canceled its end-of-camp showcase. In past years, the campers put on a show at the end of the week for parents to watch. Because the studio doesn't allow parents and visitors this time around, the staff records students’ performances and shares a video link.

Although the coronavirus has disrupted many events this summer, Canopy has continued its camp tradition by introducing a strict safety regime. As a result, they have been able to maintain a safe and fun environment for their campers, students, and staff.