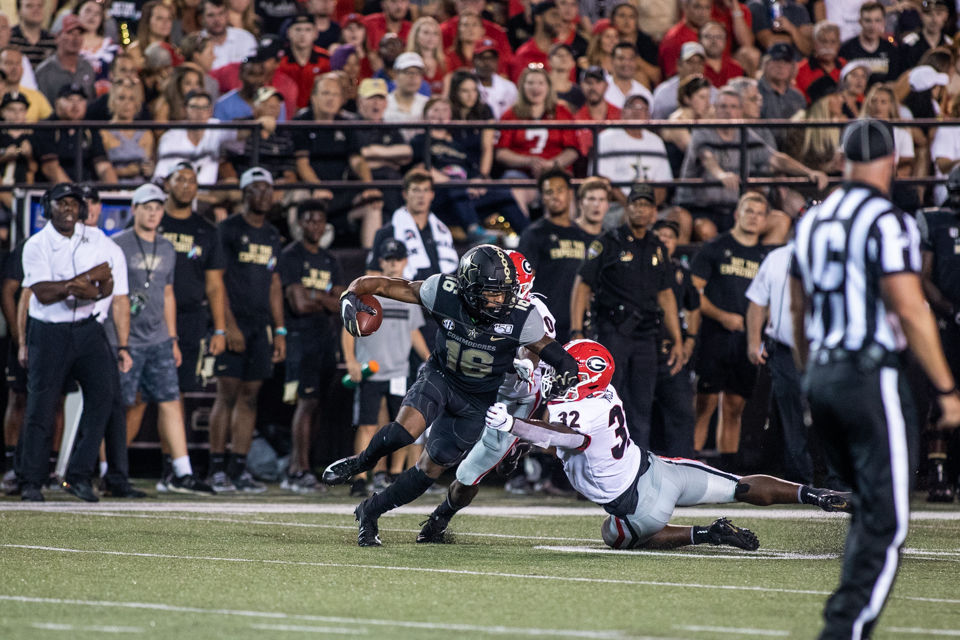 Vanderbilt wide receiver Kalija Lipscomb (16) is taken down by Georgia inside linebacker Monty Rice (32) during the first half of the University of Georgia football game at Vanderbilt University on Saturday, Aug. 31, 2019, in Nashville, Tennessee. At the end of the half, Georgia led Vanderbilt 21-6. (Photo/Ryan Cameron rcameron@randb.com) 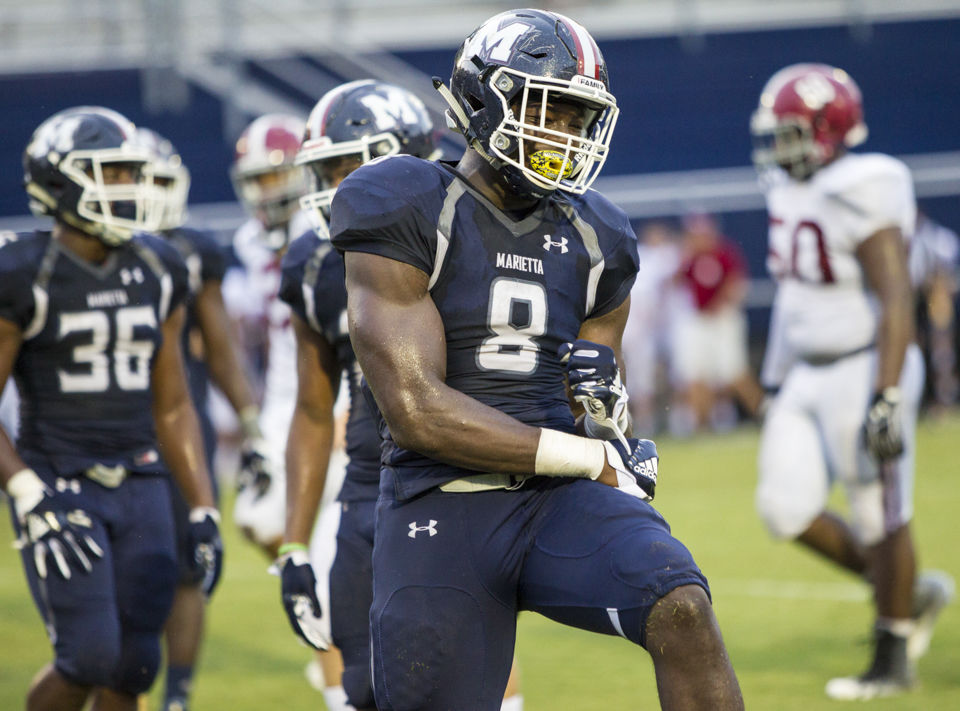 Gassers aren’t fun. Running back-and-forth from sideline to sideline over and over again doesn’t sound like anybody’s idea of a good time. But the Georgia defense better get used to them.

As a team, Georgia had 10 penalties for 117 yards against Vanderbilt on Saturday. Regardless of how the coaching staff enforces it, that’s a whole lot of gassers. And this is a defense that didn’t give up any touchdowns and allowed only 225 offensive yards in its first game.

Divaad Wilson had a late-hit penalty against the Commodores. Justin Young and Richard LeCounte also had one face mask penalty each.

As the No. 3-ranked Bulldogs try to minimize the mistakes and penalties, they are also searching for a top-end pass rusher. Lucky for Smart and the rest of Georgia’s coaching staff, the front seven had a pretty good showing on Saturday, despite not knowing the identity of Vanderbilt’s starting quarterback until the start of the game.

About two years ago, Ojulari injured his ACL in the third round of the state playoffs while at Marietta High School. He wasn’t able to fully return to the field until near the end of last year’s fall camp.

“It was hard process for sure,” Ojulari said. “Just keep your head down, just focus on getting better.”

Ojulari played in three games last season, just under a redshirt’s maximum number of four games. He recorded four tackles, three of which were solo. Smart said Ojulari brings a great attitude to the practice field.

“Man, Azeez is a great player,” Davis said. “I have a ton of respect for him. He practices hard, we always beside each other. If my game is slack, he picks me up and if his game is slack, I pick him up. Our defense is a complimentary defense.”

With just one game down, Georgia still has plenty of time to hammer out some of the weaknesses of first-year coordinator Dan Lanning’s first defense.

If Davis is right, Smart will be making the defense run a lot on Monday. But Smart still understands just how successful the defense was against Vanderbilt.

“They didn’t give up a touchdown,” Smart said. “In college football today, I don’t care who you’re playing, that’s hard to do. They played hard, and they played well in the red area. We got to get a lot of things better.”

Smart’s Soundbites: Improvements still to be made, the development of Brian Herrien and personnel updates

Kirby Smart met with the media on Monday and discussed how the team needs to get better ahead of Saturday’s Murray State game, the development of Brian Herrien and some injury updates.

Georgia’s defense held Vanderbilt and the "big three" to only two field goals, slowing down the Commodores' red-zone offense before they could score a touchdown.

Though Georgia may be breaking in new offensive coordinator James Coley, not much has changed in the Bulldogs’ offensive philosophy.

Georgia football opened practice up for 11 minutes on Tuesday afternoon. Here are some observations from The Red & Black.

The Georgia football team will hold its home opener against Murray State on Saturday in Sanford Stadium. Last Saturday, Georgia defeated Vanderbilt by a score of 30-6 in Nashville. Here are the top story lines to keep an eye out for as the No. 3-ranked Bulldogs take on the Racers.

Georgia’s wide receiving corps is the most unproven group on the roster. Matt Landers is ready to change that.