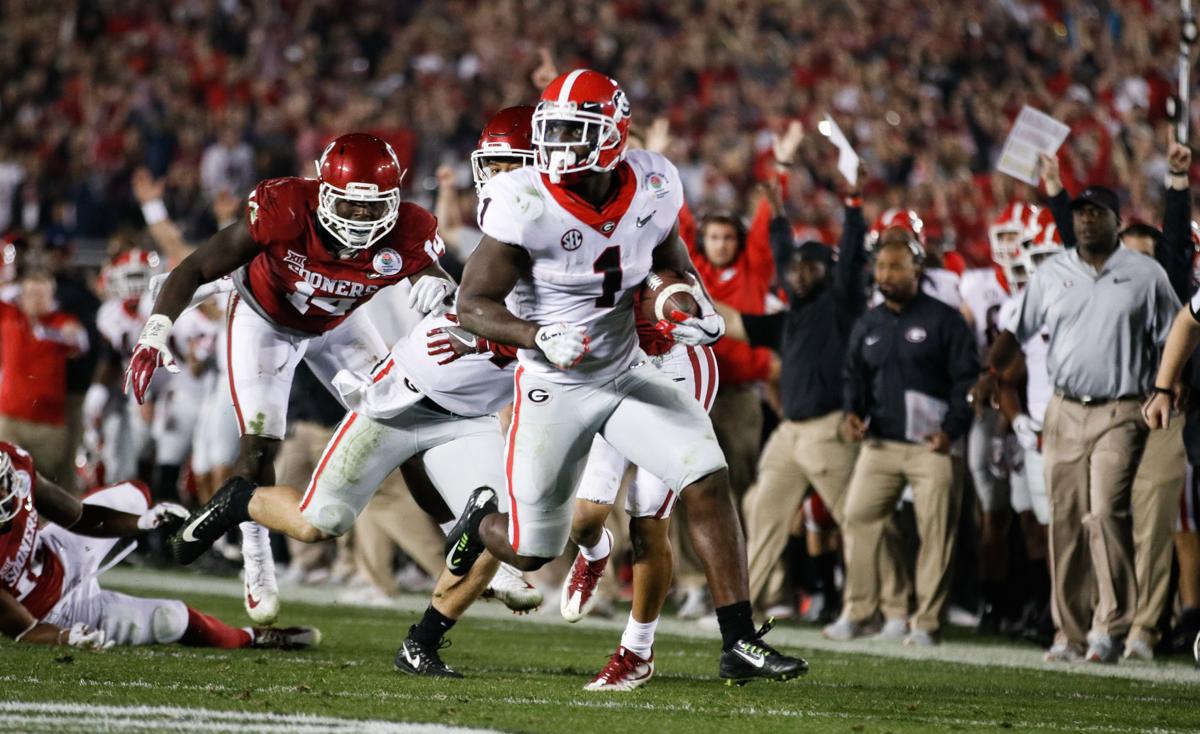 Georgia tailback Sony Michel (1) runs the ball to score the game winning touchdown during the second over time of the College Football Playoff Semifinals between the University of Georgia Bulldogs and the University of Oklahoma Sooners at the Rose Bowl Stadium in Pasadena, California, on Monday, January 1, 2018. (Photo/Kristin M. Bradshaw, kristinmbradshaw.com) 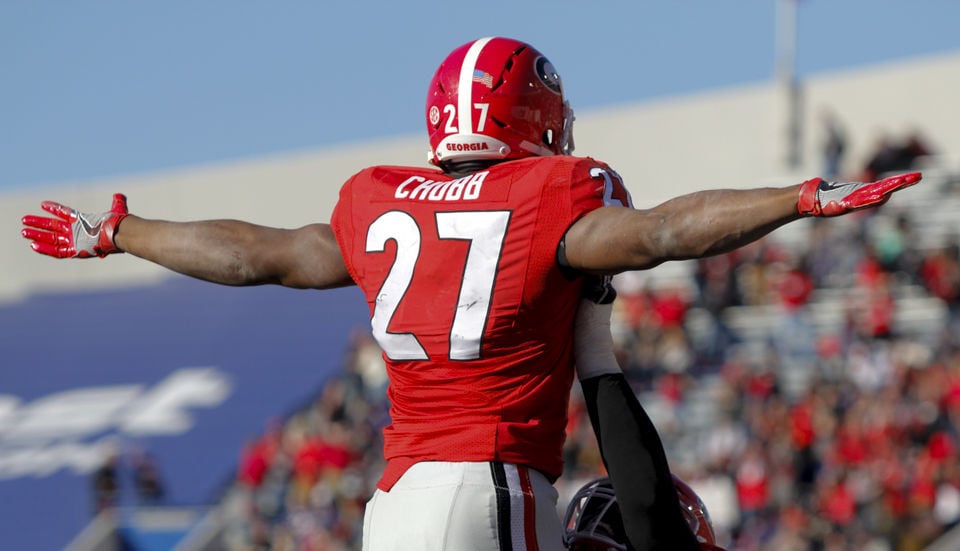 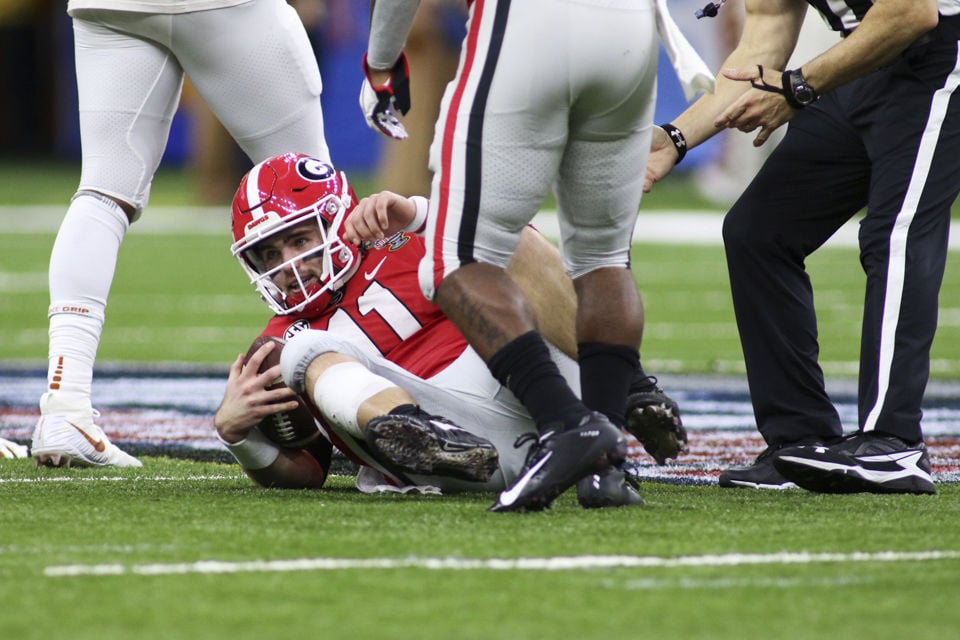 University of Georgia quarterback Jake Fromm (11) holds the ball on the ground during the 85th edition of the Allstate Sugarbowl at the Mercedes-Benz Superdome in New Orleans, Louisiana on Tuesday, Jan. 1, 2019. (Photo/Christina Matacotta) 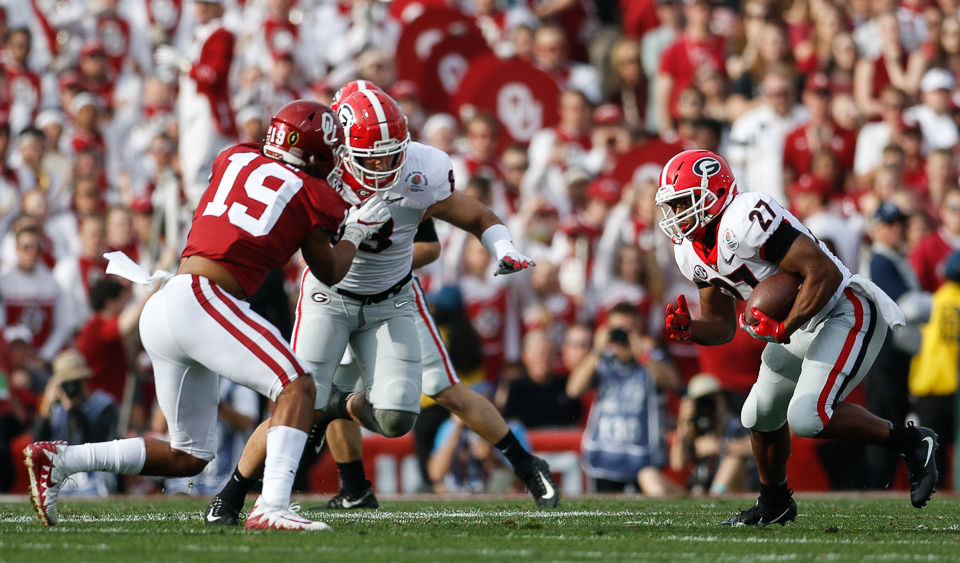 The No. 5 Georgia Bulldogs will face No. 7 Baylor in their second straight Sugar Bowl in New Orleans after a loss to No. 1 LSU in the SEC championship eliminated them from College Football Playoff contention.

Prior to the advent of the CFP in 2014, the Sugar Bowl featured the top teams in the Big 12 and the SEC. It has lost some of its glory since then, but the battle in the Big Easy still pits two of the top teams in either conference against each other.

Kirby Smart and the Bulldogs are no strangers to these games. The Bulldogs have played a Big 12 opponent every year since Smart was hired.

Here’s a look back at how Georgia has fared against the Big 12 in the Smart era.

Smart ended his first season at the helm on a high note with a win over TCU in the Liberty Bowl. Far from the recent heavyweight bouts between Georgia and the Big 12, neither team was ranked going into the matchup. With the Liberty Bowl loss, TCU finished with a losing record after two straight seasons with 10 or more wins.

Led by junior running backs Nick Chubb and Sony Michel, Georgia out-rushed the Horned Frogs 248 to 175. Freshman quarterback Jacob Eason went 12-for-21 for 164 yards and two touchdowns, and the Bulldogs won the turnover battle, forcing two fumbles and losing one.

In one of Georgia’s biggest wins since 1980, the No. 3 Bulldogs beat the No. 2 Sooners at the Rose Bowl in Pasadena, California, to advance to the 2018 College Football Playoff National Championship. Chubb and Michel carried the day once again, combining for 326 yards on the ground as Georgia out-rushed Oklahoma by 75 yards.

Freshman Jake Fromm played a clean game at quarterback in his first bowl appearance, completing 20 of 29 passes for 210 yards and two touchdowns with no interceptions.

Much like this season, Georgia entered the 2019 Sugar Bowl as the No. 5 team in the country after a heartbreaking loss in the SEC championship game. The Bulldogs failed to avenge a loss to Alabama with a poor showing against the underdog Longhorns.

Unlike the victories in their two previous meetings against Big 12 opposition, the Bulldogs were out-gained on the ground by Texas 178 to 72. To make matters worse, Georgia’s offense turned the ball over twice, and the defense failed to force a takeaway.

Meanwhile, Texas quarterback Sam Ehlinger completed 19 of 27 passes for 169 yards and rushed for three touchdowns, and running back Tre Watson added 94 rushing yards of his own.

Georgia's football season saw many action-packed, celebratory moments this fall. Look back at this season's journey with The Red & Black's…

Just two days after Sam Pittman left to become the head coach at Arkansas, Georgia has found his replacement.

As the decade comes to a close, The Red & Black football writers ranked the best Georgia football players from 2010-19.

The Georgia football team is well represented on the Associated Press All-SEC teams, which were announced on Monday. The Bulldogs had seven players who earned All-SEC honors, including two first team selections.

Three Georgia football players are looking for new teams as they have entered the transfer portal.

After Georgia football's 11-2 season, The Red & Black compiled a final report card for each position group by averaging the grades we gave after each game.

Before No. 5 Georgia clashes against No. 7 Baylor in New Orleans, there might be more questions swirling around Kirby Smart’s team than answers.