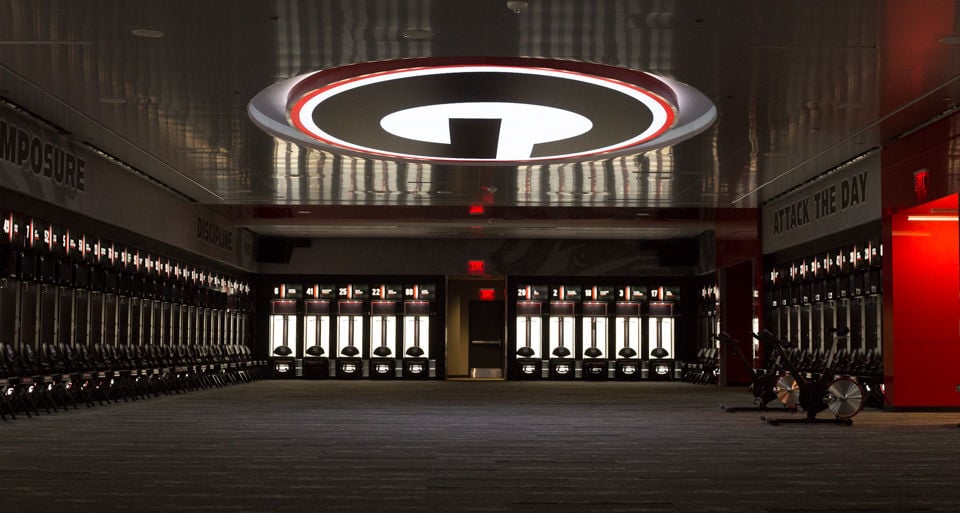 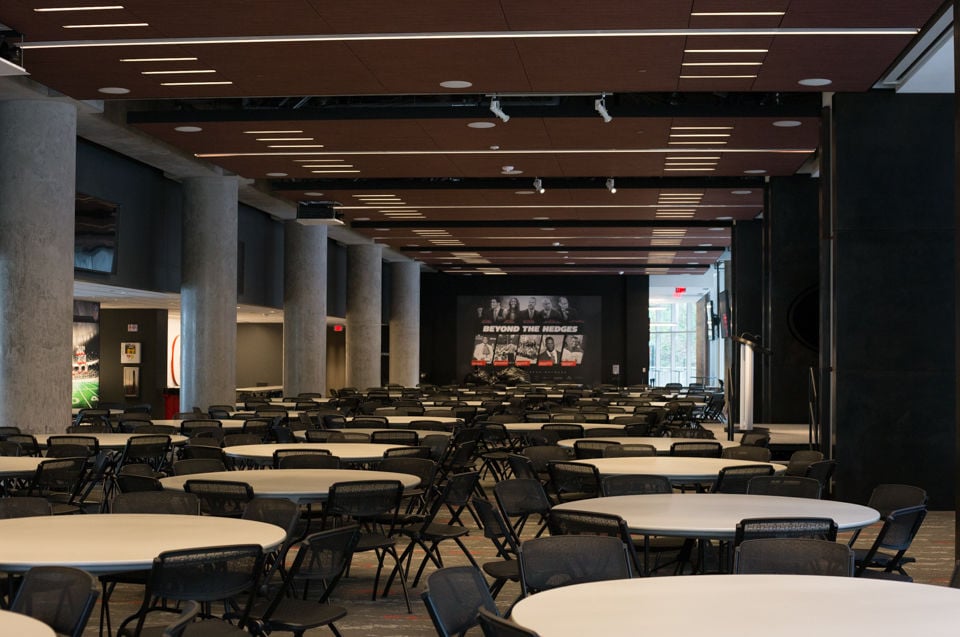 Scenes from the newly rennovated plaza inside the west end of Sanford Stadium at the University of Georgia. Athens, Ga. Sept 3rd, 2018 (Photo/Justin Fountain, justingf@uga.edu) 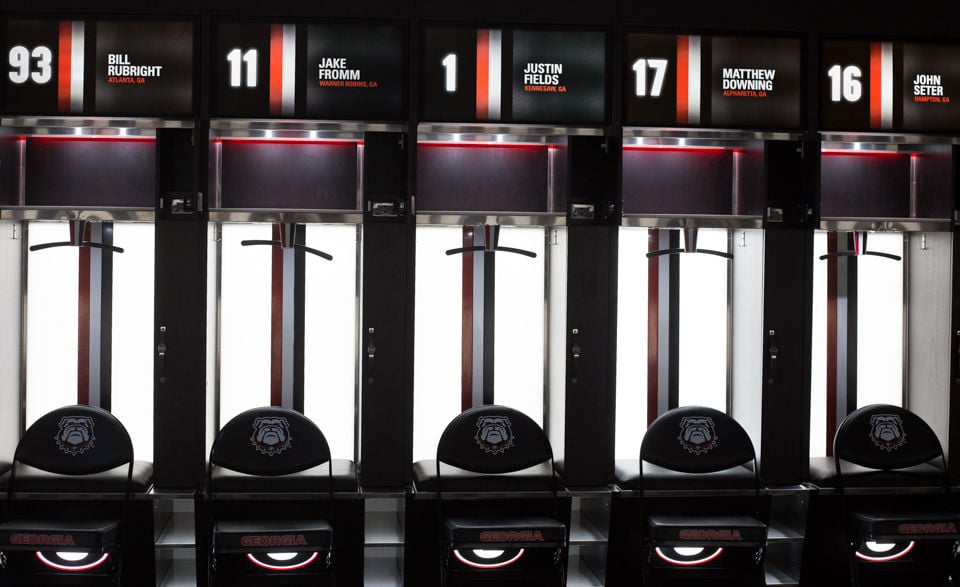 The University of Georgia Athletic Association’s West End Zone project, which reportedly cost an estimated $63 million, was put to use on Saturday for the first time by the Georgia football team.

On Monday, representatives from the athletic department provided a tour of the new facility in its entirety, including the locker room, the recruiting area and a view of the enlarged scoreboard.

“'I certainly think it’s a first-class facility, best in the country when it comes to hosting student-athletes and prospective student athletes on gameday events,” head coach Kirby Smart said.

The tour included a look at the locker room, with each locker equipped with the player’s name, number and hometown. There’s a separate locker room for coaches as well.

On the next level is the recruiting area, which Smart said on Saturday hosted around “200 recruits.” This area was equipped with a number of different tables for guests when they are hosted as well as ping pong tables and murals of former players and prominent media members that graduated from Georgia.

The room next to the elevator on the same floor has a layout of each of Georgia’s uniform combinations as well as the 2017 SEC championship trophy and the 2018 Rose Bowl trophy. There’s also an interactive board that provides information on Georgia’s traditions, past accomplishments and overall general information about the program.

On the outside there is an area that resembles a “VIP” section. A floor up is the location of the scoreboard, which is 33 percent bigger than the previous one.

The South Carolina offense, led by Jake Bentley and Deebo Samuel, presents an early challenge to a Georgia defense that has not been tested since the loss of many contributors to the NFL after last season.

The race for the SEC East crown will have a clear frontrunner after No. 3 Georgia’s road mat…

Georgia breezed past Austin Peay 45-0 in its first game of the season, but now the Bulldogs …

Often times the difference in major college football games, especially in the Southeastern Conference, occurs along the line of scrimmage. The team with the better offensive and defensive lines usually comes out on top.

Each week of the 2018 season, The Red & Black football writers will rank the teams of the Southeastern Conference. This week, The Red & Black surveys the conference after college football's opening weekend.

Georgia football held its first open practice of the week on Tuesday, with the media able to view approximately eight minutes of practice. Here are some observations from The Red & Black.

If junior defensive back Tyrique McGhee, who has been out with a foot injury since mid-August, were to return to the secondary for Georgia’s matchup with the Gamecocks, he would undoubtedly have an immediate impact.

The University of Georgia Athletic Association unanimously approved the expansion of Butts-Mehre Heritage Hall on Friday.