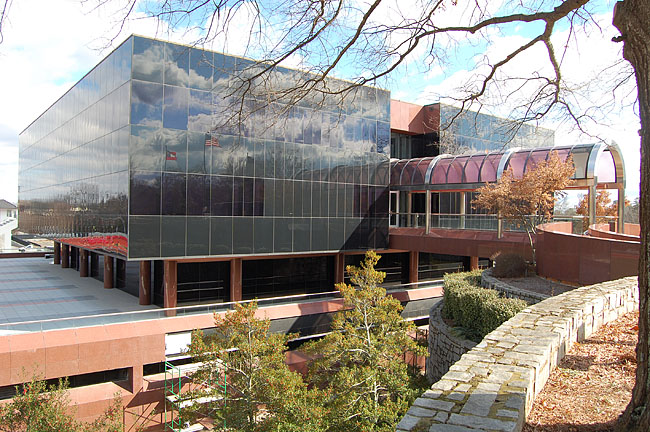 Butts-Mehre Heritage Hall is home to Georgia football's weight room and practice facilities. Athletes began to return for NCAA and SEC-sanctioned summer workouts in facilities such as Butts-Mehre on June 8. 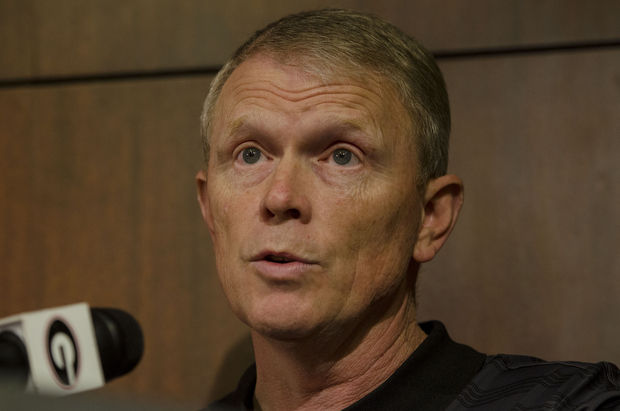 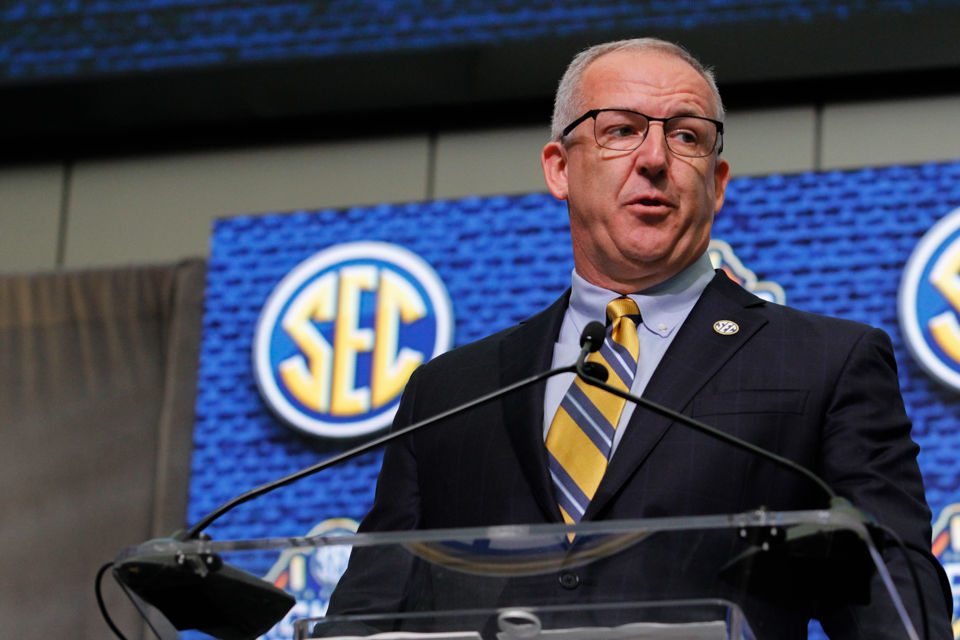 Greg Sankey, commissioner for the NCAA Southeastern Conference, speaks at the 2018 SEC Football Media Days in Atlanta, Georgia on July 16, 2018. Sankey and the SEC's 14 member school athletic directors gave the all-clear for sports to resume on May 22, two days after the NCAA did the same. (Photo/Tony Walsh)

As Georgia football players come back to Athens for recently-allowed on-campus workouts, at least two SEC schools grapple with positive tests among their returning athletes.

Up to five Alabama football players tested positive for COVID-19 according to multiple reports within the last week. The players were reported as asymptomatic and have been isolated from teammates.

Press has been denied access to team workouts by Georgia communications personnel in accordance with SEC guidelines meant to prevent coaches from learning the details of their players’ voluntary workouts.

“The interpretation of NCAA rules which prohibit voluntary athletics related activities to be recorded for the purpose of reporting such information to coaching staff members … prohibit an institution from arranging or permitting media (whether external or institutional media) to cover voluntary athletics activities,” assistant SEC commissioner for communications Herb Vincent said in a June 5 email.

Georgia and its neighbors

All SEC schools agreed to voluntary on-campus workouts for basketball and football teams starting June 8. Some schools in the conference, including Ole Miss, Mississippi State and Tennessee, took longer to finalize their decision to return to campus, while Kentucky and Vanderbilt were the last two to announce their athletes’ return.

According to Georgia’s senior associate athletic director Ron Courson’s “return to sport plan,” all student athletes will be tested for COVID-19 and must pass a medical evaluation before their return to training facilities.

Athletes and staff with pre-existing health conditions that may make them more vulnerable to the virus will be identified and given a separate plan to safeguard their health.

“There’s a lot of different things that people don’t understand that go into this,” head football coach Kirby Smart said during a virtual interview on May 28. “It’s not going to be the normal [routine]... it’s going to be completely different.”

Such differences include limiting the number of athletes working out at once and adhering to state rules on athletic facilities -- which excludes the use of the locker room and showers.

Due to aforementioned media restrictions, however, there is no way to ensure that state and university guidelines are being upheld during training.

The SEC advised its members after clearing the return of football and basketball athletes to set up a three-stage screening process for student-athletes, including before they arrive on campus, 72 hours after they enter athletic facilities, and daily screening thereafter.

LSU plans to screen on-campus athletes and staff daily before they enter athletic facilities with temperature checks and prevent on-campus contraction with viral education for coaches and athletes.

Although the SEC mandated strict cleaning and screening procedures for all member school athletic facilities, programs have prepared plans for positive tests among athletes and staff.

Georgia has a protocol set up by Courson’s plan outlined that players’ team interactions will be tracked through contact tracing and workout groups will train within their respective groups to prevent a large spread of the virus if it does happen to break out.

If positive for COVID-19, the player will have the option to return home or abide by the athletic program’s quarantine policy.

Other SEC schools issued similar plans in case the virus breaks out among players.

South Carolina, Auburn and Mississippi State, among others, will also practice contact tracing and immediate isolation of team members with positive tests.

“The biggest thing we can do [to prevent a breakout] is take care of that by making good decisions [and by] being aware,” Smart said on May 28. “We’re going to educate our guys to be safe [and] to make good decisions.”