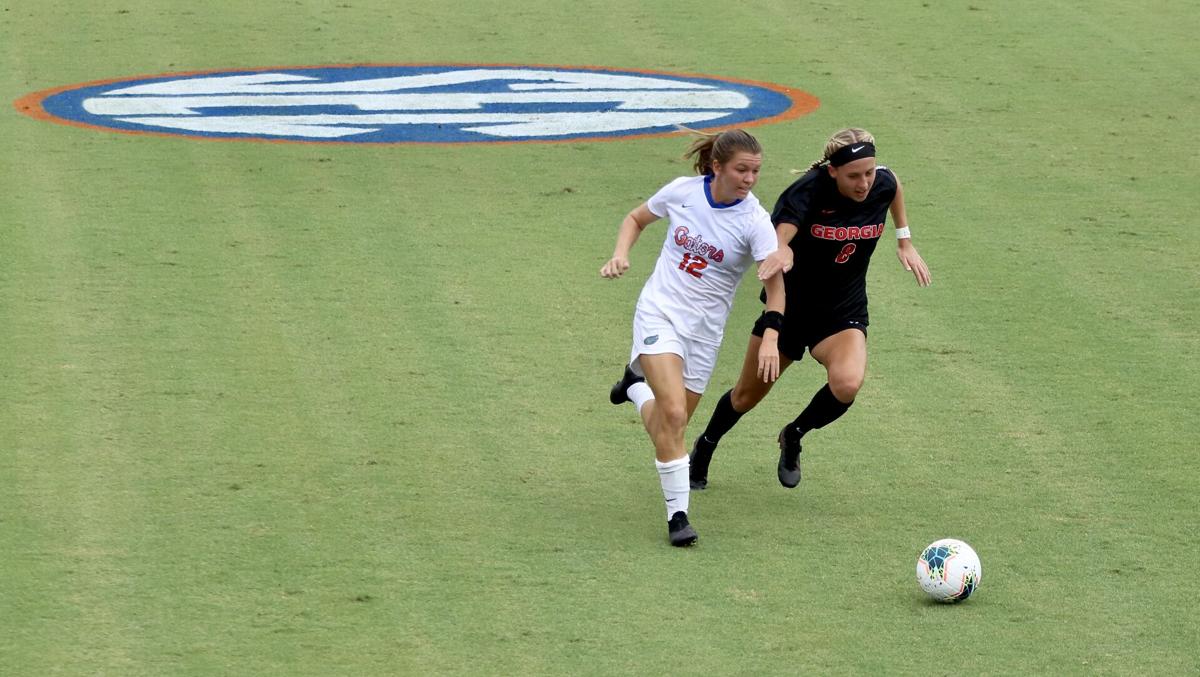 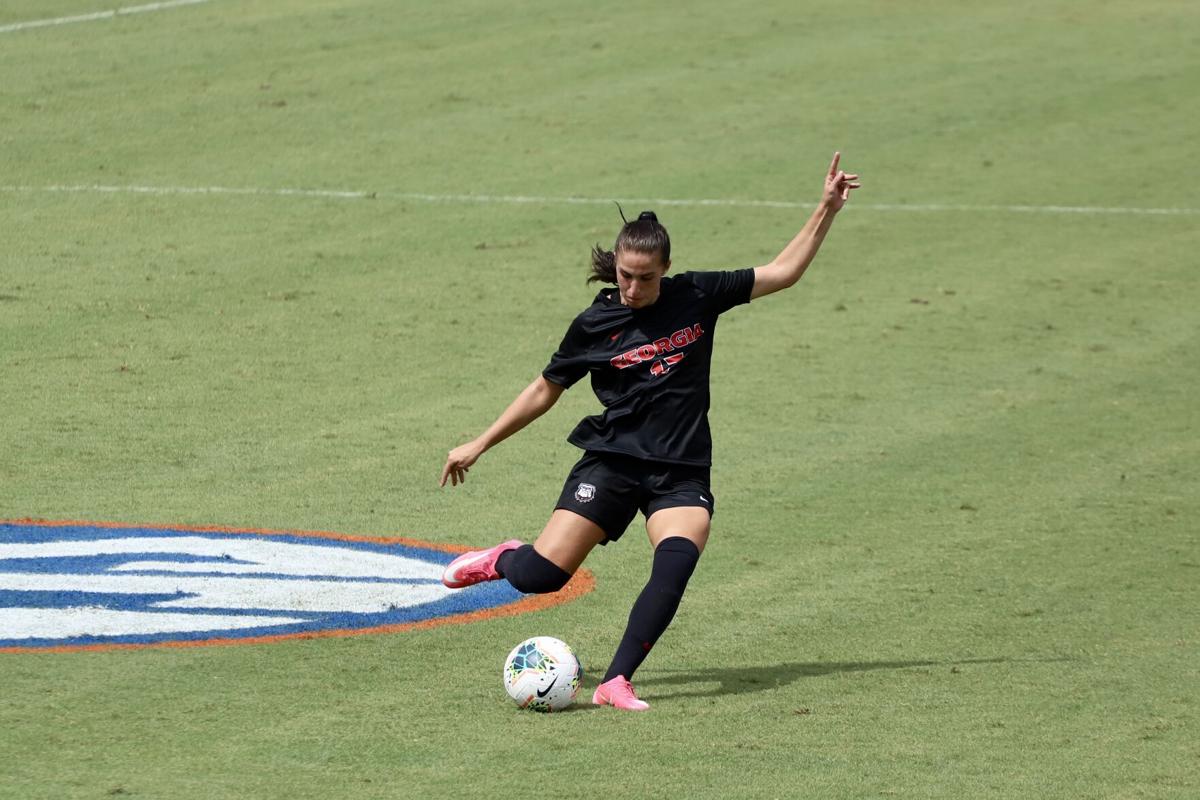 Georgia defender Jessie Denney (17) kicks the ball into play during a game on Sept. 27, 2020 in Gainesville, Florida. The Bulldogs tied the Gators 1-1. (Photo by Samantha Harrison// Independent Florida Gator)

Georgia defender Jessie Denney (17) kicks the ball into play during a game on Sept. 27, 2020 in Gainesville, Florida. The Bulldogs tied the Gators 1-1. (Photo by Samantha Harrison// Independent Florida Gator)

Georgia goalkeeper Emory Wegener saved the final shot of the game with seconds left in extra time to secure a 1-1 come from behind draw against Florida in the first road trip of the season for the Bulldogs.

“A point on the road at Florida is a good result,” head coach Billy Lesesne said. “And I’m pleased with the maturity in which we played and fought against a really good team.”

Wegener’s match-ending save capped off a seven-save performance in 110 minutes of play with both teams tied after 90 minutes of regulation.

Both teams created chances throughout the first half but it wasn’t until the 41st minute when Georgia forward Chloe Chapman leveled the match at 1-1.

Poor passing from the Florida defenders gave Chapman a one-on-one chance with the goalkeeper, and Chapman took advantage scoring her first goal of the season. She led the team with six goals in 2019.

“To come here, go a goal down and get one back before the half gives us a lot of confidence,” Lesesne said. “We were able to battle back and I’m really proud of the commitment from our team.”

The Gators pushed for a late match-winner taking two shots on target, but Wegener kept both attempts to end the match at 1-1. The draw is Georgia’s second-ever tie at Florida in program history, and the Bulldogs are still looking for their first-ever win in Gainesville, Florida.

Georgia will return home to take on Tennessee in its next match on Oct. 3.

Following a quarterfinal appearance in the NCAA tournament during her freshman year at Florida State, sophomore defender Ali Kalayjian elected to transfer to Georgia. But her time on the field in Athens will have to wait another year.

For the first time since March 11, there were collegiate sports in Athens as the Georgia soccer team hosted defending SEC champion South Carolina.

In their final season as Bulldogs, senior captains Kayla Bruster, Mollie Belisle, Ashley Andersen and Katie Higgins are poised to make the most of their leadership roles by using their own experiences at Georgia to establish a long-lasting culture for the soccer program.

No. 8 Georgia soccer remains unbeaten with 1-0 win over Tennessee

Abby Boyan scored the lone goal of the match in the 30th minute to propel Georgia to 2-0-1 on the season.