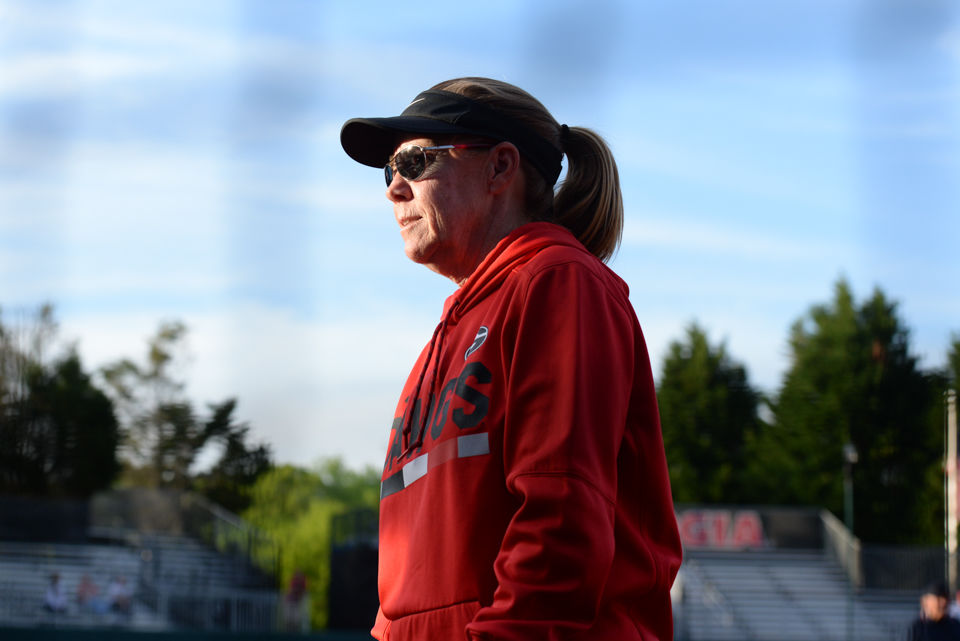 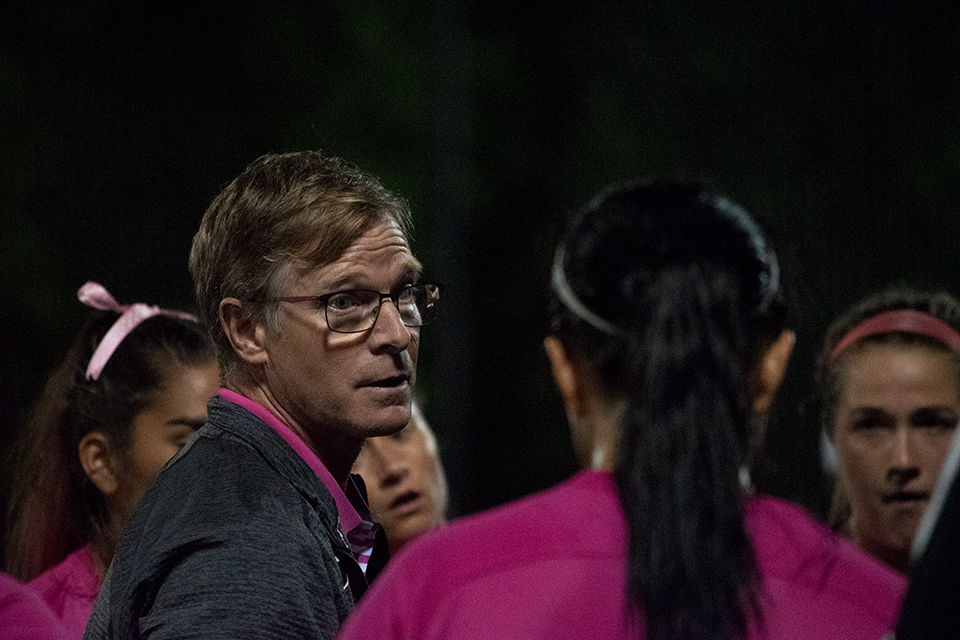 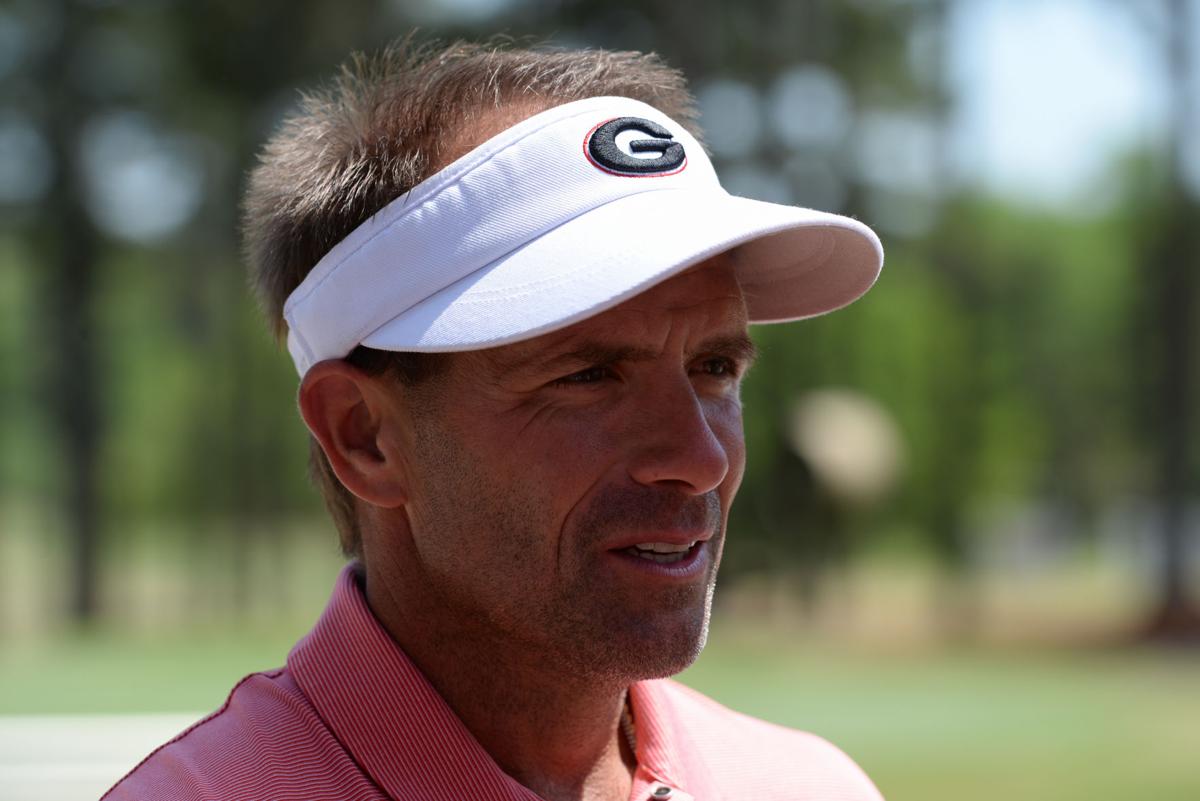 The regular signing period for NCAA sports other than football began on Nov. 13. The basketball early signing period ended on Nov. 20 while the rest of the sports can sign athletes until Aug. 1, 2020. Here is a look at where the 2020 classes for Georgia sports stand as of Nov. 20.

Four of the recruits — Cayla Bishop, Aniyah Black, Sydney Chambley and Madison Kerpics — are from the state of Georgia. Bishop and Black were both recruited as infielders and are in Extra Inning Softball’s Elite 100 list. Chambley was recruited as an outfielder and first baseman and Kerpics as a pitcher.

The Georgia gymnastics team announced the addition of three players for the 2020 signing class. All three of the new Bulldogs — Nhyla Bryant, Katie Finnegan, and Victoria Nguyen — will be coming from out-of-state.

Bryant has spent her previous time training in her hometown of Raleigh, North Carolina, at the Raleigh School of Gymnastics. Her accolades include coming in ninth at the 2019 Junior Olympic Nationals, as well as a 2018 Level 10 N.C. State Qualifier with numerous Top 10 finishes throughout her career.

From Kings Park, New York, Finnegan will join Georgia after training with APEX Athletics. She is a five-time New York state champion and two-time Region 6 champion. Finnegan also placed top seven or better at nationals two years in a row, including her third-place finish on bars at nationals in 2018.

Nguyen, the third signee, comes from Houston, Texas. She recently trained at Everest Gymnastics in North Carolina and finished second in 2017 in the all-around, representing Team USA in the London World Cup. In 2019, she finished sixth on vault during the American Classic in Salt Lake City. — Austin Roper

“We are absolutely thrilled with our 2020 incoming class of signees,” Boenig said. “From top finishes in Big Equitation Finals and World Championships to 4.0 GPAs to leaders in service, I believe this class will have a big impact on our success from the moment they step on campus in the fall.” — Alyssa Beebe

Georgia swimming and diving head coach Jack Bauerle signed seven recruits to the class of 2020. Of the six swimmers, Luca Urlando of Sacramento, California, and Jake Magahey of Dacula, Georgia, rank in the top five of this year’s recruiting class, according to SwimSwam.

Meghan Wenzel (Lansdale, Pennsylvania) was the only diver to sign with the Bulldogs. — William Newlin

The soccer team officially signed seven players on Nov. 14. The signees will join a team that will consist of nine sophomores, eleven juniors and eleven seniors.

Of the seven fresh faces, one athlete who stands out is Alexis Parker of Westmont, Illinois. She advanced to the Final Four of the 3A State Finals and was named All Conference Soccer Player for West Suburban Conference. Parker, who also played basketball and golf, traveled overseas to play soccer for the Youth World Cup in Sweden, the San Marino Cup in Italy, and the Dana Cup in Denmark.

On Nov. 18, The Georgia women’s tennis program announced the signing of Ariana Arseneault, a highly touted Canadian recruit ranked No. 669 in the world in doubles.

Arseneault had an impressive summer, posting several wins against professional talent. In her first three singles tournaments of July, she collected three wins over world-ranked opponents. She then competed in an ITF 80K tournament in Granby, Quebec, where two wins in the qualifying matches earned her a spot in the main draw. She proceeded to defeat Rebecca Marino, fellow Canadian ranked No. 172 in the world, before falling in the round of 16.

In August, Arseneault was able to advance to the quarterfinal round of the ITF J1 in Repentigny Canada, where she defeated Natsumi Kawaguchi, currently ranked No. 7 in the world among ITF Juniors. It’s also worth noting that she was able to compete in the qualifying rounds of the Rogers Open, a Tier 1 WTA event hosting many of the world’s top players.

Arseneault formerly trained at the National Centre in Toronto before making the switch to her current coach, Mike Hall at ACE Tennis in Burlington, Ontario. Next fall she’ll make an even more drastic change when she moves south to Athens and begins her career as a Bulldog. — Larry Meisner

The Georgia women’s golf team signed Holpfer and Mahe on Nov. 13. Holpfer is ranked No. 40 in the world with Mahe coming in at No. 41, according to the World Amateur Golf Rankings.

Just two weekends ago, Mahe won gold and silver medals at the Spirit International Amateur Championship at Whispering Pines Golf Club in Texas. She helped France to secure a 37-under score in the tournament to win the title and have a 21-under to finish second in the women’s field.

“Candice [Mahe] is truly a competitor,” head coach Josh Brewer said. “A lot of that comes from representing France multiple times and wanting to win as a team. … She’s really close to [current Georgia golfers] Caterina (Don) and Célesete (Dao). They really convinced me to recruit her harder, and I’m sure glad they did.”

Holpfer has 28 top-10 finishes in 82 events since 2014. Holpfer was first noticed in the golf world when she became the youngest to ever win the Austrian Match Play Championship in 2014. She has since won the 2015 Irish Women’s Amateur, the 2018 Slovenian Amateur and the 2018 English Women’s Amateur. — Jessica Thornton

Parker Rostowsky and JT Herman officially signed on Nov. 15, according to the team’s social media accounts. Rostowsky, a Kennesaw native, is the brother of Mitchell — a member of Georgia’s club golf team and a former kicker on the Bulldogs’ football team — and Kennesaw State golfer Conner Rostowsky. Herman is a native of Hilton Head, South Carolina. — Henry Queen

Katie Heenan Dodson, a former All-American and Honda Award winner for the University of Georgia, joined the gymnastics staff as a volunteer coach on Tuesday, July 2.

Here is a look at where the 2019 recruiting classes for multiple Georgia sports stand as of Nov. 17.

No. 2 Georgia equestrian loses to No. 1 Auburn 16-4 in fall season finale

The Bulldogs head into the second half of the season with a 5-2 record overall and 1-2 in conference action.

The Georgia women’s basketball team lost its second game of the season to the Villanova Wildcats 63-58 on Sunday in Stegeman Coliseum.

From France to Georgia: How Baptiste Anselmo ended up with the Bulldogs

The Red & Black will preview the upcoming spring season with stories on each of the four freshmen, three of whom are from outside the United States. Part one focuses on Baptiste Anselmo.

From Brazil to Athens: How Mateo Reyes made his way to Georgia

Mateo Reyes was new to the Georgia tennis team this August but quickly found his place as a doubles player alongside sophomore Blake Croyder.

Throughout the fall season, the Georgia women's tennis team saw much success, resulting in six of nine players earning top 125 rankings. The team’s performance as a whole showed promise.

Freshman riders Rachel McMullen and Bay Noland-Armstrong will spend their break from collegiate competition at the Winter Equestrian Festival (WEF) in Wellington, Florida.

The Georgia GymDogs showcased much of their 2020 roster on Tuesday evening inside Stegeman Coliseum during the annual First Look event — only this year, with a new format.

Georgia softball came in at No. 6 in the SEC’s Preseason Coaches’ Poll released Wednesday. The ranking put the Bulldogs immediately behind rival Florida and just ahead of Arkansas.

The Georgia track and field team continued to show improvement during the first day at the Bob Pollock Invitational in Clemson, South Carolina, with several Bulldogs recording either season or personal bests Friday.

Experience and veteran leadership are key to any team’s success, and the 2020 Georgia softball team has both.