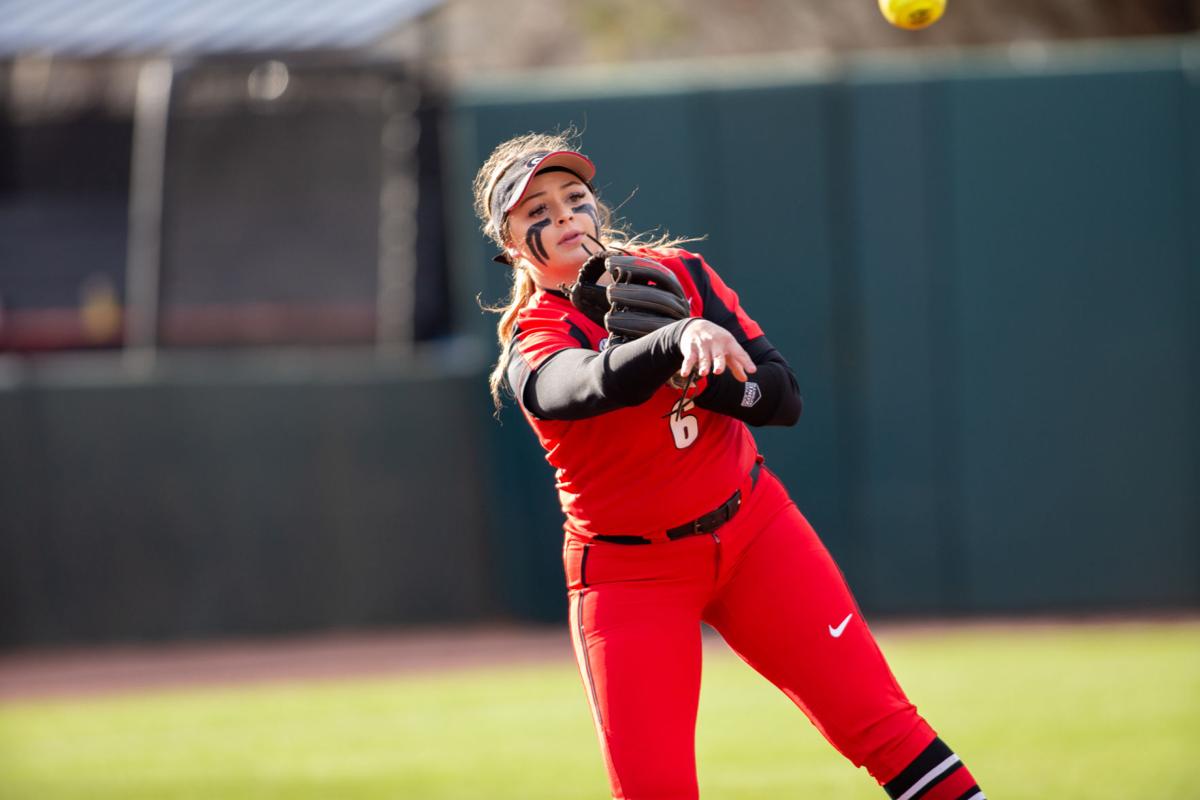 Georgia infielder Sydney Kuma (6) throws the ball toward first base during a NCAA softball game against Howard University on Friday, Feb. 7, 2020, at the Jack Turner Softball Stadium in Athens, Georgia. The Bulldogs defeated the Bison 11-1 in five innings. (Photo/Julian Alexander, jalexander@randb.com) 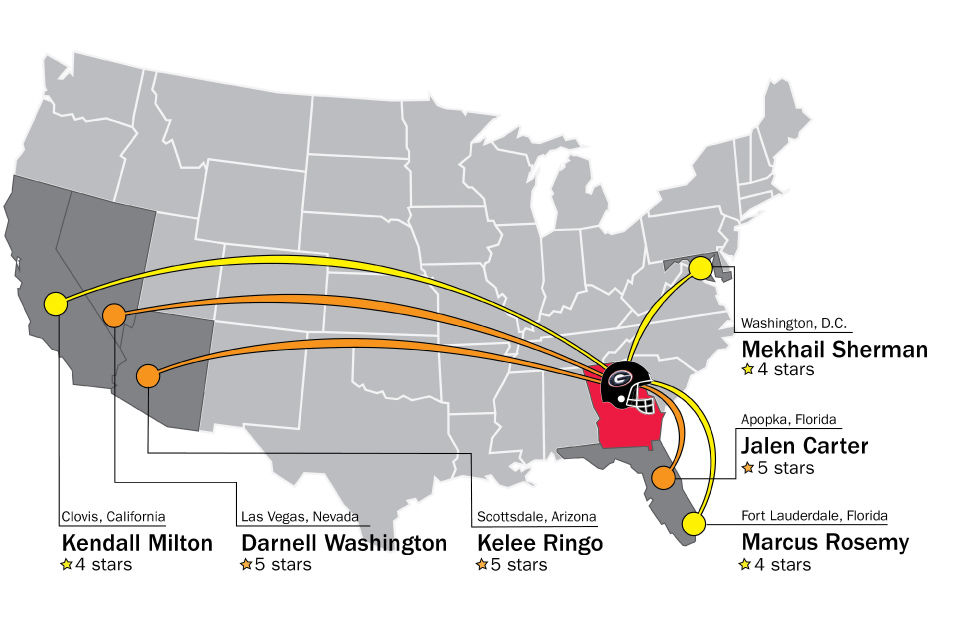 Covering every Georgia sport is a noble pursuit taken on by only one media outlet. With such constant coverage, it can be easy for some stories to get buried by more recent breaking news and go unnoticed. For that reason, The Red & Black sports offers the Sunday reads series, recapping the week’s top sports headlines. You can check in and read the synopses, original articles or head to our favorite sports-related photo galleries.

This week, Georgia football signed its second No. 1 ranked recruiting class in three years. Both women’s and men’s basketball lost to SEC opponents, and softball won with ease on its opening weekend.

After beating out Alabama for the nation’s No. 1 recruiting class, Kirby Smart has established Georgia as a top recruiting program. Interestingly, Georgia has been looking outside the state for the majority of its talent, trending away from keeping talent in-state. In 2016, more than 77% of the recruiting class was made up of in-state players. This season, it was 32%.

Chasing stars: Kirby Smart reaches outside the state of Georgia for bulk of No. 1 recruiting class

In its opening day, Georgia softball won its first two games by a collective score of 21-2. The Bulldogs defeated Howard and Kent State 11-1 and 10-1, respectively. In the first games of her college career, freshman Sara Mosley served as the cleanup hitter, going 3-4 with four RBIs.

Katie Heenan Dodson earned a World Championship bronze medal in Ghent, Belgium in 2001, and she joined Georgia’s staff in July 2019 as a volunteer assistant coach. Heenan Dodson, a former GymDog herself, now predominantly trains gymnasts on floor, where the GymDogs recently scored a 49.6 against Auburn — the team’s highest overall floor score in three years.

The other residents of Stegeman Coliseum had an unfortunate week, with both teams ending up on the losing end of close matchups. Women’s basketball fell 73-65 against Missouri.

The week in sports came full-circle as Alabama defeated Georgia 105-102. The high-scoring game was tied at 92 at the end of 40 minutes, and the Crimson Tide came away with the win in overtime.

The Georgia softball team kicked off the season on a bitterly cold day at the Jack Turner Softball Stadium on Friday, Feb. 7, 2020. In game on…

No. 3 Georgia equestrian aims to defeat longtime rival No. 1 Auburn at home

The last time Georgia and Auburn met was April 20 at the 2019 NCEA National Championship where Auburn took home the title in a close 8-7 victory.

GymDogs earn season-high away score of 196.75 in loss to Arkansas

In the first game of Sunday’s doubleheader, the Georgia softball team defeated UNC Wilmington by a score of 10-2.

Georgia and Clemson will be meeting on the gridiron sooner than previously expected.

Several former Georgia football stars will take the first step of their professional careers as they head to the NFL Scouting Combine at Lucas Oil Stadium in Indianapolis Feb. 23-March 2.