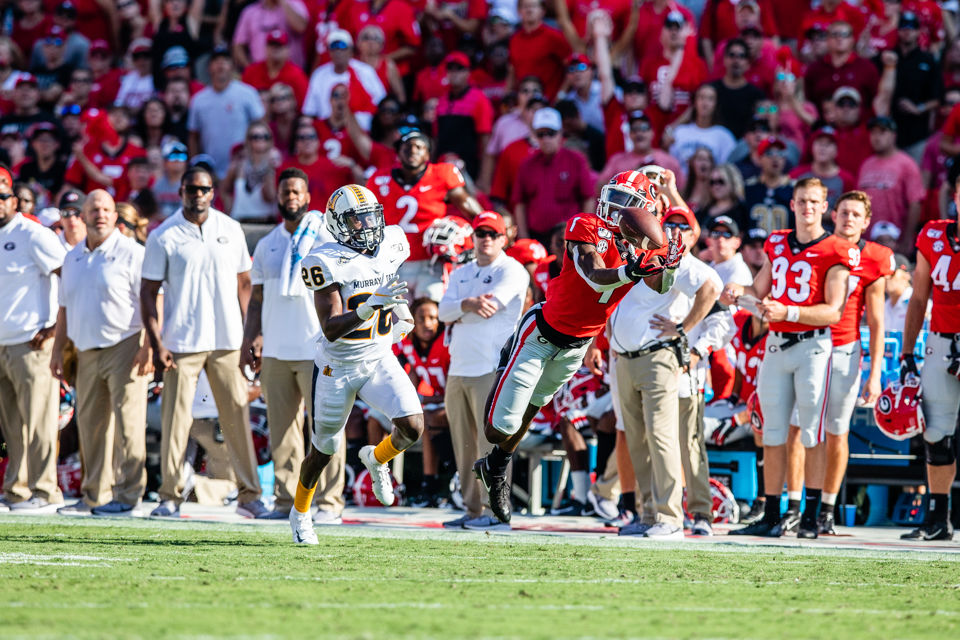 Georgia wide receiver George Pickens (1) dives to make a catch during the first half of Georgia’s home opener against Murray State University in Sanford Stadium on Saturday, Sep. 7, 2019, in Athens, Georgia. At the end of the half, the Bulldogs led the Racers 42-7. (Photo/Ryan Cameron, rcameron@randb.com) 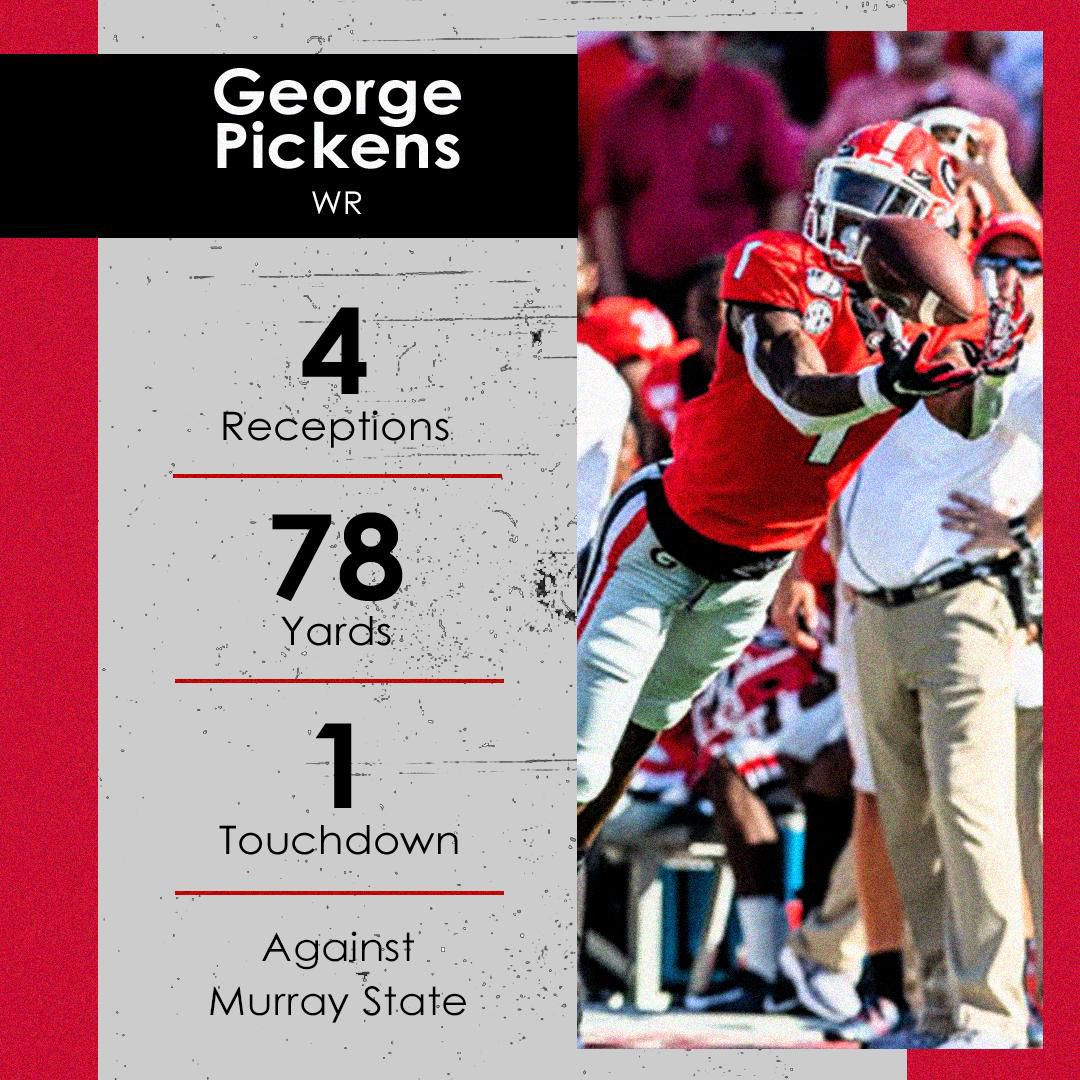 After every Georgia football game, The Red & Black will examine a key play from Saturday’s game. This week, we take a look at George Pickens’ 43-yard reception during Georgia's 63-17 victory over Murray State.

Georgia led Murray State 28-7 with seven minutes left to go in the first half. The Bulldogs had just taken over at their own 20-yard-line following a punt from the Racers.

Despite seeing some playing time in his first game as a Bulldog last week, George Pickens failed to record a reception against Vanderbilt in Week 1. The freshman made sure that didn’t happen again in his first game at home. He didn’t see much action in the first quarter against the Racers, but the former five-star prospect got his number called toward the end of the first half.

The Bulldogs were in the shotgun with a two-back set on first and 10. Running back James Cook motioned right as the ball was snapped, leaving Pickens alone on the short side of the field. Pickens ran a simple streak route straight up the sideline and glided past Murray State corner Cortez Roberts. Had Fromm’s pass caught him in stride, Pickens would have strolled into the end zone. Instead, Fromm threw the ball just a bit too far, and Pickens laid out at full stretch to make a diving grab. Two plays later, Pickens caught a 15-yard touchdown pass.

“George [Pickens] has been a great receiver for us,” Georgia safety J.R. Reed said. “He’s going to be a mismatch for some teams.”

No. 3 Georgia defeated Murray State 63-17 on Saturday at Sanford Stadium. Check out some observations from the game.

For young and inexperienced players, early games against weaker opponents are often the best chances to show what they can do when given some playing time.

Smart’s Soundbites: Georgia’s reputation at running back, the turnover situation and more

Kirby Smart met with the media on Monday ahead of Georgia’s game on Saturday against Arkansas State. He discussed Georgia’s rushing game and the strategies the team uses to prevent turnovers. He also provided injury updates on Isaiah Wilson, DJ Daniel and Julian Rochester.

Georgia football opened practice up to the media for ten minutes on Monday afternoon. Check out some observations.