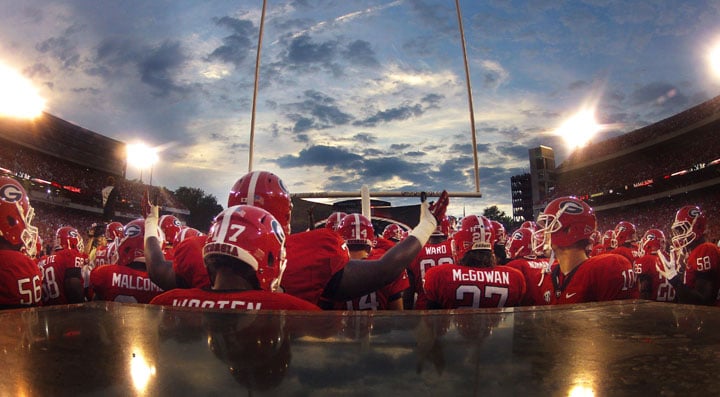 The spring of 2013 has been a successful Bulldogs' athletics in virtually every sports. There have been some key moments that have defined this semester. So, here are the top-five headlines in sports so far this semester. 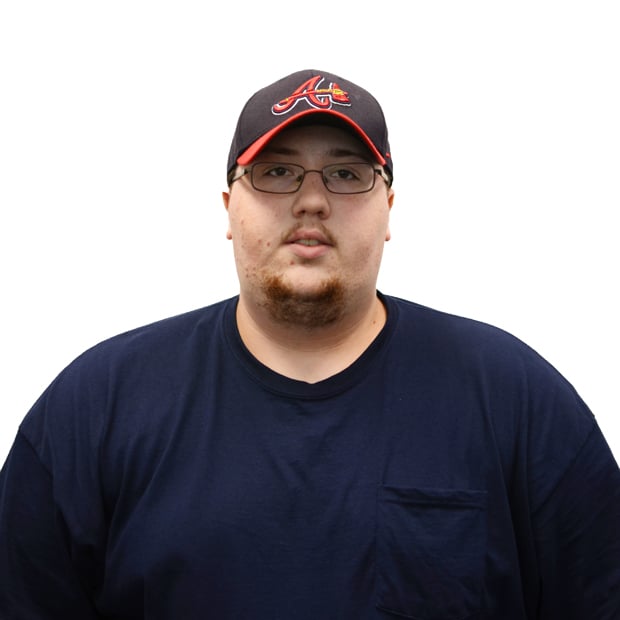 The spring of 2013 has been a successful Bulldogs' athletics in virtually every sports. There have been some key moments that have defined this semester. So, here are the top-five headlines in sports so far this semester.

The University of Georgia has been in existence since 1785, and there are countless traditions that have emerged over those many years. They are what give the school color, character and what we are expected to pass down to the younger generations of Bulldogs to follow.

Here are just a few of the many famous symbols and time honored traditions Georgia's campus will offer students:

The Arch, located on North Campus facing Broad Street in downtown Athens, has arguably become Georgia’s most significant and well-known symbol. It has even been used to represent the university’s three pillars—wisdom, justice and moderation. It would be impossible to count how many high school visitors, freshmen and graduating seniors I’ve seen taking pictures in front of the Arch, so it has also become a popular tourist site on campus.

The Chapel Bell, also on North Campus, has a longstanding tradition at Georgia. Originally, it was used to dismiss classes throughout the day. Over the years, though, that practice was made obsolete. The Bell’s new tradition became rooted in football. After every home victory, freshmen were required to help ring the bell constantly until midnight. If the day’s victory had been over Georgia Tech, though, the Bell would ring all night long. The practice of ringing the Chapel Bell after football victories is still in place—although it is no longer a requirement of freshmen—and students can pretty much ring it any time they want to.

One of the best parts of the fall at Georgia is homecoming week. Throughout the week, many special events occur on campus, which are put on by the Student Union. For example, there is usually a special tailgating/pep rally event. Also, the portion of Sanford Drive in front of the Tate Student Center gets a fresh coat of paint. Finally, the homecoming parade takes place in downtown Athens the Friday before the homecoming game. At halftime of the homecoming game, the winners of homecoming king and queen are announced on the field at Sanford Stadium.

This is one of Georgia’s newest traditions — it started in 2011. Freshman Welcome is held the Sunday before classes begin, and gives all freshmen the chance to come inside Sanford Stadium to learn about football game day traditions. Also, many members of the faculty, usually including head football coach Mark Richt and the university’s president, speak briefly to Georgia’s newest students about their upcoming experiences, and of what is expected of them as students. Finally, after learning game day procedures and being welcomed by faculty, the freshmen are then brought onto the field to take a class picture — the students collectively form the “G” in the middle of the field.

Georgia is home to three of the most well-known and recognizable mascots in college athletics — Uga, Hairy Dawg and Spike.

The Uga mascot was first introduced with “Uga I” in 1956. Since then, eight more English bulldogs have been used to fill the role of Uga. “Russ” is the most recent Uga, and was officially named the mascot last year. Uga has appeared on numerous lists of the top mascots in college football, so it is one of the most well-known mascots in the entire country.

Hairy Dawg is probably the most beloved mascot on campus, simply because it has appeared nearly everywhere. Hairy is at every major sporting event, and is used very often in advertisements — for example, the very entertaining “Hairy Dawg — Stadium Defender” videos that air at Sanford Stadium, Stegeman Coliseum and Foley Field.

This is a tradition that every student should know and participate in. Simply, it’s a battle cry of sorts. To “Call the Dawgs,” raise your right hand above your head, swing it around, and say “Gooooooooo Dawgs! Sic ‘em! Woof! Woof! Woof! Woof!” This practice is used by all of Georgia’s sports teams, and many students do the call at any time.

This event occurs before every home football game. As the crowd and Redcoat Band line up in front of the main entrance of Sanford Stadium, the football team files in to begin pregame warm ups. The band usually plays a few of the fight songs, while the crowd cheers for the players. Over the years, this has become a pretty popular thing to experience. Just arrive early for the game, and you’ll be able to see it for yourself.

This is probably my personal favorite Georgia tradition. Just before the start of home football games, a trumpet solo by a member of the Redcoat Band begins from the southwest upper deck section of the stadium. Once the solo is complete, Larry Munson’s voice sends chills up the spines of Georgia fans, as he narrates a highlight package that includes footage of Georgia greats, such as Herschel Walker, Lindsay Scott and David Greene. While the video is displayed, the Redcoat Band plays the Battle Hymn of the Republic. This is an awe-inspiring experience if you grew up listening to the late Munson announce Georgia football games on the radio, and is a spectacle that is near and dear to the hearts of those in the Bulldog nation.

The historic hedges surrounding the field at Sanford Stadium have been in place since 1929, and sports writer Grantland Rice first used the phrase “Between the Hedges” in 1930. Students should take full advantage of the cheap student ticket prices and experience games in Sanford Stadium. It is an exciting, unique experience that can’t be felt anywhere else. The hedges are a special sight to see, and make Georgia stand out that much more from the rest of college football’s teams.

In all of Georgia’s athletics, rivalries play a major role. Although Georgia rivals every other SEC team, its biggest rivals are Florida, South Carolina, Auburn and Georgia Tech. Many outside of the Georgia fan base and the fan bases of those teams believe these rivalries are dead, especially the Clean, Old-Fashioned hate felt between Georgia and Georgia Tech fans. However, experiencing these games for yourself will make you realize that these rivalries are still very prevalent. This is true for every sport, not only football.

The Howlin' Brothers go from house painters to World Famous

What do you do when your band blows up?

While Snipes is enthusiastic about his first round of signings, he’s seen enough book tours to know not to get overexcited.

Back to class: fall 2013 movie lineup is full of promise and dread

After the prolonged explosion that was 2013’s summer of blockbusters, most movie lovers will likely be ready to settle in and sit back as the slightly less frantic energy of fall 2013’s film slate washes over them.

Forty new faculty and staff members at the University of Georgia traveled across the state, visiting 10 cities and passing through 35 counties as a part of the Office of the Vice President for Public Service and Outreach’s UGA Beyond the Arch program on a new faculty tour.

On Aug. 28, 1963, about 250,000 peoples of various races, cultures, backgrounds and ages came together in Washington to create the March on Washington for Jobs and Freedom.

Saturday in Athens is the epitome of many college students’ experience at the University of Georgia. As a large SEC school with one of the mos…

Georgia lost a boatload of defensive talent this offseason, but the Bulldogs' young and inexperienced group of linebackers could easily surpass its tempered expectations.

Sandra at Snelling! Also, the bats at sanford stadium, the walk-on ugas. Freshmen not walking under the arch. The alumni band and alumni cheerleaders at homecoming. Redcoat band camp on campus during the summer, when the drumline used to play out at Stegeman, now they play at ECV. Camping out for away game tickets at Stegeman, even though they don't do it anymore. Loran, whaddya got? walking around with an old world war I short wave radio attached to his belt broadcasting from the sidelines. Being upset with Dr. Adams about one thing or another. Lewis McDonald Grizzard Jr.