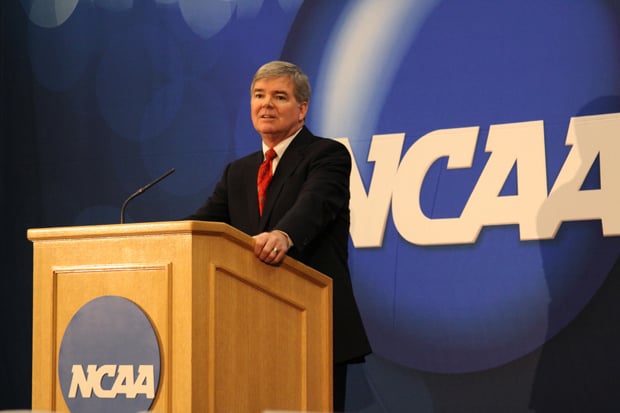 Mark Emmert speaks during a news conference after being named NCAA president on April 27, 2010. 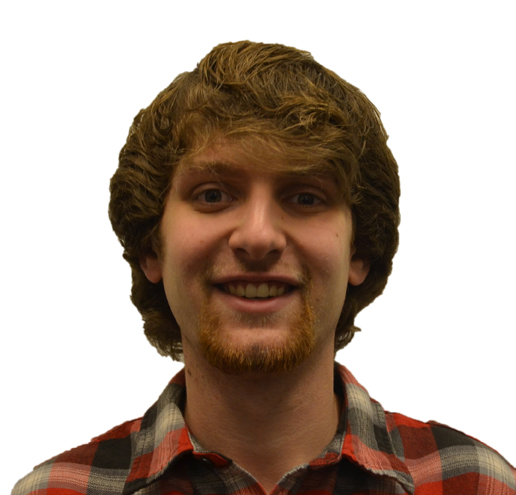 Mark Emmert speaks during a news conference after being named NCAA president on April 27, 2010.

Auburn University: infamous for its two mascots, its two dead trees and now, the two separate reports alleging that Auburn’s athletic department is guilty of some degree of wrongdoing.

I’d wager the only people surprised by this news include three elderly Auburn fans, Aubie the Tiger and NCAA president Mark Emmert.

And that’s the huge problem in college athletics nowadays — the NCAA powers that be are running a morally bankrupt institution that can’t keep its own programs in line.

In Auburn’s case, there is reason to be suspicious of these allegations. Former defensive back Mike McNeill was served a minimum three-year sentence on Monday in the wake of his armed robbery, and was reportedly hung out to dry by team officials following his arrest. He would have more than a couple of reasons to accuse Auburn of paying its football players, interfering with police, etc.

This loosely ties into the other report — that several football players failed drug tests for smoking spice (synthetic marijuana) but were never punished. McNeill and others have claimed that spice fueled the attempted armed robbery that led to their arrests, but that is a stretch at best.

Whether the school reported these failures is one thing, but as far as we know Auburn’s drug-testing policy was in line with requirements at that point in time.

It’s still totally possible some of what McNeill says is true.

Auburn’s track record is far from spotless — the school escaped punishment for paying Cam Newton because “daddy took the money” — and it wouldn’t surprise anyone to learn that the Tigers changed grades, ignored failed drug tests or slipped their players some cash on the side.

But will anything come of these accusations? We know how inept Emmert and the NCAA have been at keeping powerful athletic programs in line. The Miami investigation was completely botched. The association is also facing a lawsuit for overstepping its authority in punishing Penn State for the Sandusky scandal.

USA Today even conducted an in-depth investigation into Emmert’s own past as a university administrator, which is full of questionable leadership decisions.

Auburn has traditionally gotten off the hook under Emmert, and sadly I believe it will continue to do so because the NCAA can’t make anything happen, or when it does it goes too far.

We live in an age when the money tied to college athletics is almost unfathomable. Look at any smaller-sized school — Kennesaw State or Georgia State, for instance — and you’ll see them trying to build their athletic programs, because that’s easy street to cash central.

Consider the curious case of Kevin Ware, whose leg bent in directions I never want to see again.

Adidas, in conjunction with the NCAA, began selling T-shirts in reference to Ware, No. 5 on the Louisville Cardinals. You could even get one yourself for the bargain price of $24.99.

Ware receives none of that. If his recovery does not go as planned, he could even lose his athletic scholarship, the “payment” his school owes him. His future is at stake, and the NCAA is using his story to nickel and dime everyone along the way. It’s disgusting.

And that’s why the NCAA’s over-emphasis on the “student-athlete” is entirely bogus. Athletics first, classroom second has been the modus operandi for a long time running, and that won’t change any time soon.

As long as the schools keep making money, we will never see any of the “change” that Emmert so pompously alludes to in college athletics. There’s no just integrity, no backbone to support that talk.

—Alec Shirkey is a finance and English double-major from Dunwoody

An unknown suspect called a University of Georgia student Tuesday around 11:09 a.m. and said he was holding the student’s brother hostage.

There were some new faces on the first-team defense that suited up for the Black Team during Saturday’s annual G-Day game.