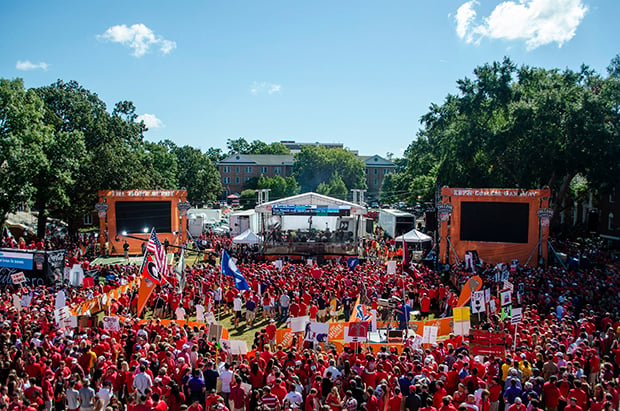 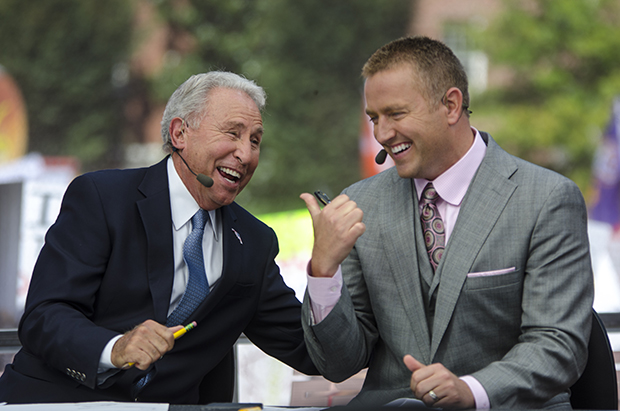 For the first time since 2013, "College GameDay" is coming to Athens. ESPN announced the location of next week's three-hour studio show on Saturday.

The last time Georgia's campus hosted "College GameDay" was on the morning of the Bulldogs' 44-41 win over No. 6 LSU on Sept. 28, 2013. Georgia, ranked No. 9 at the time, ended up losing five games that season, including a loss to Nebraska in the Gator Bowl.

The confirmed location of "College Gameday" will be Myers Quad.

The TV set was also located on Myers Quad in 2013. The SEC Network's "SEC Nation" pregame show typically sets up at the Myers Quad when it comes to Athens. However, the show's location was moved to the lawn in front of the Special Collections Library before the UMass game last year.

Both "College GameDay" and "SEC Nation" paid a visit to Jacksonville last season ahead of the Georgia-Florida game. It was the first time "GameDay" attended the rivalry since 2005.

The only other times GameDay has come to Georgia's campus was in 1998 and 2008 against Tennessee and Alabama, respectively. The Bulldogs lost both games.

No. 3 Georgia leads Arkansas State 34-0 after a dominant offensive performance. Here are some takeaways from the first half.

University of Georgia Catholic Center will host Notre Dame fans for pre-game Mass at Clarke Central High School on Sept. 21. The Mass will be held at 1 p.m. before the Bulldogs face the Fighting Irish at Dooley Field at Sanford Stadium for the first time.

Kirby Smart met with the media on Monday ahead of Georgia’s game on Saturday against Notre Dame. He previewed Notre Dame, reflected on the 2017 season and provided injury updates.

‘We’re used to games like this’: Georgia football not afraid of the national spotlight

The last top 10 matchup in Sanford Stadium was in 2013 when the Bulldogs defeated LSU 44-41. This is also the first time ESPN’s “College GameDay” is coming to Athens since that LSU game. CBS will broadcast Saturday’s game at 8 p.m.

This weekend has become quite the reunion for Georgia alumni Maria Taylor and David Pollack, two of ESPN's "College GameDay" analysts.

As the year comes to a close, we are looking back at our top stories of the year from each desk. Here are our 10 most-read sports stories of 2019.