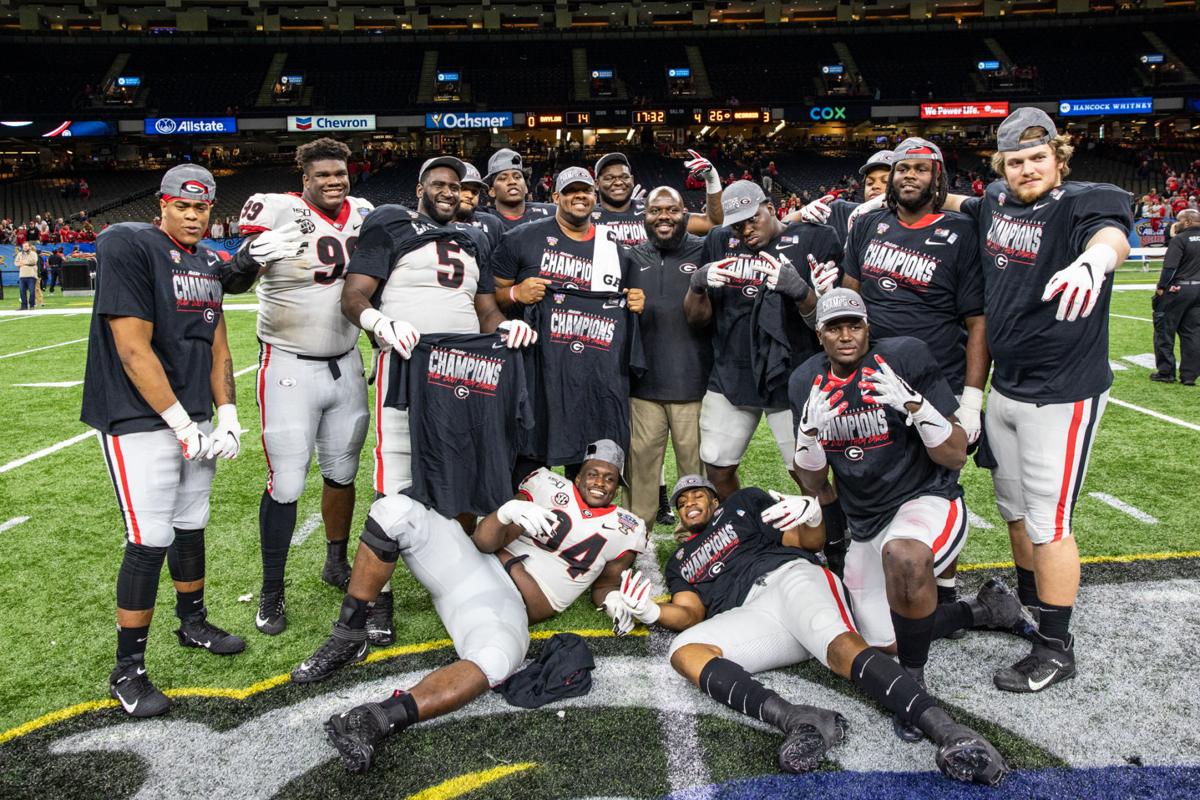 Georgia players pose for a photo. The Georgia Bulldogs defeated the Baylor Bears in the Allstate Sugar Bowl on Jan. 1, 2020 in the Mercedes-Benz Superdome in New Orleans, Louisiana. The final score was 26-14. (Photo/Ryan Cameron, rcameron@randb.com) 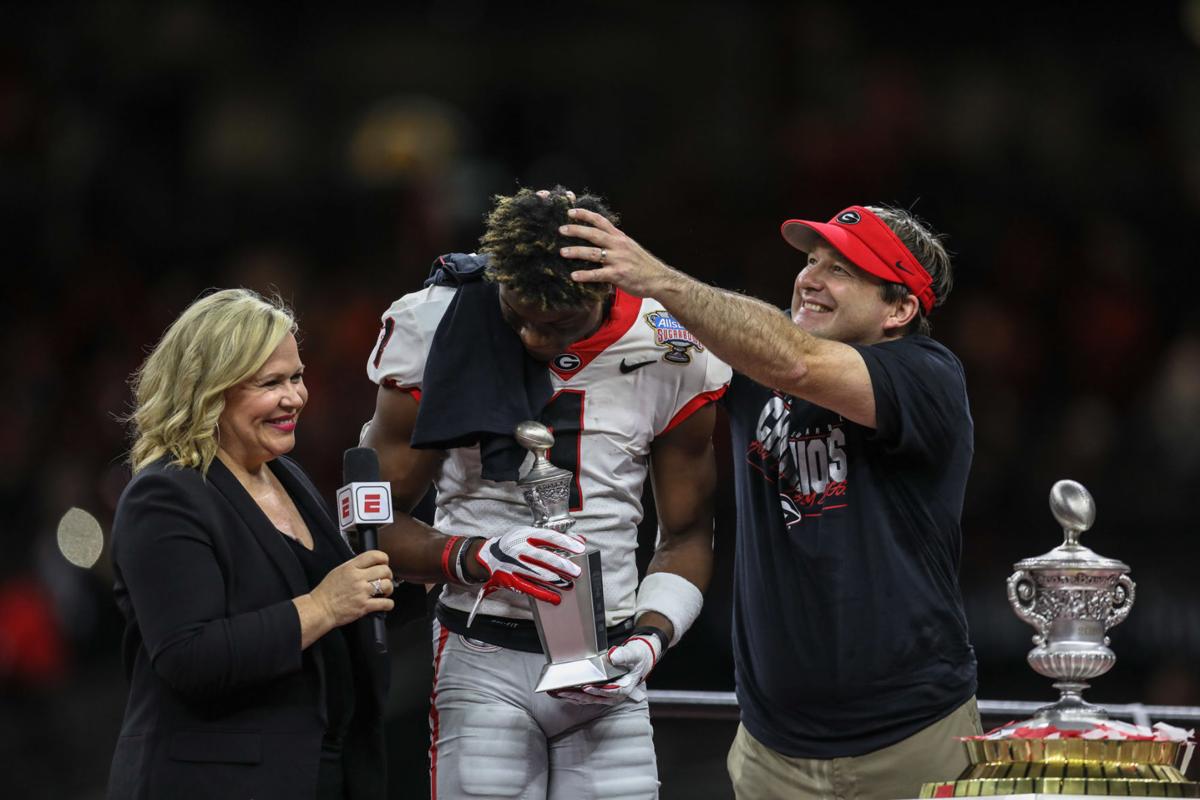 NEW ORLEANS – Kirby Smart wore a sweat-stained ‘Sugar Bowl Champions’ shirt as he left the field at Mercedes-Benz Superdome. It was eight minutes shy of midnight, and Smart was undoubtedly worn from the grind of a 14-game schedule. But he didn’t care.

He donned a big grin, took off his red visor and waved to the crowd as he disappeared into the tunnel and marched to Georgia’s locker room.

Shortly after, Richard LeCounte jovially bounced his way into the locker room. He sported the gold savage spikes, fresh off of a two-interception night. Zamir White shook hands with young kids and gave bear hugs to others. Tae Crowder was carried off the field like a king, on the shoulders of two of his teammates.

George Pickens proudly clutched his MVP trophy and didn’t try to hide his smile as he made his way through the masses. For a brief moment, the public had an extended look into the foundation of Georgia’s football family.

A few minutes earlier, Pickens was on the temporary stage with confetti swirling around him.

In that moment, Pickens encapsulated Georgia's emphasis on the whole team. Even after a year filled with complaints about the offense and a debilitating 37-10 loss in the SEC championship game to LSU, the players stuck together.

“We’re a family,” offensive lineman Solomon Kindley said. “We’re a hard-fought team and we don’t care what anyone else says outside of this room. When everyone doubts us, that’s when we respond the best.”

Wednesday’s 26-14 Sugar Bowl victory over Baylor felt like redemption for the Bulldogs after last year’s loss to Texas in the same bowl game. A blend of characters, some fresh youngsters mixed with grizzled veterans, came together for a final 60 minutes of triumph.

The win was a strong wrap to the 2019 season. But it also served as a springboard and a glimpse into what 2020 could bring.

Pickens starred in the spotlight and White had the best game of his career. The two still have untapped potential, but in the controlled chaos after the game the feeling of victory started to settle in.

“Words can’t even explain the feeling,” White said. “It just felt so good. With leaders like [D’Andre] Swift cheering me on, it was great.”

White now stands as the face of Georgia’s running back corps. Two ACL tears and a lot of rehab later, he finally got his chance as the Bulldogs’ No. 1 back.

When asked to reflect on how he got to this point, White paused. Then he looked up and smiled.

“Sometimes I sit down and think about it,” White said. “I had two ACL tears, I had to come back one year and then come back another. It’s just a blessing to do this.”

Smart made his way through each section of Georgia’s locker room with his son Andrew. As the players swapped out their shoulder pads for sweatshirts, they took turns hugging their head coach.

“I love you man,” Smart told the players.

But he still wants more. And he knows that while a Sugar Bowl win looks nice in the trophy case, it’s only the start.

“When you're not hungry, you become average,” Smart said. “And some of that, I think, has affected us in the past. And we've got to find a way in this program to not let that creep in and keep that same hunger you have as a young player because we've had it happen to several guys that were really hungry, and then they become full. And you can't become full when you go playing the teams we play against.”

After Georgia's victory over Baylor in the Sugar Bowl, the question shifted to what the roster would look like in 2020.

Darnell Washington signed with Georgia football on Dec. 18 but kept his decision under wraps until Thursday's Under Armour All-American Game.