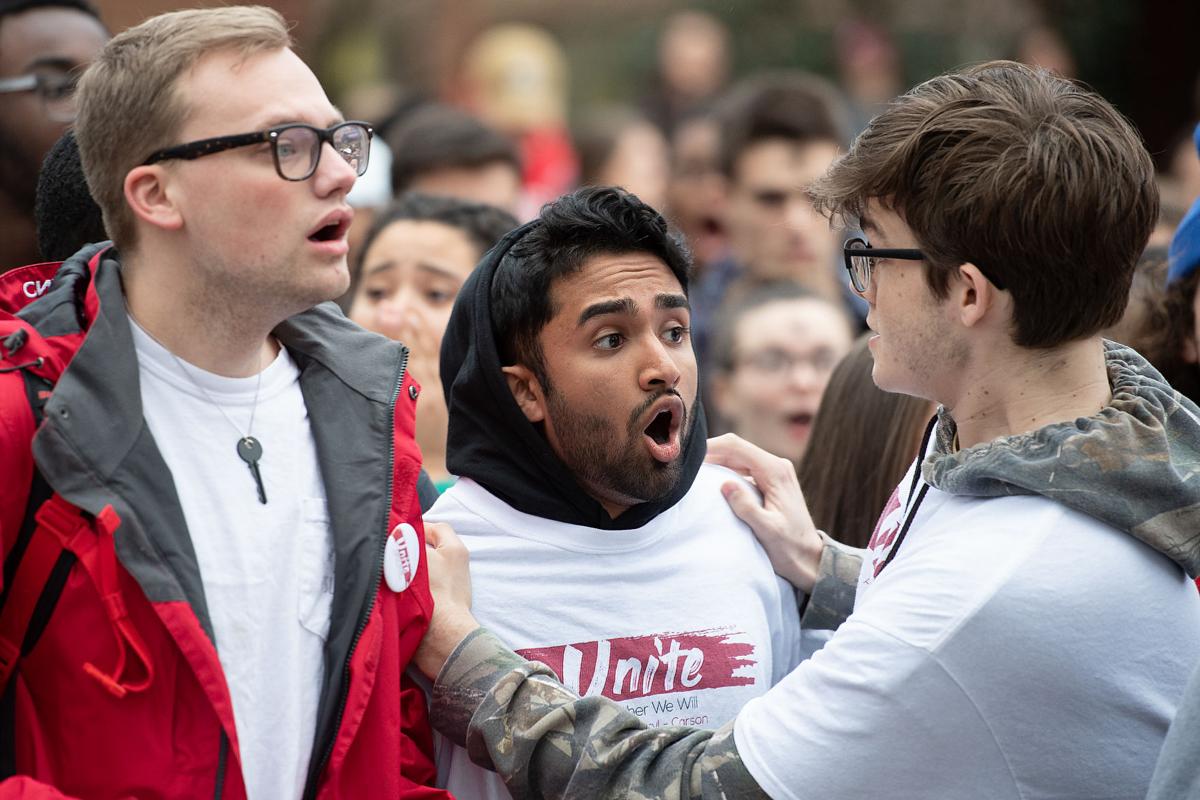 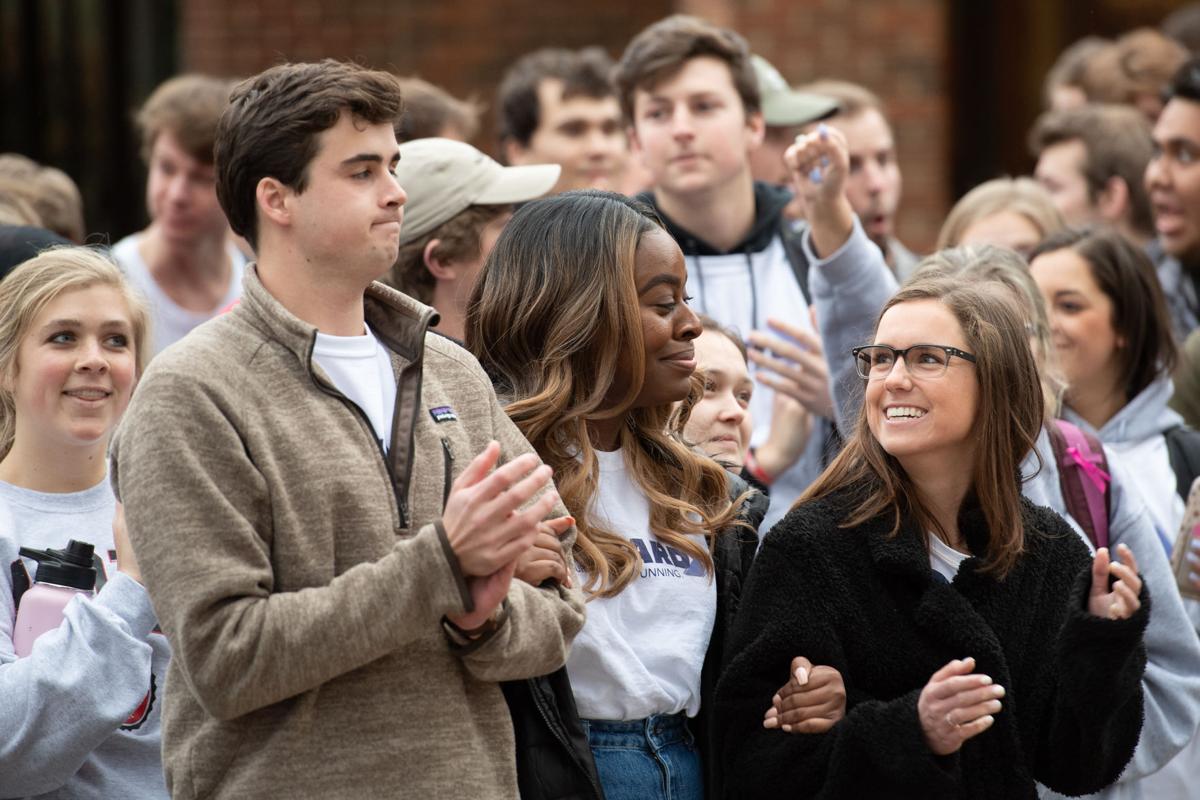 Forward and Unite are going to a runoff.

Unite garnered 45.5% with 4,652 votes, while Forward received 37.1% with 3,796 votes in the University of Georgia Student Government Association general election. A total of 10,221 votes were cast for the executive tickets, marking the highest voter turnout in SGA’s history, said Ethan Pender, SGA attorney general. The total number of ballots is about 3,600 more than last year’s election.

As stated in the SGA Elections Code, a runoff election occurs when no ticket receives an absolute majority of votes. In that case, the top two vote-getting tickets move to the runoff.

Unite, comprised of Asim Ahmed, Cheryl Kwapong and Carson Kuck, ran on a platform of accountability, sustainability and visibility.

Ahmed thanked his team and Unite voters after the announcement. He said he is “100%” confident that they can win on Feb. 28.

“I feel amazing,” Ahmed said. “We truly have an opportunity to change this campus, and I 100% without a doubt believe in the 400-person staff that we have, the movement that we have.”

Dyer Whitehurst, Grace Green and Kristen Dunning comprise Forward, the only executive ticket that ran with no prior SGA experience. They ran on a platform of inclusion, sincerity and perspective.

“Going in, we knew it was going to be a pretty close race. We can’t wait to keep moving forward with this and with the race. We’re going to try to mobilize as many voters as possible in this runoff election,” said Jantz Womack, Forward’s primary liaison. “We’re really excited and really proud of what’s happened so far and hope to continue this moving forward.”

Beyond was composed of Briana Hayes, Hannah Payne and Matthew McDaniel. The candidates ran on a platform to create, uplift and engage with the UGA and Athens communities while in office.

Hayes, the Beyond presidential candidate, said she felt “at peace” after the results were announced.

“I feel like I did it because I love the university, and I wanted to advocate for it, but I think I have done a lot, and what I have done is what I’ll continue to do,” Hayes said.

Beyond supporters gathered around the three candidates as they huddled together and exchanged hugs. Sophomore public relations major Ali Meek stood to the side and watched as the candidates left shortly after results were announced.

Meek said she was disappointed with the results, which she “wasn’t quite expecting.”

“I thought for sure we would be in the runoff, but obviously when you work on a ticket and you’re dedicated to that you hope for the best,” Meek said. “But we still are very proud of our campaign and ran a clean campaign, did a great job throughout and I am very confident that everyone involved in our campaign is going to continue to do great work through this campus.”

The 2020 campaign trail was not just TikToks, T-shirts and balloon arches. The SGA Elections Committee called all three tickets to hearings for possible elections code violations during the campaigning process.

Experience, mental health resources and diversity were the most prominent themes at this year’s University of Georgia Student Government Association executive ticket debate.

The first sanctions of this year's Student Government Association election were filed on Feb. 19 against executive tickets Unite and Forward for failure to submit a financial disclosure form and early campaigning respectively.

Forward, the only executive ticket for the 2020 University of Georgia Student Government Association with no prior SGA experience, plans to focus on promoting inclusivity if elected.

Beyond, the 2020 University of Georgia Student Government Association executive ticket with the most SGA experience, wants to create, uplift and engage with the UGA and Athens communities if elected.

Unite, one of the three executive tickets for the 2020 University of Georgia Student Government Association election, aims to be visible, accountable and sustainable by inviting students from various groups and backgrounds into conversations on campus if elected.

Residents of Myers Hall will not be reimbursed for items damaged by a dorm room fire and sprinkler systems on Feb. 23.