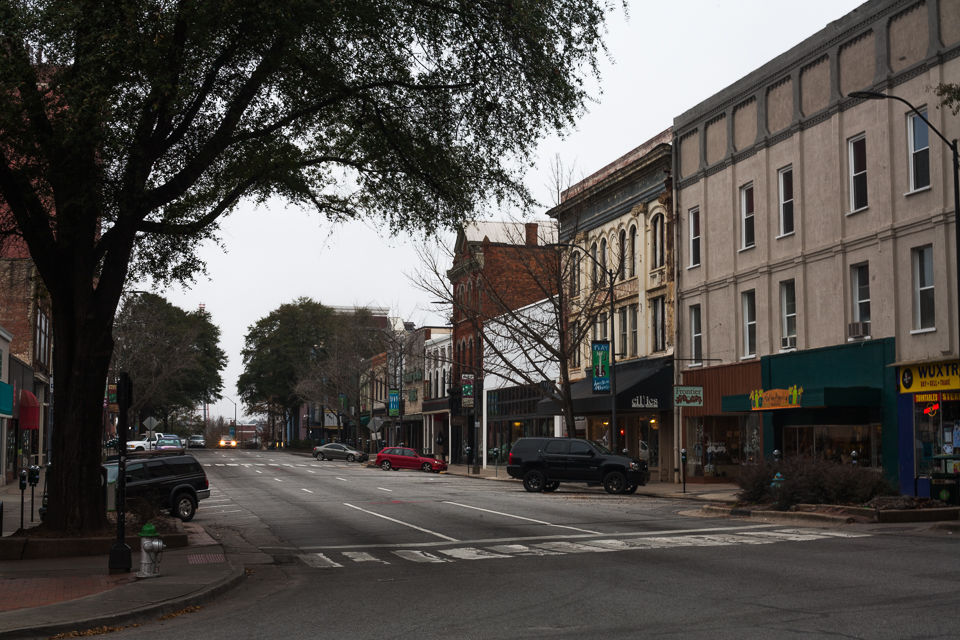 Businesses in downtown Athens are preparing for an influx of people on Saturday for the Notre Dame game. (File/Staff) 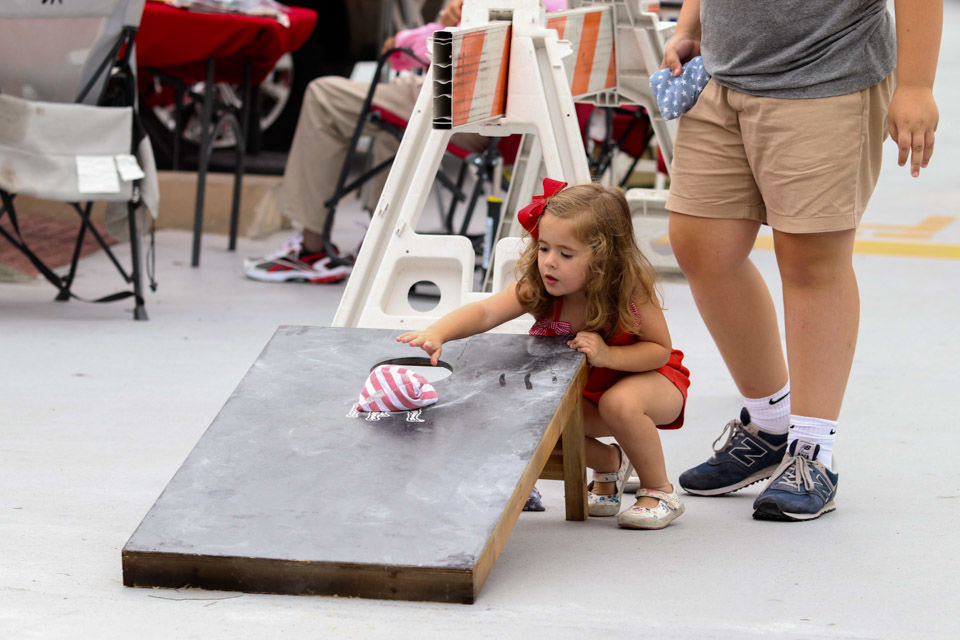 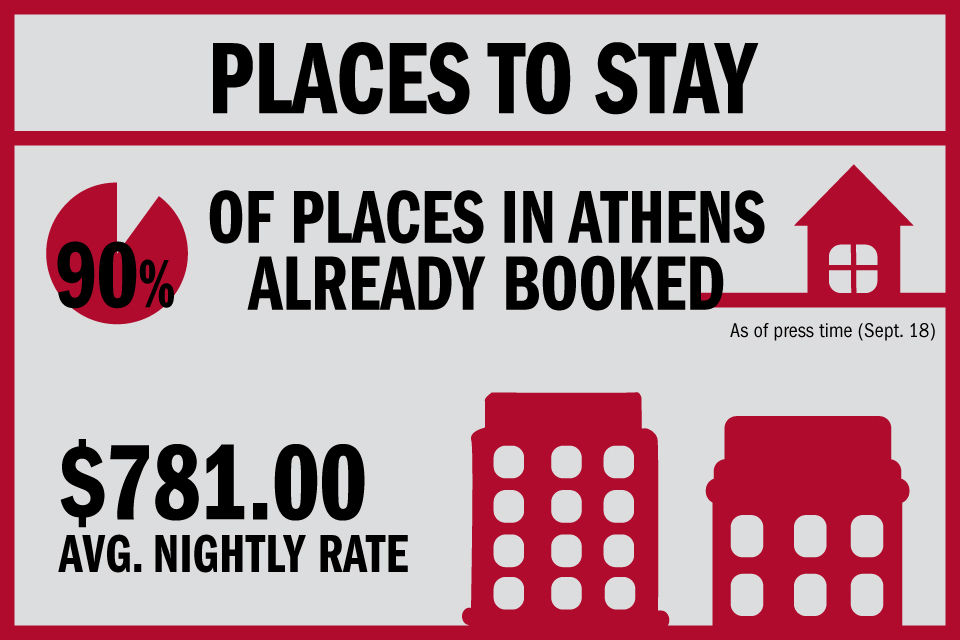 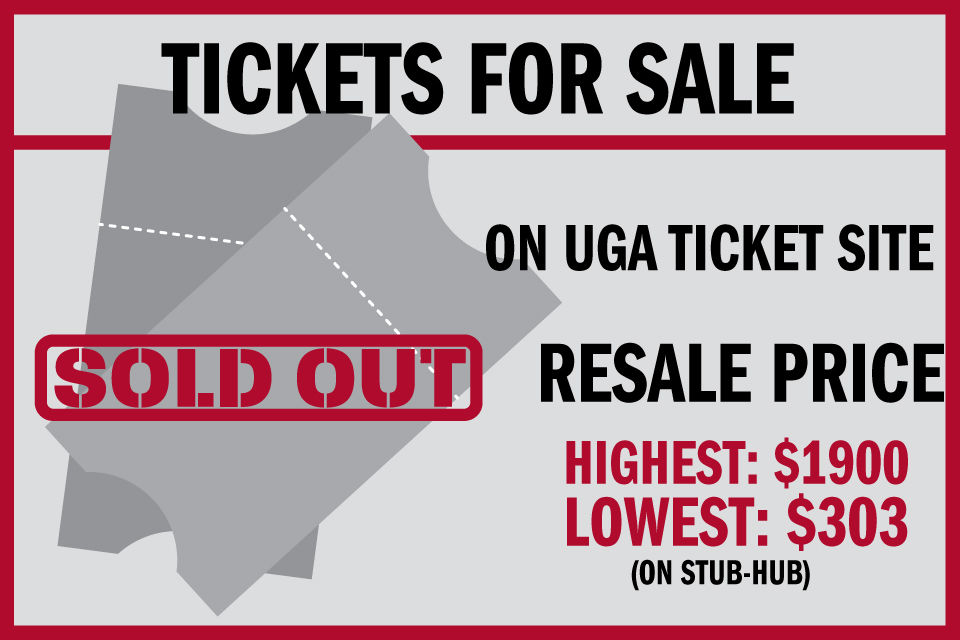 Sept. 21 marks the first matchup between the Georgia Bulldogs and the Notre Dame Fighting Irish in Athens. The Bulldogs were victorious in the pair’s two previous meetings in 2017 and at the 1981 Sugar Bowl.

In 2014, UGA agreed to a two-game deal with Notre Dame to allocate 8,000 seats to visiting fans, even though Sanford Stadium didn’t have enough seats. Temporary seats were added to Sanford to accommodate the 93,246 tickets sold, an upward hike from the stadium’s seating capacity of 92,746.

The holy grail of tickets

ESPN estimates the 8 p.m. primetime kickoff game will be the most expensive of the 2019 season and one of the top five toughest games to acquire tickets.

According to USA Today’s analysis of available tickets on StubHub from July 19, Georgia had the highest average ticket price for home games at $487.

The lowest ticket price for the non-conference game as of press time averages about $301 on VividSeats, StubHub and Ticketmaster. As many loyal Georgia fans may know, this price pales in comparison to the 2017 game in South Bend. Tickets on the secondary market averaged $1,655 per seat less than a month before the game, according to Forbes.

The next step after securing tickets is to find a place to spend the night. As of press time, over 90% of places in Athens for those dates are already booked, according to the Airbnb website. Of the remaining 10%, the average price for an Airbnb for one person in Athens for the weekend of Sept. 21-22 is $781 per night.

The busiest night for business

Local business owners are expecting more than half of the 93,246 football fans to make their way downtown after the game, said Jarrod Miller, manager of Jerzees Sports Bar, Moonshine Bar and On the Rocks.

High volume crowds will bring high demand, so local restaurants and bars are bulking up on supply and their number of employees.

It’s more than a normal away game, I can say that.”

Restaurants such as Mama’s Boy and South Kitchen + Bar organized multiple meetings throughout the past two weeks to best train their employees to host hundreds of guests in one day.

“We are purposely overstaffing to make sure the customer service is high,” said Mama’s Boy manager Sophie Elegreet.

The restaurant operates two locations, one on Macon Highway and the other on Oak Street near downtown. The Macon Highway location purchased wireless radio headsets for their employees. The hope is that the headsets will enhance communication within the restaurant during a “packed out house.”

“We want to be a welcoming spot in Athens where people can come ... and enjoy watching the game,” South Kitchen general manager Hillary Durr said.

Durr compares her expectations to last year’s Auburn game, but this year, the kitchen has more than tripled its inventory. Miller predicts the majority of businesses in Athens will follow suit by increasing their supply but believes that may not be enough to prevent shortages.

“With such a heavy demand in one day, I’m expecting to run out of food as I believe most business owners are also fearing,” Miller said.

Before ordering supplies and planning for this weekend, Miller studied the numbers of past popular gamedays. On Oct. 3, 2015, Georgia faced off against Alabama on the Bulldogs’ home turf.

On the weekend of that game, Miller ordered 125 cases of Bud Light and 75 cases of other alcohol for Jerzees. He plans to buy even more supply for The Fighting Irish’s visit.

Miller wants downtown’s visitors to know the majority of bars or clubs will be charging a cover fee, as will Jerzees, Moonshine and On the Rocks. He also advises visitors to be patient with kitchen staff and expect a slower wait on food citywide.

For most business owners, Miller said the high demand this weekend will feel like “a dream and nightmare” with the stress of “thousands of orders.” However, Miller believes most restaurants and bars will agree the outcome and success that may come from UGA’s match up against Notre Dame will be worth the pressures and preparation.

“Even though we don’t get to party, we get to be a part of the experience,” Miller said.

The Atlanta branch of Notre Dame’s alumni association will have various events throughout the weekend in Atlanta and Athens for their fans. Rian Gorey, president of the Notre Dame Club of Atlanta, expects 1150 fans to attend a pep rally and pub crawl on the west end of the Beltline on Friday night and 1000 for a tailgate at The Classic Center before the game.

“People are coming from around the country,” Gorey said. “Most folks won’t be in Athens because we’ve heard hotel availability is somewhat limited on gamedays.”

Beyond the 93,246 fans in the stadium, many more are expected to visit the Classic City to tailgate and experience an unprecedented gameday in Athens.

“Almost everyone I know from Georgia who goes to Notre Dame is going down to the game,” said Robert Chu, a sophomore business analytics and Spanish double major at Notre Dame. “I know some people who are going that aren’t from Georgia. It’s more than a normal away game, I can say that.”

While Chu, a Marietta native, didn’t get tickets for the game, he is excited to meet up with friends from his hometown and is “hoping for an Irish win.”

“I actually got to go to the game at Notre Dame with one of my dear friends who was a classmate of mine at Grady,” Herndon said. “He’s coming to Athens this week.”

All in good fun

Atlanta lawyer Tim Buckley is an alumnus of both Notre Dame and UGA’s School of Law. Buckley attended Notre Dame as an undergraduate in 1982, one year after Georgia played the school in the Sugar Bowl.

“I was pulling for Georgia in 1980 because I didn’t know where I was going to go to college,” Buckley said. “Since then, though, I never root for Georgia against Notre Dame. Your graduate school’s not really where you’re immersed, so I always cheer for Notre Dame and I’ll always be a Notre Dame fan.”

Like other fans, Buckley plans to reminisce on his college years this weekend.

“My college roommate and I are going up to the game, my daughter’s godfather and his son are going up,” he said. “I think it’ll be quite a spectacle.”

After a warm welcome from Notre Dame fans in 2017, UGA fans are preparing to provide some well-practiced southern hospitality.

“The university is looking forward to welcoming the Notre Dame team and fans to our campus. This is a very important game to both institutions, and I know it will be a very exciting weekend in Athens,” President Jere Morehead said in a statement.

“We made some good friendships and they’ve been very kind and wonderful,” Gorey said. “It was definitely a successful event.”

Football fans from both teams will also be able to come together in their faith before the game. A Catholic Mass will be held at Clarke Central High School at 1 p.m. sponsored by the UGA Catholic Center.

In 2014, the University of Georgia athletics program made a deal with Notre Dame resulting i…

University of Georgia fans and students are calling for a change in the usual gameday attire during Georgia’s matchup against Arkansas State.

Stakes are high for the third installment of Georgia-Notre Dame

This isn’t just any big opponent. Both the Bulldogs and the Fighting Irish enter this matchup with expectations — not aspirations — of making the College Football Playoff this season. Winning the game would go a long way toward meeting that expectation.

Athens residents, from homeowners to business owners, look to rake in cash from Airbnb rentals to bars when fans come to the city for the high-excitement Notre Dame-Georgia football game on Sept. 21.

This weekend’s matchup between the Georgia Bulldogs and the Notre Dame Fighting Irish comes with a big price tag for fans of both teams.

Some students were less than satisfied with their experience at the historic Notre Dame game.

The mistreatment of students during the UGA-Notre Dame game was symptomatic of a bigger problem. The UGA Athletic Association must do a better job at meeting students wishes.