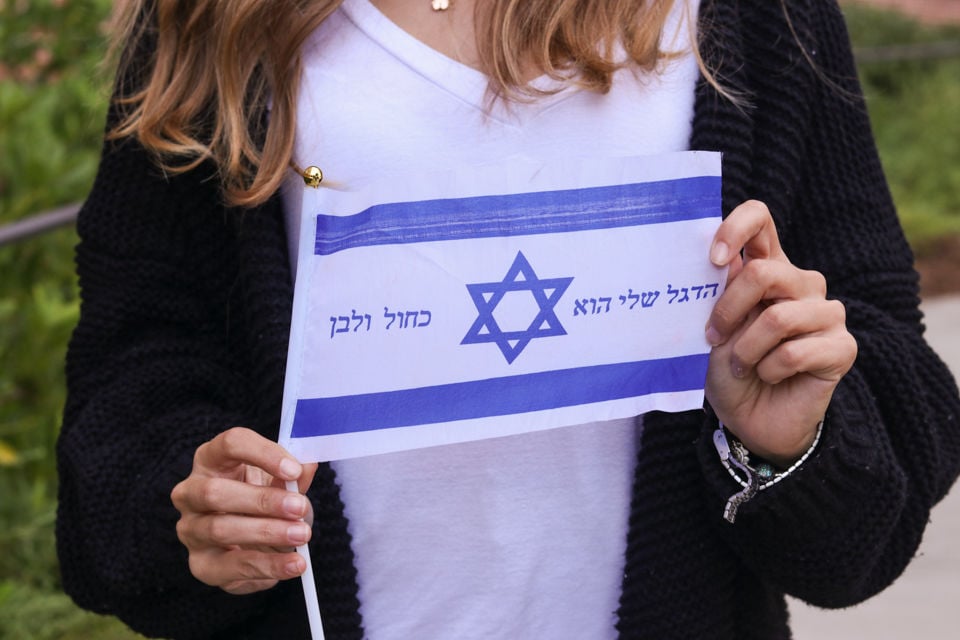 Emily Blecher, a 21-year-old sport management major from Shdema, Israel, poses for a portrait outside the Science Learning Center in Athens, Georgia, on Tuesday, Oct. 22, 2019. Blecher came to UGA to try out for the equestrian team. She is now in the western group of the team as a freshman. (Photo/Caroline Barnes) 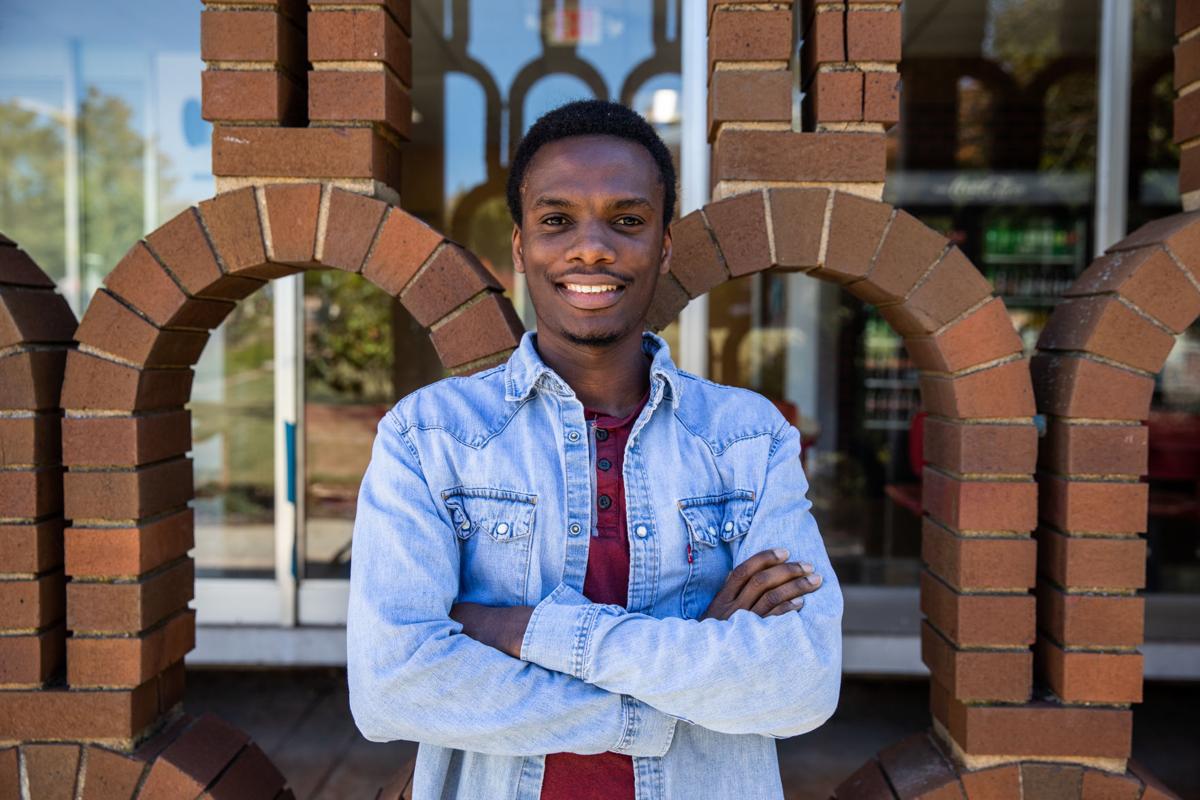 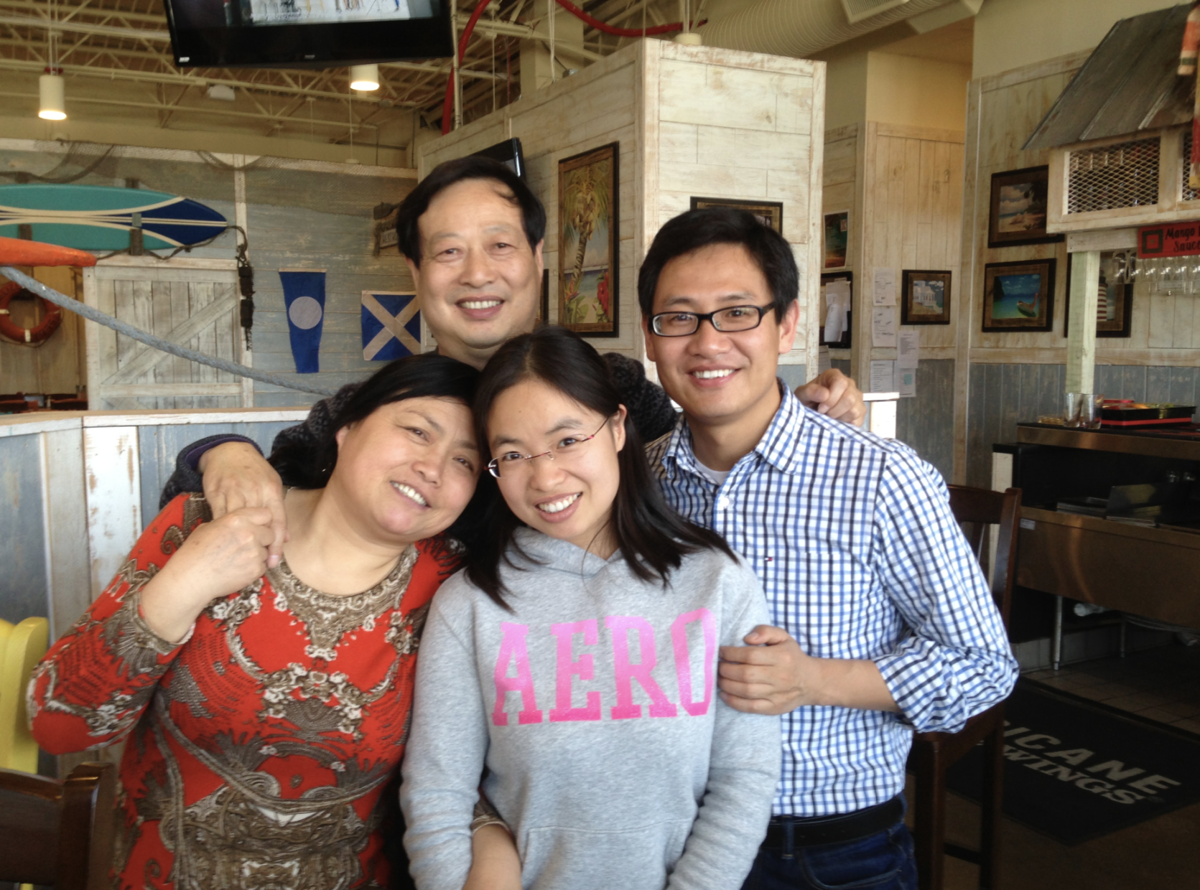 Shan Jing, a horticulture doctoral student, poses with her parents and husband during one of her parents' visits to the U.S. from China in 2015. Jing's parents have visited twice during Chinese New Year.

Last year, Emily Blecher came to the University of Georgia from her home country of Israel after touring colleges with NCAA equestrian teams. However, as an international student and walk-on to the team, Blecher received no financial aid or scholarships.

Next year, Blecher doesn’t know if she’ll be able to come back.

With limited opportunities for financial aid and families left behind in their home countries, many international students face the decision of either staying in the U.S. or returning home.

While Blecher, a freshman sport management major, said her parents are helping her financially, she said the costs of attending UGA may outweigh the benefits.

“My parents might be able to afford it, but I don’t want them to pay that amount for four years just because I want to ride horses and study,” Blecher said.

Graduate students can receive grants for research or teaching assistantships, but non-citizen undergraduates are ineligible for federally funded scholarships. Federal loans are also out of the picture for non-citizens. In some cases, the Office of Global Engagement provides financial assistance through out-of-state tuition waivers, which international students can receive through a nomination from deans, directors or department heads.

While the university’s merit-based scholarships are open to all students, the $1,000 Saeeda Peermahomed Award is the only scholarship tailored specifically to international students.

In the case of private and federal scholarships, there is not much UGA can do to increase access, said Beryl Huang, a member of the international advisory board and a psychology doctoral candidate. However, Huang said the school could expand resources such as department scholarships, which are only awarded to a handful of students each year.

Even for department scholarships, International Student Orientation Leader Pankti Rana said certain scholarships exclude non-citizens. When an adviser recommended Rana for a scholarship from the Franklin College of Arts and Sciences, she said the application required a social security number.

While graduate students receive stipends throughout their studies, obtaining financial support for an assistantship is competitive, especially in subjects with less funding. Taiwo Akinyemi, a microbiology doctoral candidate from Nigeria, said because the engineering department is smaller than his biology department, his wife, an engineering doctoral candidate, could not find an assistantship at UGA. However, because she managed to find one elsewhere, they were able to stay and attend school in the U.S.

“For most internationals, especially those from Africa, it’s almost impossible to pay the fees because it’s extremely expensive,” Akinyemi said. “If she had not found an assistantship from anywhere else, she just would not be able to go to school.”

Beyond financial concerns, many international students leave behind families thousands of miles away, visiting only a handful of times during their years of studies. Graduate students, many in their late 20s or early 30s, have the additional burden of caring for aging parents and family back home.

While Shan Jing’s parents supported her decision to come to the U.S. for research funding and a doctorate in horticulture, Jing said she has concerns leaving her retired parents in China. Jing’s parents visited twice during Chinese New Year, but Jing said it’s difficult to separate her parents from their friends and family back home.

“They were the reason why I hesitated if this is a good decision for me to come here,” Jing said. “If I go back, that is a very big reason.”

Looking ahead, Jing can’t envision a life without her parents by her side. Whether Jing stays in China or moves to a place where her parents can join her, Jing said being able to care for her parents is a priority.

“I don’t think I can enjoy my life with my husband and my small family without thinking about my original family,” Jing said.

As an only child, physics doctoral candidate Mingyu Sun echoed Jing’s concerns about staying in the U.S. without being able to care for her aging parents. Because of the difficulty traveling between China and the U.S., Sun said she may decide to stay in China after graduation, despite job opportunities from the U.S.

“If I stay in America for the rest of my life, what should I do for my parents and grandparents?” Sun said.

Throughout the past few years in the U.S., Sun said she would feel alone or lost during her lowest points, but kindness from friends and family was “a real power” in bringing her back up.

“Life in America is not that easy, but always stay positive and stay kind,” Sun said. “I heard how kindness is important when I was in China, but it’s really here where I realized that.”

Standing up to stigma: How UGA students are working to combat Asian stereotypes

While Sun’s experience at UGA has been filled with ups and downs, there are moments where she is reminded of her initial inspiration to come to the U.S. Sun attended an academic conference in March, which pulled her out of her comfort zone while reigniting her own passions for quantum computing.

“Talking with people working in the same field, immersed in an environment over something I’m passionate about — that’s the best moment,” Sun said. “Seeing how others talk about their research, full of confidence — some people are really, really cool.”

This article is part of The Red & Black's series, "Planting new roots." If you want to be featured in the series, send us a news tip, or tweet us @redandblack.

Every year, we hear the freshman class gets smarter and smarter. Higher test scores, lower a…

On Thursday, attendees can join the University of Georgia chapter of Asha for Education to l…

LatinxFest, held during Hispanic Heritage Month, celebrates the cultures of Central and Sout…

As the School of Social Work class of 2019 was called to stand at the University of Georgia’s commencement ceremony, a cohort of students held hands and stood, displaying the phrase “Lift the Ban” decorated on their graduation caps.

At the University of Georgia’s Student Government Association’s executive cabinet meeting, cabinet members provided updates on projects that a…

University of Georgia students had mixed opinions on driverless cars, with some believing they would make roads safer and others viewing the technology more warily.

On Nov. 15, Ayla Jahangard, a University of Georgia student whose family lives in Tehran, Iran, texted her aunt to wish her a happy 50th birth…