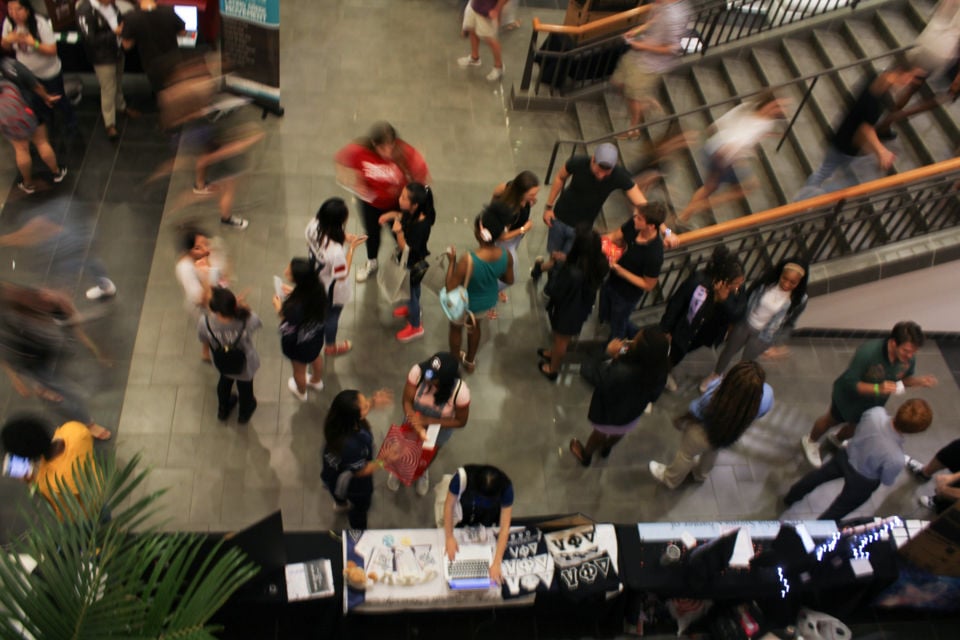 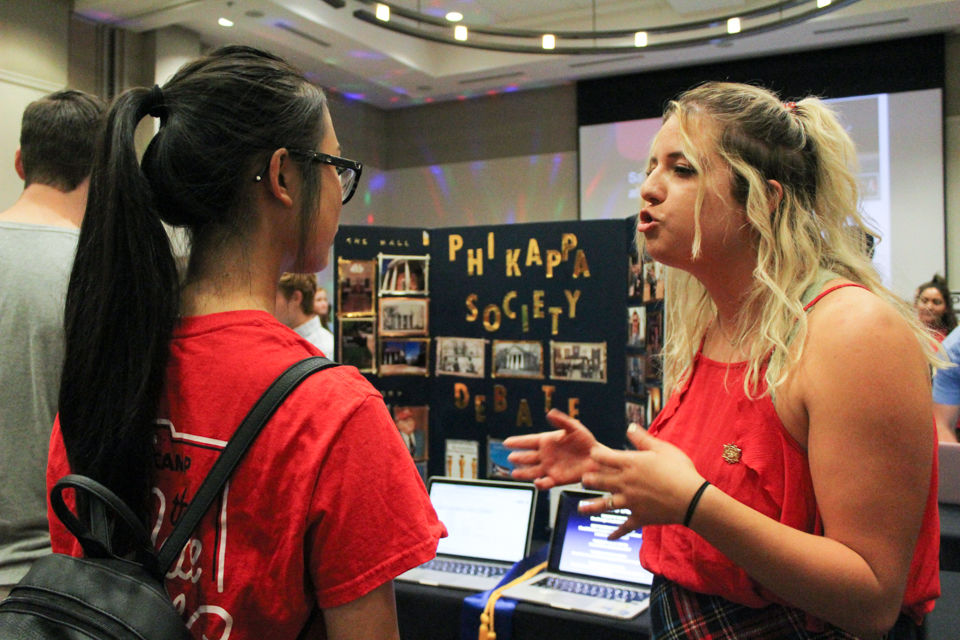 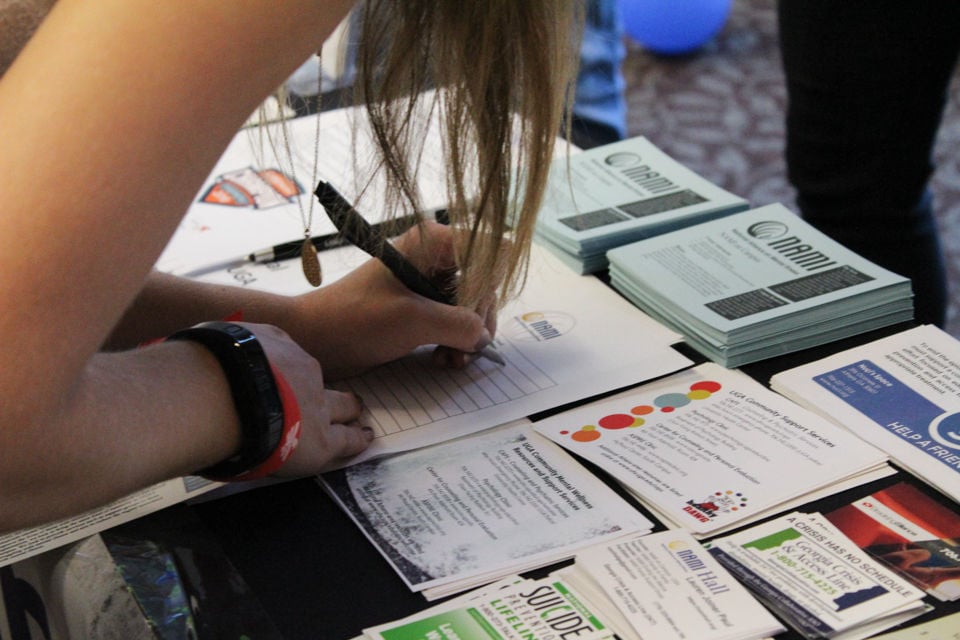 For the first time the University of Georgia Involvement Fair was held in the Tate Student Center on Aug. 23 from 7 to 10 p.m., whereas in the past it has been midday in Tate Plaza. The fair is an opportunity for student-led organizations to inform the student body of their activities and to promote involvement.

Lori Crawford, senior coordinator for student activities and involvement, said, “The motivation driving the shift from an involvement fair during the day to the evening was to provide more opportunities for engagement.”

Students may be busy during the day with classes and other commitments, keeping them from visiting the Involvement Fair.

When some organization leaders initially heard about the push back in the time of the event, they were unsure.

Joe Kucia, a senior computer system engineering major, is the founder and president of Dungeons and Dragons at UGA.

“Initially I was very disappointed [about the new time] because I figured it’s so late in the day that not many people would show up,” Kucia said.

As the event progressed, however, Kucia’s opinion changed.

“I think they really struck the perfect balance here, having a time everybody can come and having a reason for everybody to show up with all the food and events.”

Charlene Marsh, a senior political science and international affairs major, is the vice president of the Student Government Association. Marsh said she likes the switch in times.

“When it’s outside, you have more people just passing through. With this, people are coming here for this exact reason,” Marsh said. “I don’t think I’ve seen this level of hype and involvement in any of the four years that I have been to the Involvement Fair."

Bailey Marshall, a senior psychology major, is involved with the Arch Society and Freshman Forum. She approved of the time change.

“It is honestly better for the student organizations because we’re able to budget our nights around this instead of having to split up into different shifts because we have classes,” Marshall said.

Brianna Stone, a sophomore majoring in plant biology, is the founder and president of Plushy, an organization that donates stuffed animals to the police force to give to children they encounter on the job.

Stone said, “I did not anticipate this many students. We handed out all of our 120 flyers within an hour so I had to print more.”

Crawford said she anticipated an increase in the number of students attending.

“[We] were thrilled to see over 3,000 students come out to the Tate Student Center on Thursday night,” Crawford said.

Crawford plans to host the fair in the evening next year as well.

Over the summer, Athens Transit implemented changes to bus routes that has caused a bit of a…

Saturday afternoon many Athens locals waded their way through the trees and trails to Bear Hollow’s annual “Zoo Day”, where ‘50s retro decorat…

By the numbers: Comparing prices at UGA markets to chain grocery store

The Red & Black compared the price of various items from the markets across campus to the prices of the same items found at Walmart.

More crop per drop: How UGA is redefining water sustainability in agriculture

Football at the University of Georgia has been a cornerstone of student life since 1892, when the Red and Black Goats — the mascot at the time…