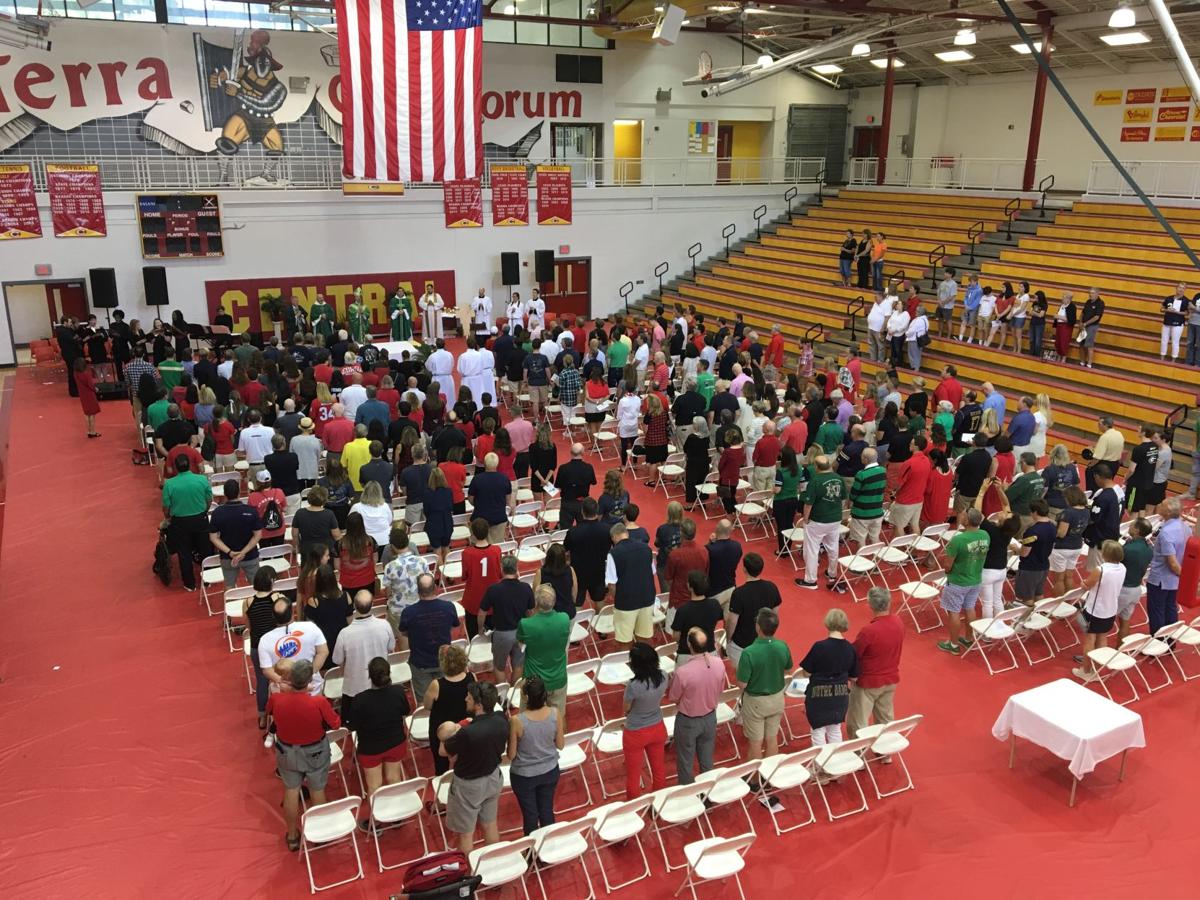 UGA and Notre Dame fans worship together at a catholic mass at Clarke Central High School on Sept. 21. 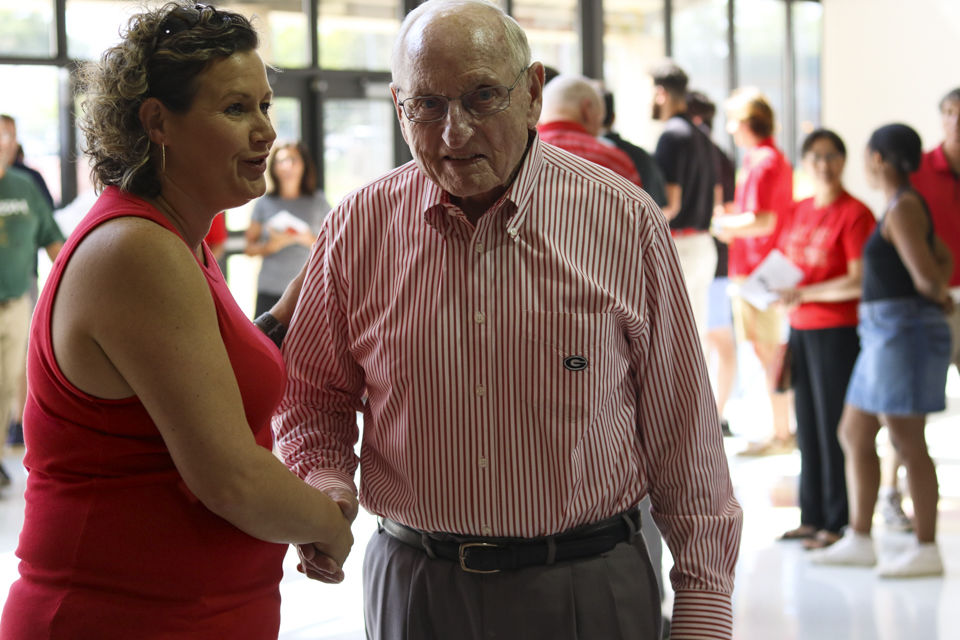 Before University of Georgia and Notre Dame fans were separated by assigned seats in Sanford Stadium, a sea of red, black, green and navy was mixed together at Clarke Central High School.

Fans took some time from their tailgating festivities to attend Catholic Mass at the school. The service was led by Bishop Joel M. Konzen from the Archdiocese of Atlanta and co-celebrated by Fr. Frank Critch, Fr. Casey Cole and Notre Dame football team chaplain the Rev. Mark Thesing.

“It's really awesome because we get to serve our brothers and sisters in Christ who are traveling all the way from wherever,” Catholic Student Association co-president Jonathon Finol said. “We met someone from Dallas who just showed up, so It's really awesome being able to serve other Catholics around a football environment.”

Notre Dame alumni and fans John and Mary Anne Poinsatte travelled from Chattanooga, Tennessee to watch their team take on the Bulldogs and visit with family in Athens.

“We were trying to decide whether we should either go [Sunday] with our family in Athens or wait until we get home [Sunday] night, and I said let's go to this because I think it's really cool,” Mary Poinsatte said.

UGA alumnus Kate Adams brought her two children to Mass after hearing an announcement about the event at the UGA Catholic Center.

“We thought it would be cool to combine the energy of football with the Mass,” Adams said. “Just for the spirit and camaraderie, and to experience something hopefully bigger and more exciting with both teams together.”

Adams appreciated the unique experience of using football and religion to unite the two teams.

“It shows that even though we're rivals on the field, that we've got the camaraderie of the sport and the religion, that we don’t hate each other,” Adams said. “It's more than just football and we can all enjoy it, even if we're cheering for different teams.”

Due to traffic on Georgia 316, almost 1500 Notre Dame fans who were traveling from Atlanta to Athens on charter buses weren’t able to make the Mass, according to organizer Tim O’Brien. The estimated 300 people who did come received a surprise visit from one very special Catholic Bulldog: former UGA football coach Vince Dooley.

“I grew up a Notre Dame fan, and I prayed and prayed [to coach at Notre Dame], but they never realized my talents,” Dooley joked in a closing address to the congregation.

He also thanked the bishop and the hard work of those at the Catholic Center who hosted the event.

“Thank you for inspiring us and uniting us, at least for a few hours,” Dooley said.