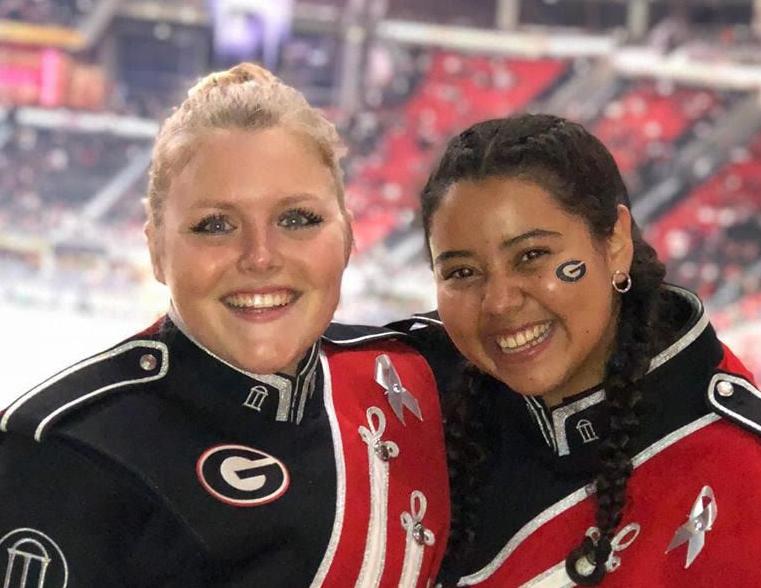 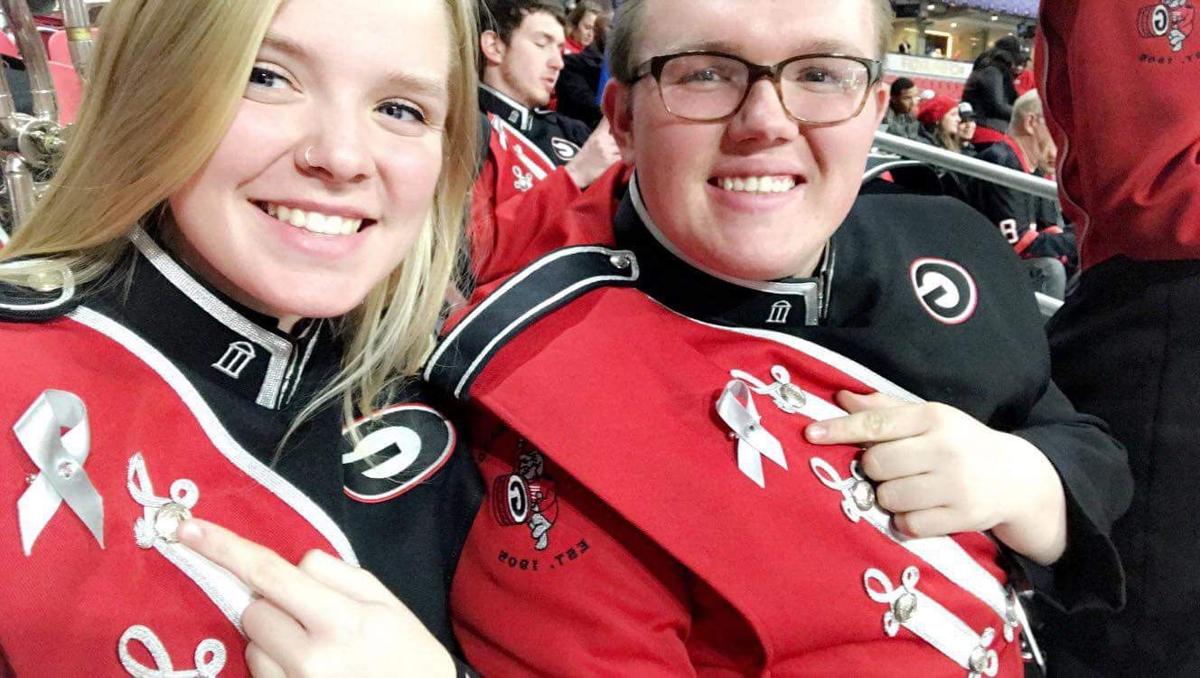 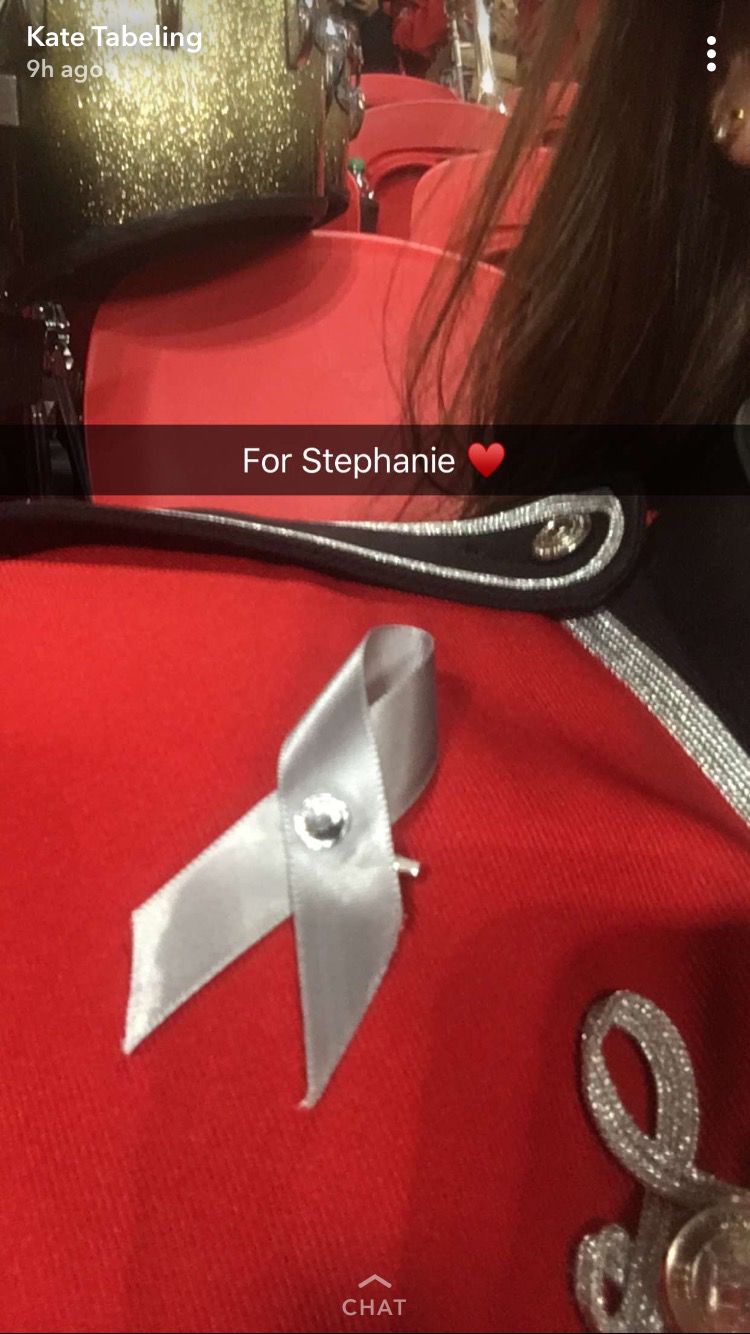 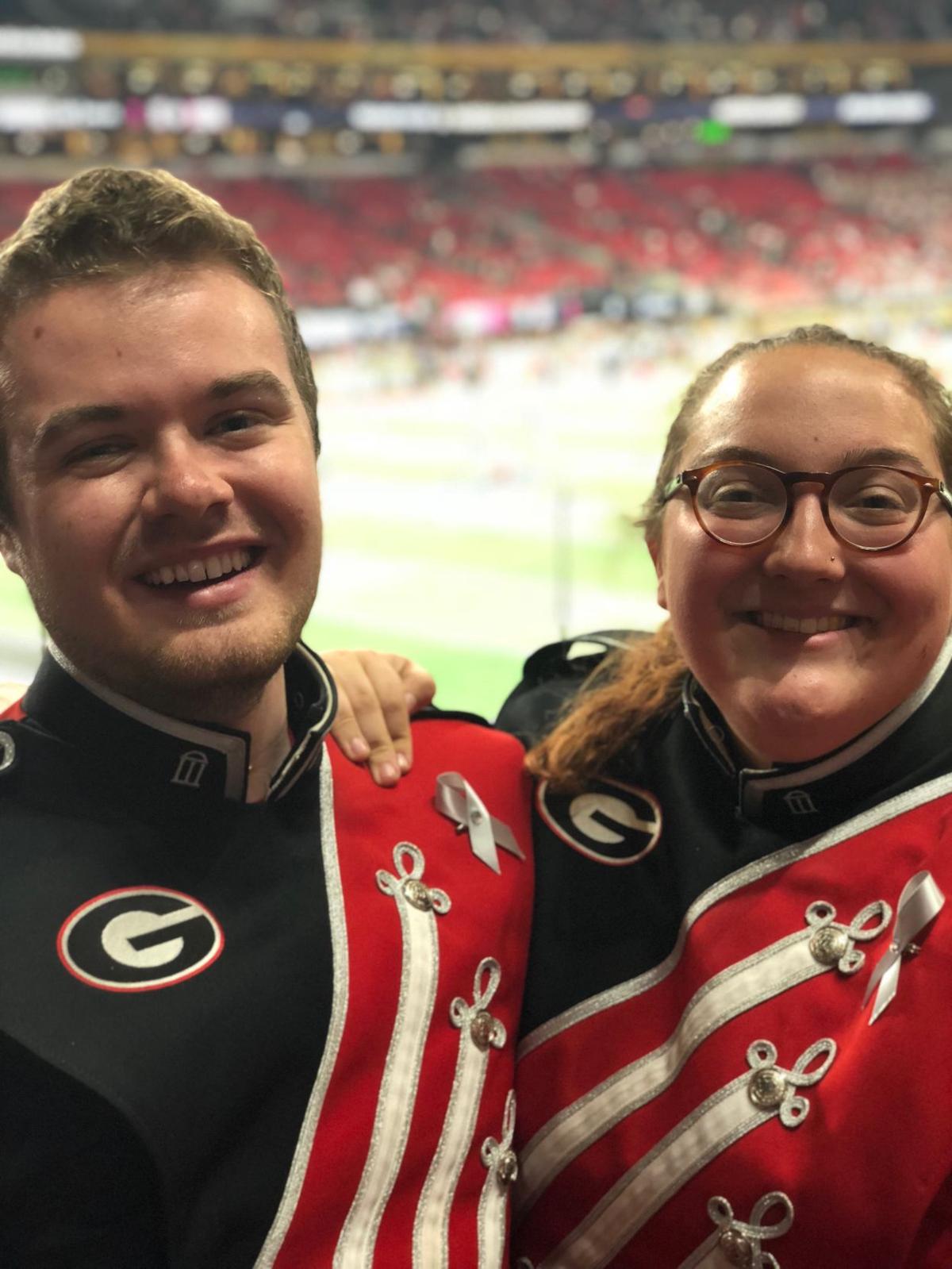 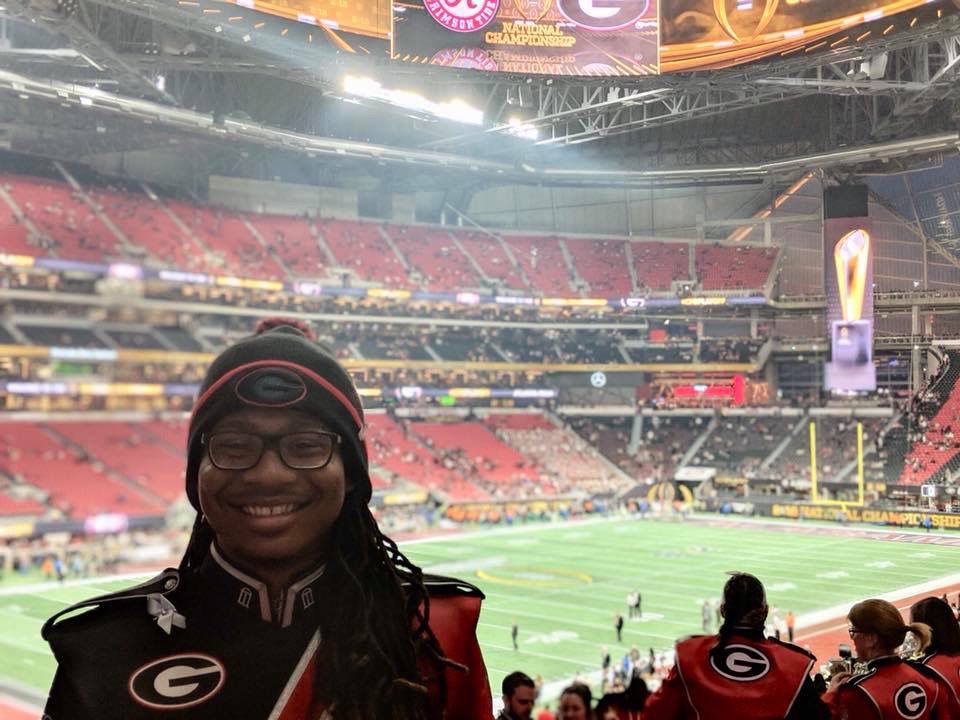 Jaron Lehman walked into the national championship with the Redcoat Marching Band with something much different than hopes for a Bulldog national title on his mind.

Lehman, a junior mellophone player, said he and the other Redcoats were heavy-hearted after hearing one of Alabama’s Million Dollar Band’s color guard members, Stephanie Cartagena, died the morning of the national championship.

The Redcoats had already made arrangements to wear silver ribbons on their uniforms during the game to show support for an Alabama color guard member who had been battling brain cancer.

Jamie Radicioni, senior saxophone player, was involved in organizing for the entire band to wear the ribbons after being contacted by her friend in the Alabama band.

“Their band had been wearing ribbons to support her, and they were wondering if we could also wear the ribbons and so we put that in motion,” Radicioni said. “Our band was immediately supportive, everyone was so happy to be able to do that for her.”

A cancer survivor himself, Lehman said he had been excited to show Cartagena and her family support during the game. He said after all the Redcoats did to support him while he had cancer, he was excited to do the same for someone else.

“It kind of hit particularly hard for me when I saw that this girl and her family were going through some of the same stuff that I went through, and my parents went through, when I was diagnosed with cancer,” Lehman said. “It was really special for me to have this chance to give back.”

As they were riding the busses to the game, Sarah Kljucaric, a senior piccolo player, said the band got news that Cartagena had lost her battle to cancer earlier that morning.

“It was wild that something that small made such a difference for them. It was probably the easiest thing we could’ve done, and it meant so much.”

“We were sitting on the bus waiting to go into the game when we got word that she was no longer with us,” Kljucaric said. “It was crazy because none of us have ever met her, but it still hit us pretty hard.”

Mindy Griffith, a senior drum major, said members from Alabama’s marching band were very appreciate of the Redcoats showing support for their friend.

“I was talking to some band members, and the director came by and stopped me and pointed to my chest and just thanked us for doing this,” Griffith said. “It was wild that something that small made such a difference for them. It was probably the easiest thing we could’ve done, and it meant so much.”

Although the game is still important, Kljucaric said the relationship between bands is much different than football teams, because marching band is more like a family.

“Band is band, we realize that football is a game and that other things are more important sometimes,” Kljucaric said. “Band is a family, no matter what band. There’s no rivalries in band. I can dislike the Alabama football team, but this day is about more than football to some people.”

After seeing Alabama’s marching band play during the game, Kljucaric said she could not imagine having to play and keep up energy like they did after losing one of their members.

“I have no idea how Alabama’s band was able to make it through that football game,” Kljucaric said. “If they had told us on the morning of the national championship, or any morning, that someone in our band had died, I don’t know how you go through that day with any sort of enthusiasm.”

“Band is a family, no matter what band. There’s no rivalries in band. I can dislike the Alabama football team, but this day is about more than football to some people.”

Despite Cartagena not having the opportunity to see the Redcoats support, Radicioni said she was honored to be able to wear the ribbons in her memory and in support of her family and friends.

“Being able to wear those ribbons and show her that we’re going to support you and be on your team regardless of how this football game ends, that was going to something very special,” Radicioni said. “When we found out that morning that she wouldn’t get to see it, we were sad, but still incredibly proud to wear them in her memory.”

Lehman said despite the disappointing loss, he and his fellow Redcoats are proud to have been able to show support for Alabama’s band and the family of Cartagena.

The Rhythm of the Game: How the Redcoats prepared for the Rose Bowl

At the end of a remarkable season, the University of Georgia football team had a tough time …

With University of Georgia classes starting less than a week after New Year’s, the ever-present conversation about the semester start date see…