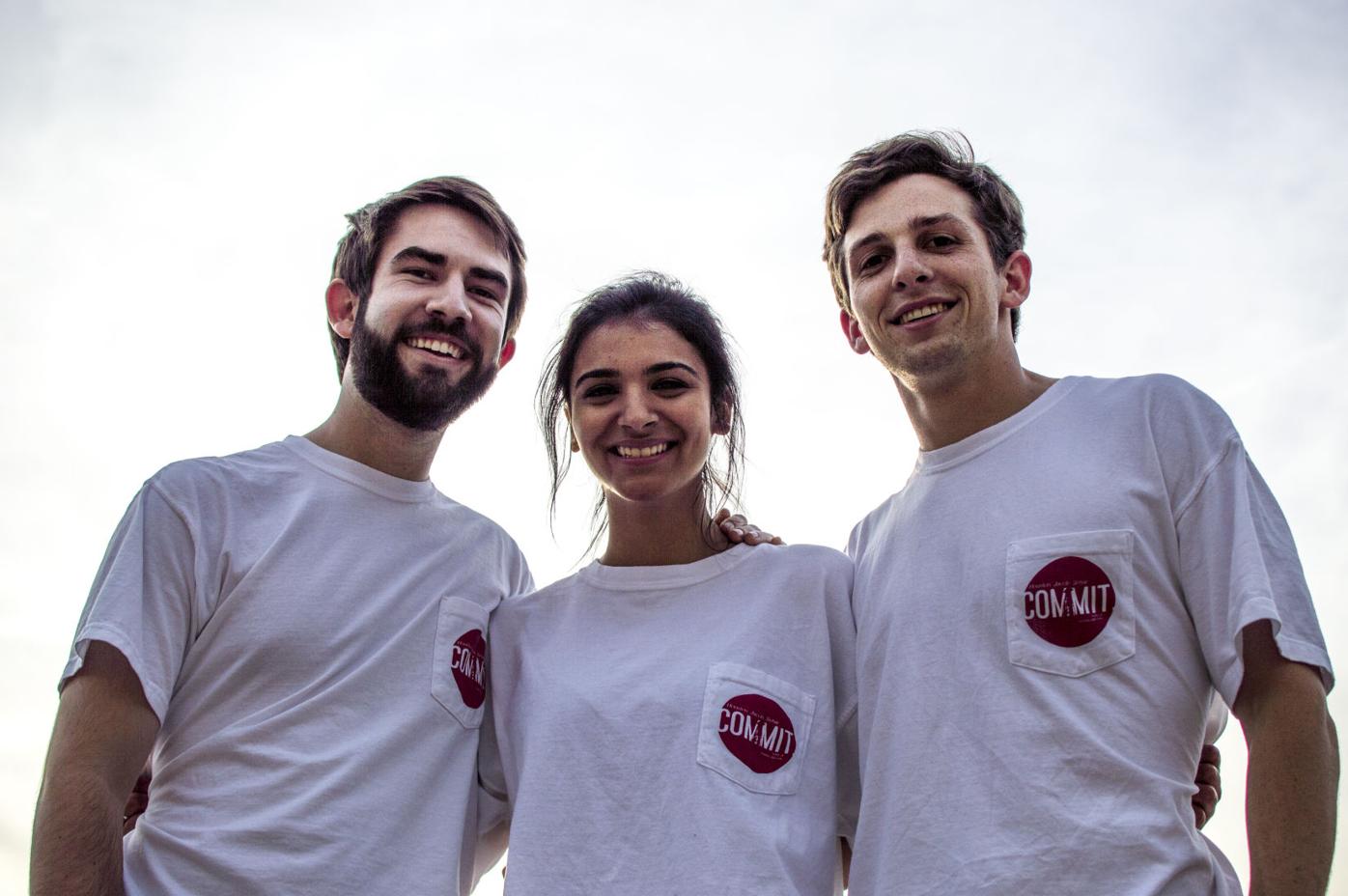 Houston Gaines, Sehar Ali, and Jacob Fucetola, who comprised the Commit ticket, pose for a picture after winning the 2016 UGA SGA student body election in Athens, Georgia, on Wednesday, March 30, 2016 . The three will preside over the student body in the 2016-2017 school year. (Photo/Casey Sykes, www.caseysykes.com) 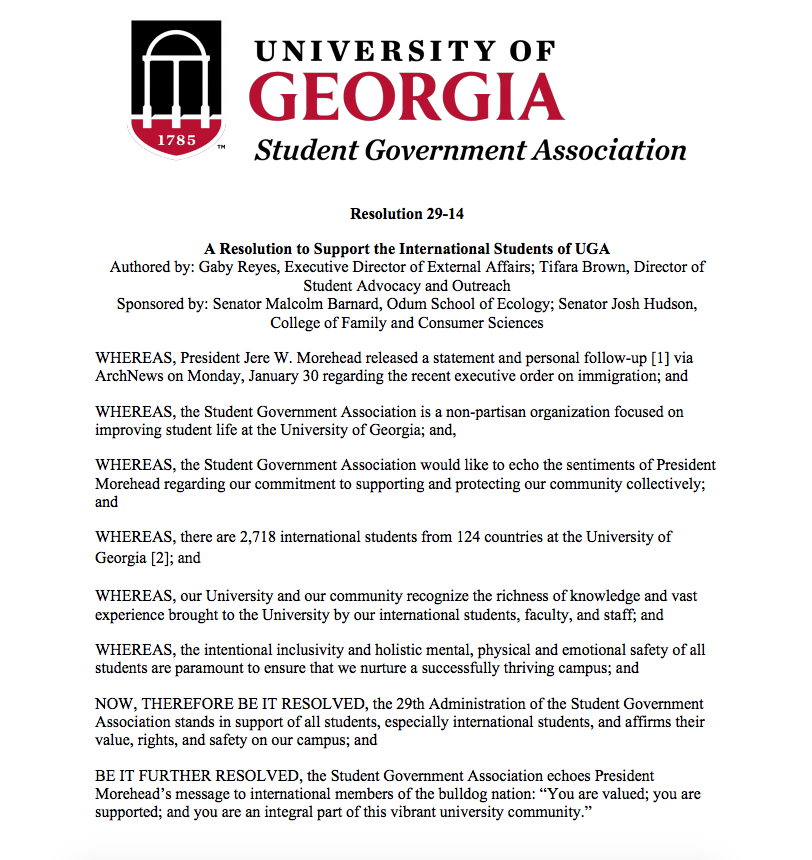 Houston Gaines, Sehar Ali, and Jacob Fucetola, who comprised the Commit ticket, pose for a picture after winning the 2016 UGA SGA student body election in Athens, Georgia, on Wednesday, March 30, 2016 . The three will preside over the student body in the 2016-2017 school year. (Photo/Casey Sykes, www.caseysykes.com)

In a special session of the Senate on Tuesday Jan. 31, the University of Georgia Student Government Association approved a resolution formally supporting international students in the aftermath of President Trump’s executive order on immigration.

The resolution passed with 38 in favor, four opposed and four abstentions.

Resolution 29-14, coauthored by Gabby Reyes, the director of external affairs, and Tifara Brown, the director of student advocacy and outreach, acknowledges the “2,718 international students from 124 countries at the University of Georgia.”

According to the resolution, “the 29th Administration of the Student Government Association stands in support of all students, especially international students, and affirms their value, rights, and safety on our campus.”

The resolution also specifically seeks to echo the statement released by President Morehead on Jan. 30, “international members of the bulldog nation: ‘You are valued; you are supported; and you are an integral part of this vibrant university community.’”

Morehead followed up his initial statement with a second more personal release that afternoon. It is this second statement which the resolution refers to.

Brown said that they felt it was their responsibility as student leaders to speak in support of these groups and join with President Morehead in speaking out.

“The best thing for us to do right now is to provide a stable platform for the UGA community to express to administrators and their leaders what they need right now,” Brown said.

The African Studies Institute in the Holmes-Hunter academic building was vandalized on Jan. 29, and for some the attack has been a reminder of the issues dividing the country.

Campus Carry bill makes its way back to General Assembly

The idea of allowing guns on college campuses has returned to the Georgia General Assembly.

Cheers of both satisfaction and disapproval were echoed across the nation on Nov. 18 and are still just as thunderous following President Dona…

'A day without immigrants': Athens businesses close doors in protest

As part of a nationwide protest, local businesses in Athens closed their doors for one day on Feb. 16 to commemorate 'A Day Without Immigrants…