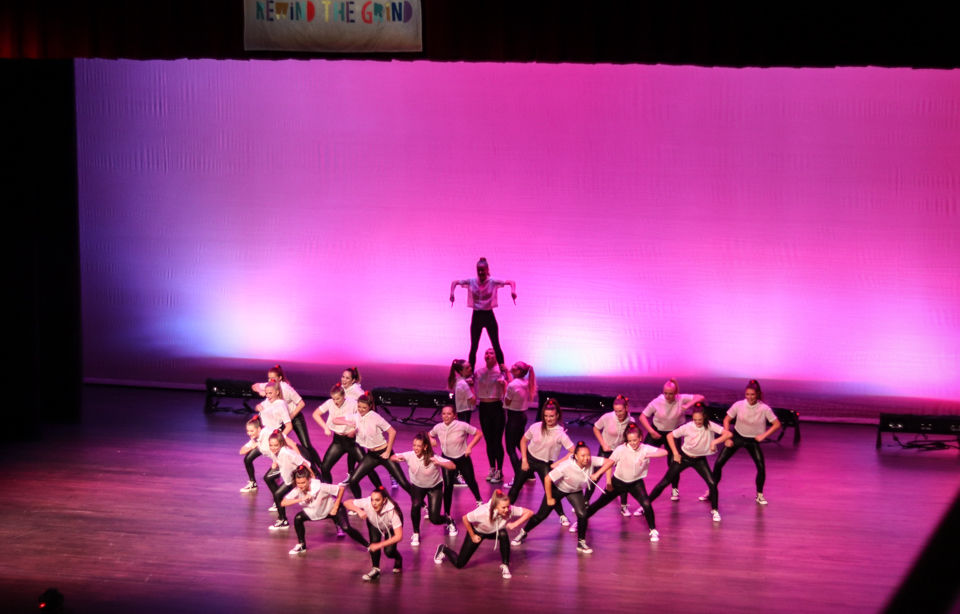 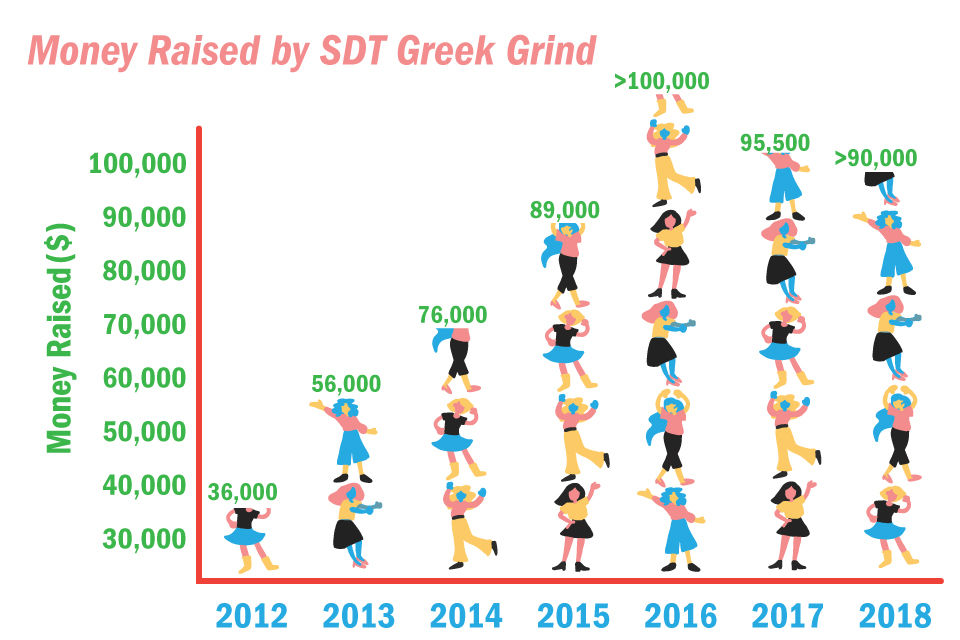 The sorority will host Greek Grind at the Classic Center on Oct. 16 at 8 p.m., according to Alyson Satisky, SDT Greek Grind event coordinator. This year’s theme is “Electrify the Grind.” Participants must have a dance routine and costumes that exemplify the theme. Additionally, they are able to use a blacklight for a maximum of 30 seconds.

Since its start 15 years ago, the sorority has expanded the event. Greek Grind has become one of the largest Greek Life philanthropy events at UGA. Last year, the campaign raised more than $90,000 for the foundation, which aims to “prevent the abuse and neglect of our nation’s children,” according to its website.

Satisky, who is also an SDT member, began preparation in January and is “really excited to watch the whole night come together.” She said she has used her background in dance and fundraising to organize the competition.

Panhellenic sororities dance in front of a panel of judges. There will be a first, second and third place winner in the dance competition — they are scored on stage presence, costumes, entertainment, precision, difficulty, “Electrify the Grind elements” and overall performance.

There will also be three winners for the spirit aspect of the competition. Satisky said this portion is an important part of the fundraising process. Sororities can earn spirit points through buying the Greek Grind t-shirt on-sale at the event, Venmo competitions, raising money through a donation page and percentage nights organized by each sorority where supporters can dine out at restaurants that will donate a percentage of their night’s profit to the cause.

Each sorority also has a male representative who takes the stage to show off his own dance moves. Audience members vote for their favorite by sending money through Venmo to earn points for the chapter. In the past, sororities were able to choose any male student as their representative, but now the student must be a fraternity member.

Sigma Delta Tau had the Athens community twisting and shouting on Wednesday, Oct. 10, with a…

Satisky made this decision to encourage involvement from the other side of the Greek community. While historically Greek Grind has represented Panhellenic sororities, she wanted to give the same opportunity to men.

“The boys always want to come, and they get really excited about it, so I decided why not have them participate and help us raise money,” she said.

Luke Parker, from the television show “The Bachelorette,” will emcee the event. People who wish to view the competition but are unable to attend can purchase livestream tickets for $15 via Venmo.

When the band Jester played its last show during AthFest this year, the members said there w…

On Oct. 15, the University of Georgia Student Government Association held Senate and Executive Cabinet meetings. In cabinet, the executive off…