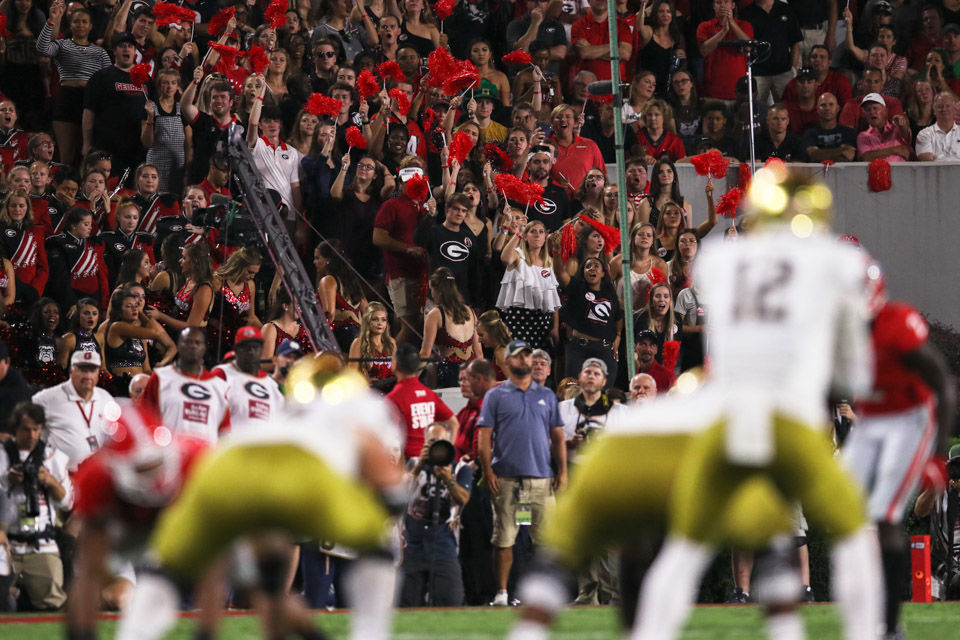 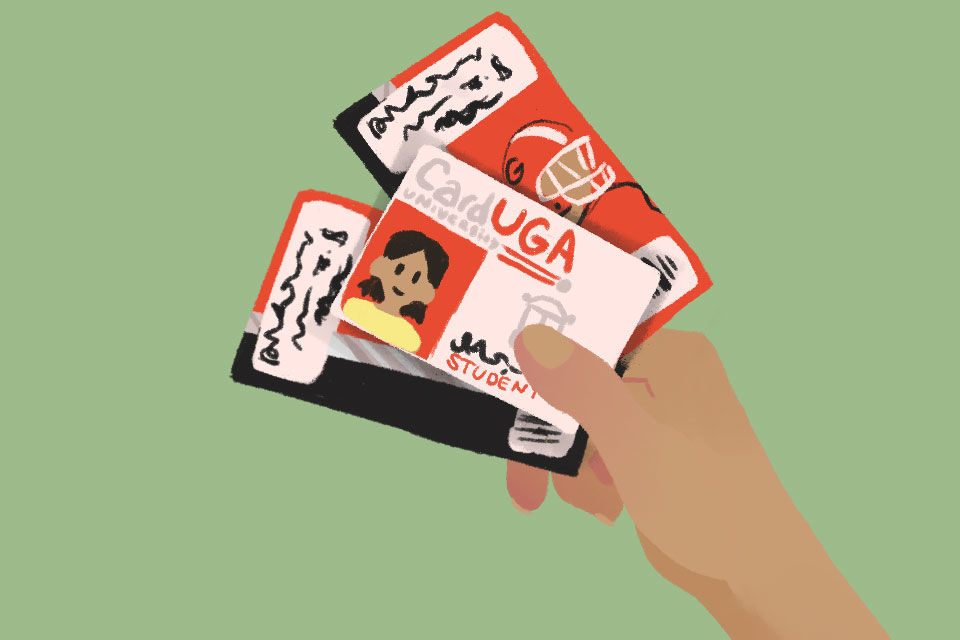 Students were unhappy in the way Georgia Athletics handled student seating during the Notre Dame game on Saturday, Sept. 21.

The Sept. 21 Georgia-Notre Dame game drew an unprecedented audience to Sanford Stadium — 93,246 fans ranging from Notre Dame devotees, University of Georgia alumni, students and other fans. The highly-anticipated game created nationwide buzz as the Bulldogs edged out a 23-17 win.

Some students, though, were less than satisfied with their experience at the historic game. Students complained of being shuffled around by stadium staff and being told to leave despite having purchased tickets.

In the days following the game, students took to social media. Senior Jessica Phillips, who posted her story online, said the night was the “most awful experience” she’s had at UGA.

The Red & Black spoke to several UGA students, many of them seniors, who paid and obtained a full student ticket package, which includes all seven games in Athens. Each student said they entered the stadium an hour or more before kick off, failed to find seating in the student section and were redirected to sections 300 or 600 by event staff.

Non-student ticket holders sat in the 300 and 600 sections so student-ticket holders had to leave, students said. Students alleged mistreatment from staff, Notre Dame fans and police officers in the stadium.

UGA negotiated a deal with Notre Dame in 2014 to schedule two games — one in South Bend, Indiana, and one in Athens — and promised 8,000 tickets for Fighting Irish fans in Sanford Stadium.

“We failed, we had people who didn’t get the experience they wanted, but I do want people to know we genuinely care about their experience.”

In an interview on Sept. 24, Deputy Athletic Director for Operations Josh Brooks addressed issues raised by students. In reference to staff members sending students to section 600, Brooks said that was a “huge miscommunication” and students would normally never be placed there.

“I’d like it to be known that we care and we listen,” Brooks said. “We failed, we had people who didn’t get the experience they wanted, but I do want people to know we genuinely care about their experience.”

In an email ahead of the game, Brooks had said stadium staff were “prepared for all scenarios.”

By the instruction of stadium staff, Jae Choi, senior biological science major, said she and her friends were directed to sit in section 306 but were later removed by people who had paper tickets in that section. They were then told to relocate to section 600, a predominantly Notre Dame fan area. Choi claims the fans verbally attacked her and her friends and told the students “show us your tickets or leave now.”

“We were sick of all the harassment and being tossed here and there, we couldn’t even stand to watch the game. We ended up being forced to leave [by the police],” Choi said.

As the group of seniors left the stadium, Choi said they saw multiple students tearfully arguing with staff members. This prompted Choi’s friend to “burst out bawling,” after wishing to be a part of “one last, huge game” his senior year.

Caroline Stevens, a first year doctor of pharmacy student, found an open area near a railing during the game but was asked to move by a police officer. Stevens asked the officer where she could relocate — the officer allegedly became “verbally aggressive.”

“As I was going down the stairs, the officer came and grabbed me by the arm to drag me out of the stadium,” Stevens said. “After leaving, I learned I was not the only student mistreated at this game.”

Darcy Downie, a senior advertising major, attended the game with her boyfriend. They traveled throughout the entire student section in search of seats to no avail. Downie said the walkways were overcrowded with people and stadium staff could not guide her to an area to sit.

“I was so overwhelmed at this point that I started hyperventilating, and so we had to go find an area that wasn’t crowded for me to calm down,” Downie said.

Looking back, students believe despite the athletics department efforts, staff overlooked the importance of students’ experiences.

“I can understand [UGA Athletics] trying to make as much money as they could, but not if it’s at the expense of the people that support them,” said Annie Kong, senior computer science major.

Another issue arose for students with recently made or renewed student I.D. cards. Kong scanned her I.D. at the gate but was told no tickets appeared on her account. The staff member said this issue was typical for students who received a new card within the past four weeks.

“I went to will call and they gave me a general admission ticket instead,” Kong said. “I wish I would’ve known it would be an issue beforehand.”

Phillips, Downie and Laurel Fox, a senior landscape architecture major, voiced their complaints to the UGA athletics department and received an apology from Brooks.

In an email Brooks sent to a student, he said student comments will be “used to improve the experience for students in the future.” Downie and Fox received a similar message from Brooks and appreciated the direct communication. Both felt it was a step forward to improve students’ experience in Sanford Stadium.

To prevent similar issues in the future, Brooks said the department plans to increase security in all student sections to prevent non-students from entering, as well as add more staff to assist students in finding seats in their designated area. Brooks has personally spoken to students and apologized for their negative experience and said the athletic department’s goal is to “provide an exceptional experience.”

As many of the students love for UGA football remains, so does their disappointment.

“We’re loyal to our school and our team. We have red and black pride. Why did we have to suffer for it? So many students left in tears,” said Vi Nguyen, a senior biology and neuroscience major.

Fans, Athens businesses prepare for the biggest game of the year

Sept. 21 marks the first matchup between the Georgia Bulldogs and the Notre Dame Fighting Ir…

In 2014, the University of Georgia athletics program made a deal with Notre Dame resulting i…

The mistreatment of students during the UGA-Notre Dame game was symptomatic of a bigger problem. The UGA Athletic Association must do a better job at meeting students wishes.

The Georgia-Notre Dame game on Sept. 21 brought a flood of customers to downtown businesses, resulting in some restaurants more than doubling …

Football games are a chance for the entire UGA community to rally around the team. However, Sanford Stadium lacks seating that meets the needs for handicapped fans, hurting their ability to enjoy the game.

The south side of the University of Georgia Recreational Sports Complex will be “closed for the foreseeable future” due to a sinkhole that was discovered on Jan. 16.