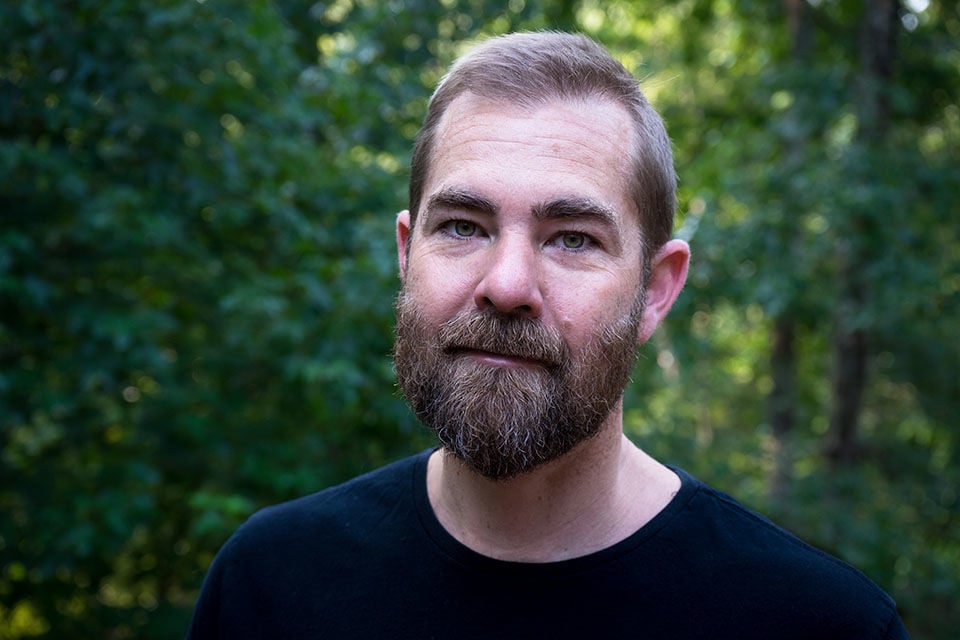 Mike Lord, a small-business owner from Athens, Georgia, poses for a self-portrait in Athens, Georgia. Lord’s wife is a graduate student at the University of Georgia, and the two of them are currently experiencing a price increase after a year of being on the plan. 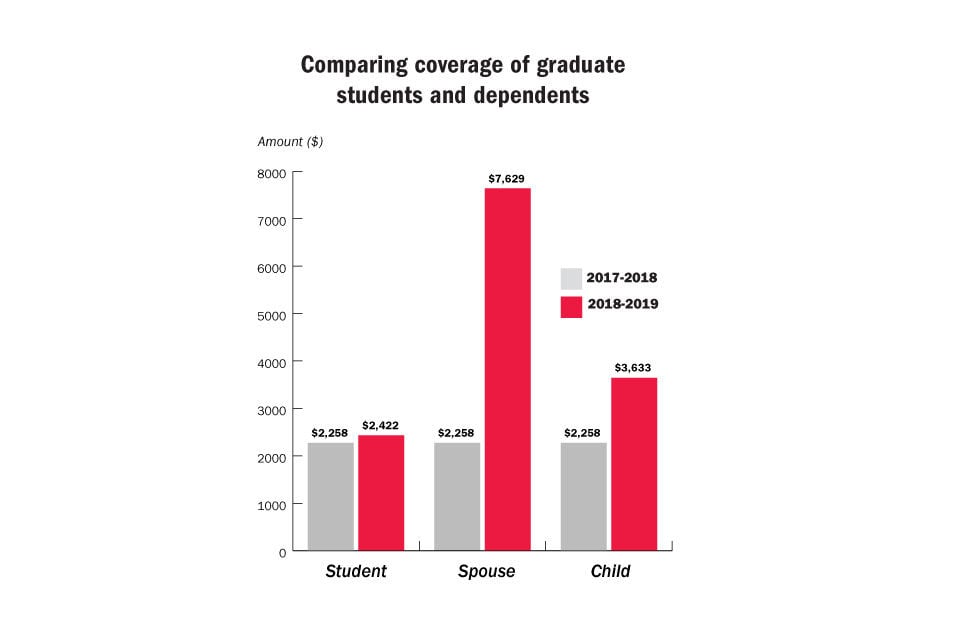 When his wife checked her student account to pay for her health insurance, Mike Lord found out in late July that he would either have to pay more than 3.5 times more per month or go without coverage.

Being a small business owner, Lord relies on his wife’s health insurance plan, which she has through the University of Georgia as a graduate student.

His new rate will cost him $640 a month, a jump that’s left Lord at a loss for what to do next.

“If they knew that price was going to be [3.5] times higher, I wish they would’ve just told me, and I never would’ve signed up for it in the first place,” Lord said.

Graduate students with a qualified assistantship, which includes Lord’s spouse, are required to enroll in university health insurance, according to UGA Human Resources. Because of this, Lord decided to switch to UGA’s plan in January of this year.

His plan went from about $1,300 for January through July 2018 to about $4,400 for January through July 2019 — a 338 percent rate hike — which must be paid in one lump sum at the beginning of each semester. In month-to-month costs, his plan went from about $186 a month — cheaper than typical marketplace plans available on healthcare.gov — to about $629 a month.

On Aug. 1, however, when the new semester began for health insurance coverage, Lord said he felt as if he lost coverage.

When it came time to renew the policy for the five-month semester, his wife logged on to pay for her health insurance plan, which isn’t affected by the rate increase, and noticed his total was significantly more than their budget allowed.

“This is not only just out of the blue, but we don’t have an extra $5,000 in our budget, particularly because one of us is a grad student,” Lord said.

The only choice he has for insurance is to enroll through the marketplace, Lord said. However, the open enrollment period is no longer open for 2018, unless he can prove a loss of coverage.

“Otherwise, I can’t register for insurance at all,” Lord said.

After discovering the price changes, Lord reached out to UGA and the University System of Georgia.

“Kind of what the university has done is worse, because they’re going to try to argue that it’s not a loss of coverage on one hand, but then they made it so unaffordable that essentially it is a loss of coverage,” Lord said.

The 350-percent rate hike affects all graduate students’ spouses and children who are on university health insurance under USG, not just at UGA, according to Annette Ogletree-McDougal, executive director of communications at Board of Regents at USG.

The rate was negotiated in late 2017 with UnitedHealthcare StudentResources, an insurance company that specializes in providing students health insurance, Ogletree-McDougal said.

The rates increased because there were more spouses signing up for UGA health insurance.

“A rise in spouse claims increased the cost of the plan for all students regardless if a student has a spouse covered on the plan,” Ogletree-McDougal said.

In other words, all graduate students’ costs were affected by spouses’ costs. Dependents account for 7 percent of plan participants within USG, Ogletree-McDougal said.

“With this change in the premium plan, the majority of students covered under the USG student health care plan will no longer financially support the health care costs for the small percentage of students with spouses,” Ogletree-McDougal said.

Although the students’ plans didn’t go up, Lord and his wife share a bank account, so she is affected too. By raising his premiums $4,000 a year, Lord said this directly affects the graduate student.

Lord said UGA did not do a good job of communicating “an announcement of this magnitude.” One notification was sent through ArchNews in July, but it got lost through his email, Lord said. Other than that, he said he received no notice.

“The insurance company — they’re in it obviously to just make money -— but the university could be a little bit more compassionate,” Lord said.

Negotiations with UHSR began in late 2017, according to Ogletree-McDougal. Rates are assessed annually.

In its July notification sent to students, UGA Human Resources recommended spouses of graduate students enroll for health insurance through the marketplace or through employer plans.

Moving forward, Lord does not plan to renew his UGA health insurance for the semester. Instead, he will explore his options on the marketplace but will only be able to apply for coverage if his situation is considered a loss of coverage. Otherwise, he will be temporarily uninsured.

5 things: Quick takes on stories you may have missed

A lot goes on around Athens and UGA campus and  sometimes it can be hard to keep up. From Pa…

In the spotlight: UGA alumnus nominated for 12 awards

Athens-Clarke County Landfill will reach capacity within a year

At the Athens-Clarke County Landfill, about 300 tons of waste are received and disposed of every day. With each truckload of trash, the landfi…

Birds descend on Athens: What to know about the new electric scooters around town

The University of Georgia, with its limited parking and rolling hills, is home to a variety of commuters: bus and bike riders, drivers and ped…

Decorated signs, loud cheers and honking cars surrounded the Arch on the University of Georgia campus on the evening of Sept. 7 in response to…