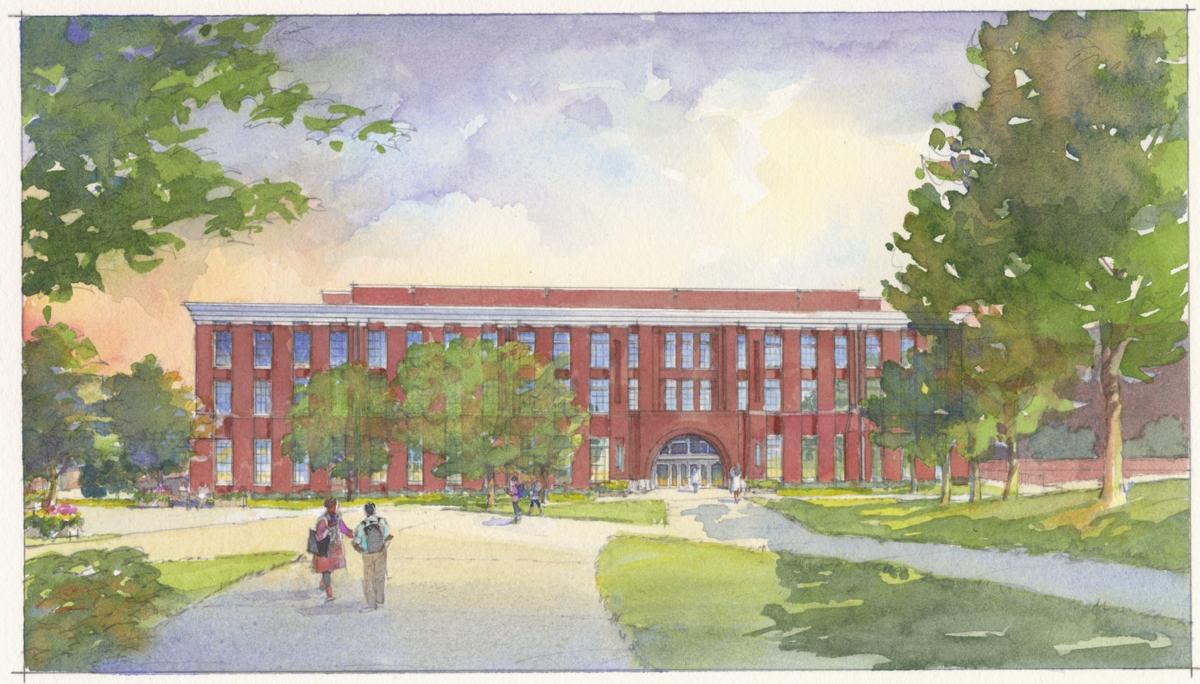 A rendering of the Interdisciplinary Science Technology Engineering and Math research building, which will house faculty, researchers, and chemistry and engineering graduate students upon completion. (Courtesy the University of Georgia Office of University Architects for Facilities Planning) 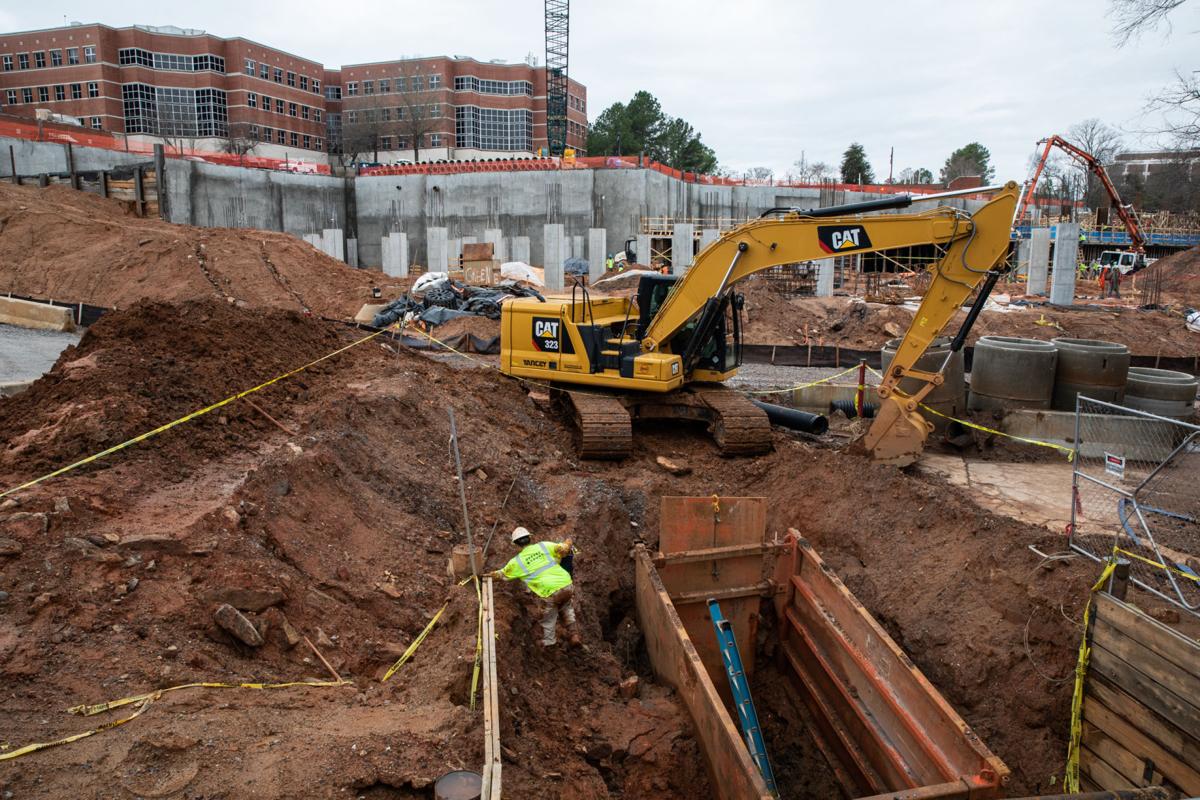 The University of Georgia broke ground on its Interdisciplinary Science Technology Engineering and Math research building in Nov. 2018 and is set to be complete summer 2021. (Photo/Ryan Cameron rcameron@randb.com)

The University of Georgia’s multimillion-dollar Interdisciplinary Science, Technology, Engineering and Math research building is still in phase I of construction, according to an email statement from UGA spokesperson Greg Trevor.

Phase I construction began in 2018 and is expected to be completed by summer 2021.

State and university money will fund the massive project, according to a 2018 UGA Today news release. The project’s total budget for phase I is more than $79 million, which includes design fees, furniture, equipment, existing contracts for surveying and other building needs, Trevor said in an email. $65 million of that total goes toward construction costs.

State bond funds totaling $45 million and $20 million of institutional funds, which are predominately indirect cost revenues generated by research grants, are funding the construction cost, Trevor said in the email.

Phase II of building will look almost identical to phase I, and should be completed about a year or two after phase I, said Jonathan Amster, a chemistry professor and previous department head. The two buildings will be connected by a sky bridge, he said.

According to Trevor, phase I construction in February included concrete pours for foundation columns, elevated slabs and site work for utilities.

The building will house more than 100 graduate students in engineering and chemistry as well as 30 researchers and faculty members, according to the 2018 release.

The building will include three stories of laboratories, support spaces, offices and study areas for graduate students and faculty as well as three levels of underground parking, Trevor said in the email. The building will also offer “flexible, open lab spaces” designed to promote collaboration across disciplines and maximize space.

The building will serve as UGA’s “foundation for supporting innovative research and education activities in the 21st century,” Trevor said. A $3 million National Science Foundation grant given to UGA in 2018 to “research and improve STEM education practices will also advance UGA’s stem presence, the 2018 release said.

The building was designed with an interdisciplinary focus in mind, said Eric Ferreira, a UGA chemistry professor and member of the building’s steering committee. On the steering committee, more than a dozen department heads, professors and students from chemistry, engineering and other departments work with architects to maximize areas where interdisciplinary projects could be implemented, Ferreira said.

“There’s already some existing collaborations between chemistry and engineering, so having them collated will be a really nice thing,” Ferreira said. The labs will be intermingled with each other, which will enable “research teams to assemble much more readily,” Ferreira said.

The current chemistry building, built in the early 1970s, is “totally inadequate” for the science that goes on inside, said Amster, who was involved with the early stages of design and development of phase I.

“We don’t have proper HVACs, heating and air conditioning is always a problem, but humidity control is the biggest problem,” Amster said.

The current building also lacks efficient energy systems, adequate power and freight elevators in some wings of the building, both Amster and Ferriera said.

Upon moving to the new building, the current chemistry building will undergo internal renovations to be “refurbished and repurposed in some ways,” Ferreira said.

“What they’ll use it for is a larger question,” Ferreira said.

The new facility will enable UGA to better recruit top faculty and graduate students, who are “a real commodity for researchers,” Amster said.

According to a 2019 UGA Today news release, the number of UGA undergraduate students in STEM majors rose about 20% from 2013-2018.

The I-STEM research building will be located on South Campus at the corner of Cedar Street and East Campus Road in the center of the science and engineering corridor next to the biochemistry building.

Early voting for presidential primary won’t be held at UGA

UGAvotes, a nonpartisan campus organization dedicated to encouraging students to vote, will …

Members of the University of Georgia Student Government Association unanimously passed a resolution encouraging UGA to require at least one gender-inclusive bathroom in new buildings on the Athens campus in a senate meeting on Tuesday.

Katie O’Connor, a 2016 University of Georgia alumna, works at the American Foundation for Suicide Prevention to raise awareness about suicide prevention.