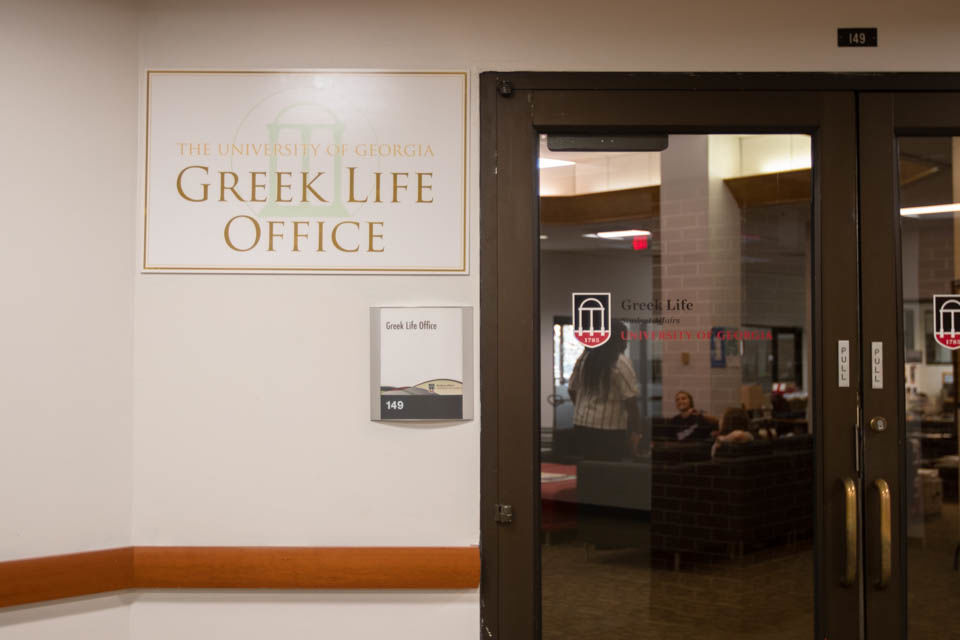 The Greek Life Office is located on the first floor of the Tate Student Center on the University of Georgia’s campus in Athens, Georgia. The university issued a statement on Aug. 26, 2019 announcing an investigation into the misappropriation of funds from student organizations and updated the statement on Aug. 27 to reveal that the “criminal activity” had been traced back to one now-deceased university employee. (Photo/Gabriella Audi, www.gabbyaudi10.wixsite.com/mysite-1) 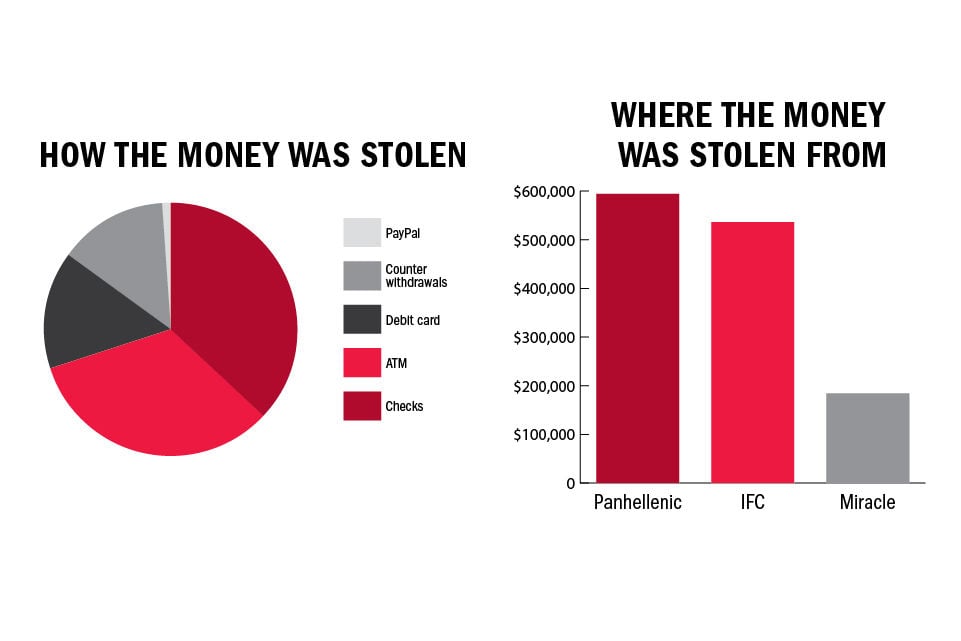 Three University of Georgia student organizations that lost $1.3 million due to a decade of theft have been reimbursed, university spokesperson Greg Trevor confirmed on Nov. 11.

The funds were stolen from the Interfraternity Council and Panhellenic Council, self-governing bodies of UGA’s fraternities and sororities, respectively, and UGA Miracle, a philanthropic organization that benefits Children’s Healthcare of Atlanta. Finances for the three organizations were managed by the Greek Life Office.

UGA police investigators, along with the university’s Internal Auditing Division, began an investigation into the stolen funds in June after Miracle noticed financial discrepancies.

The theft and criminal activity was limited to Lasina Evans, a now-deceased Greek Life Office employee who killed herself in June after the discrepancies were first noticed. But investigators also found the theft was enabled by a lack of oversight — Evans had almost complete control of the office’s finances.

The full story: How lack of oversight allowed a Greek Life employee to steal $1.3 million over a decade

On the morning of June 19, the executive director of UGA Miracle informed then University of…

PODCAST: How lack of oversight allowed a Greek Life employee to steal $1.3 million

In this week's episode, News Editor Hunter Riggall discusses the reporting process behind the story of how one UGA employee stole $1.3 million from student organizations.

Police called in reference to woman involved in battery

U.S. District Judge Steve C. Jones of the Northern District of Georgia will be the keynote speaker for the 17th annual Martin Luther King Jr. …

UGA completion rates are on the rise

Although graduation rates are on the rise, many students at the University of Georgia take longer than four years to graduate.

While University of Georgia students may not be staying in Athens for Thanksgiving break, they still have an opportunity to celebrate the holiday on campus for the 11th year in a row.