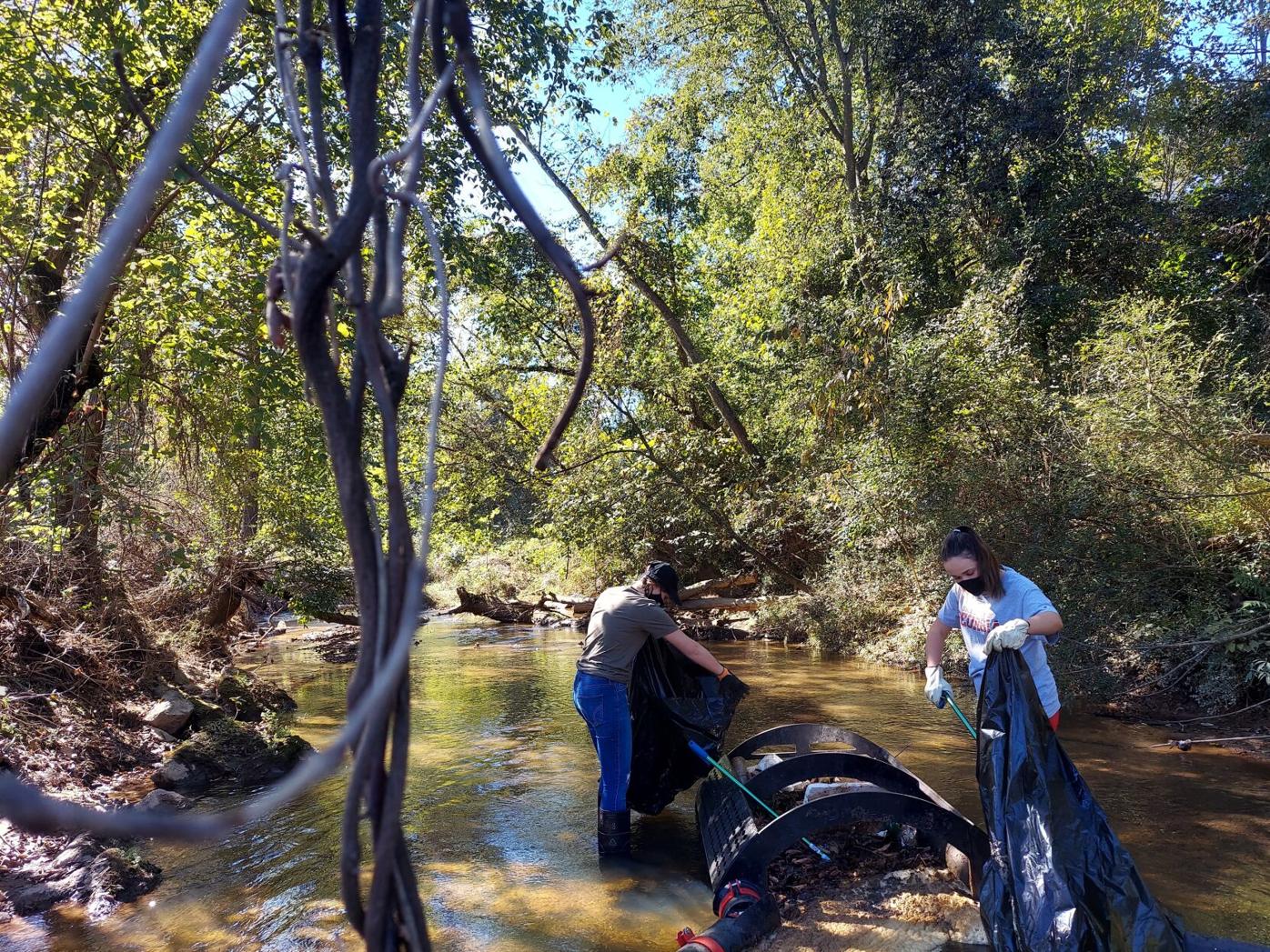 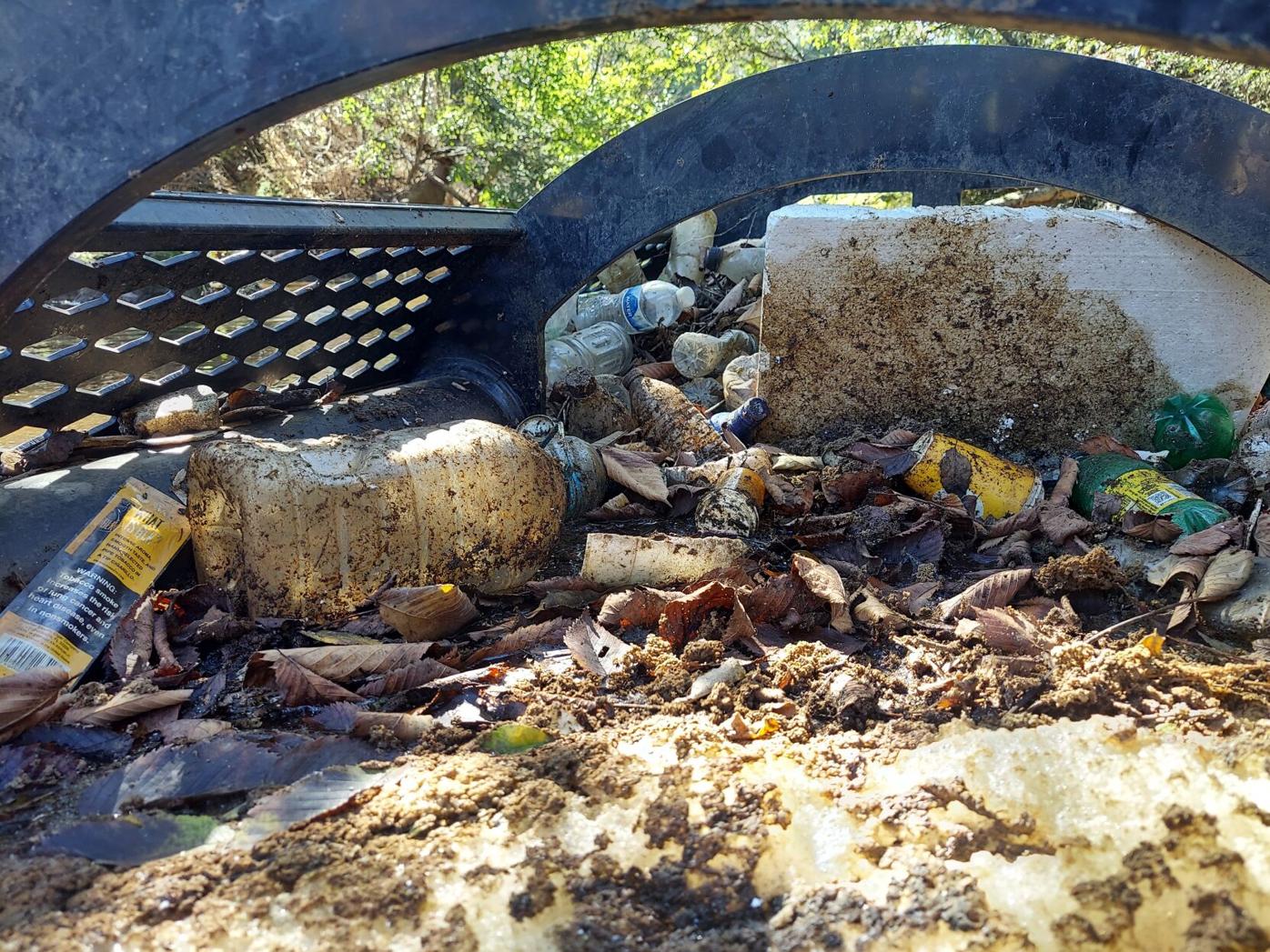 The inside of the Trail Creek trash trap as it is being emptied on Oct. 19, 2021. (Photo/Alex Anteau) 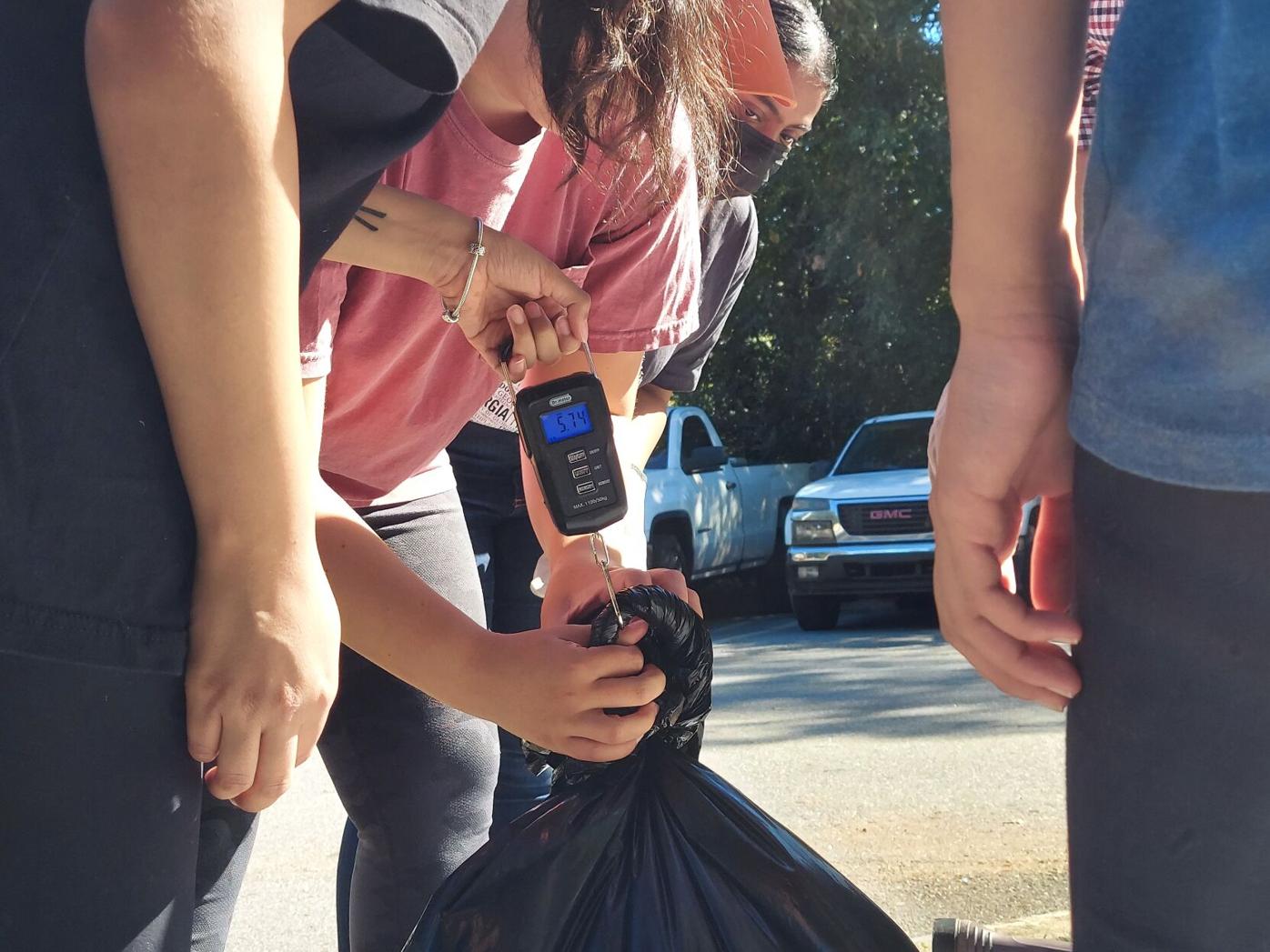 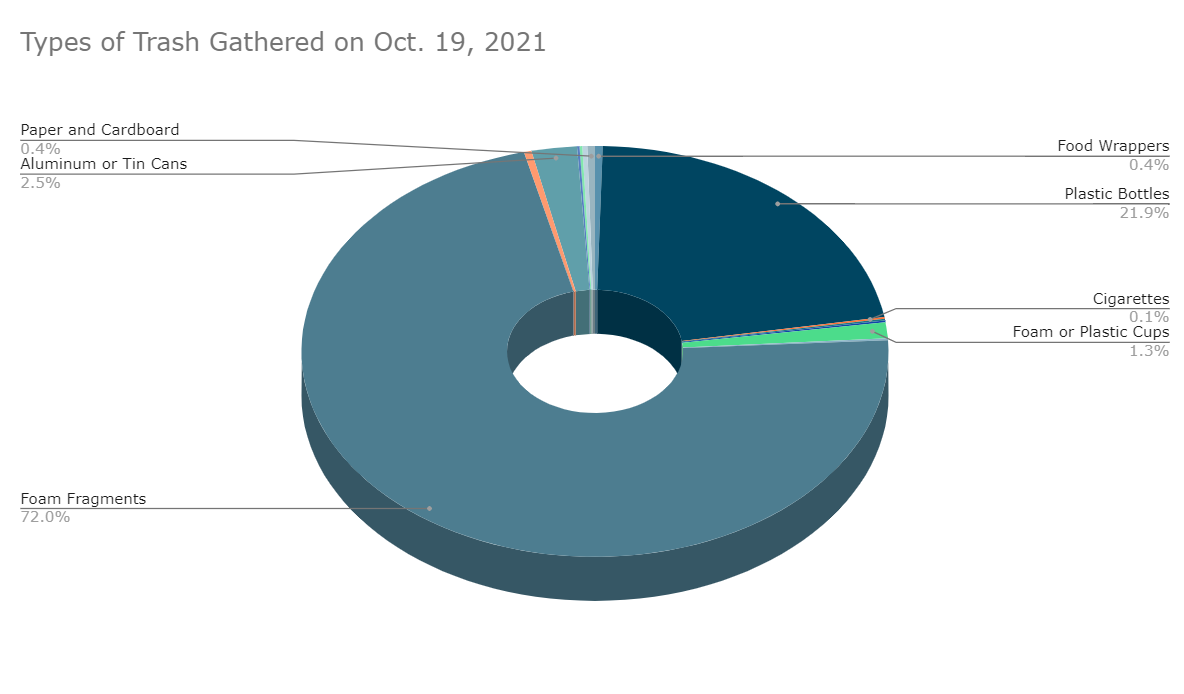 A breakdown of the types of trash gathered from the trash trap. (Chart/Alex Anteau)

On Tuesday, students from Marguerite Brickman’s Basic Concepts in Biology honors course at the University of Georgia gathered in the parking lot of the Oconee River Greenway. Tuesday’s class would be a little different than usual. Together, the students would be emptying a trash trap located near the delta of one of the river’s tributaries, Trail Creek.

The Bandalong Litter Trap is a device designed to reduce plastic waste in the ocean. Most of the garbage that gets to the ocean does so through small waterways, like Trail Creek, so stopping trash closer to its source reduces the amount of waste that could eventually make its way out into open water.

This particular trap was temporarily donated to UGA’s Office of Sustainability by Storm Water Systems, a UGA alumni-founded company which is dedicated to removing litter, debris and pollutants from the world’s waterways, according to its website.

Reducing water pollution isn’t this project’s only goal. Once litter is pulled from the trap and catalogued, the UGA New Materials Institute uses that data to study what kind of waste is most likely to end up in Athens waterways and comes up with targeted solutions to reduce it.

Brickman began the class by reflecting on what her students have learned about their own trash consumption. As part of their coursework, students keep diaries of their personal trash habits to better understand how their actions affect the environment.

“I’d never thought about it before this class, ever,” said Ashley Simkin, a first-year student enrolled in Brickman’s course.

Then, it was time to get to work.

Kevin Kirsche, director at the UGA Office of Sustainability, instructed the class on the proper procedure for gathering, sorting and removing trash. Students chose which roles they would serve for the day.

Two students, Cecelia Pumpelly and Lilly Deane, volunteered to enter the creek and empty the trap. They worked together and used trash pickup tools to remove garbage from the traps and put it in large bags that would be taken to their classmates on shore to weigh and sort.

Back on dry land, each bag of trash was passed on to another group of students to weigh. The weight of each bag was measured in pounds and recorded. Once on-site work was finished, the Office of Sustainability uploaded the data to Debris Tracker, an open source app that allows citizen scientists to help track plastic pollution in their communities.

Then, it was time to sort. Garbage was grouped by type, and everything from foam fragments to rubber balls was accounted for.

At the end of the class, the students had gathered a total of 717 pieces of trash, collectively weighing 37.3 pounds.

While larger scale passive trash gathering efforts may cause unforeseen impacts on marine ecosystems, Kirsche said the small bandalong trash traps have minimal impact on the local ecosystem. They float on the surface of the water in order to not disrupt the migration of aquatic species, so fish and other species can travel under the trap safely. A camera is also installed on a nearby tree, which often captures images of wildlife on or around the trap, including deer, heron, and raccoons.

“I believe the trap creates cover and an attractive habitat for some fish, which may be why herons like to perch there.” Kirsche said.

Basic Concepts in Biology is a mandatory class at UGA. However, even though many of the students enrolled aren’t currently majoring in biology or ecology, they still believe that the work they did on Oct. 19th has value.

“In economics, or in any topic, this affects everything we do, and it will affect everything especially while we're going into our careers. So just knowing what's going on with the world and how it's going to affect us is so important,” Pumpelly said, as she and Deane worked together to empty the trash trap in the middle of the creek, “It makes you think of all the different ways you could channel your passions into something that will result in a bigger change in your country, the world, wherever you are.”

After a fatal crash in September involving a biker in Athens-Clarke County, bicyclists are wondering whether Athens roads are safe for them.

A panel of about 40 University of Georgia students gathered on the fourth floor of the Tate Student Center Tuesday afternoon as Sen. Raphael Warnock visited campus to detail his road to becoming a Senator and his work in Congress.

Native American UGA students reflect on tainted history, progress to be made

Despite their small numbers and the challenges they face, Native American students at UGA are banding together to examine the troubled past of the university and look toward a future that is hopefully more accepting of Indigenous people.

Harold D. Melton, former chief justice of the Supreme Court of Georgia, will teach a class in the University of Georgia's School of Law in the spring.