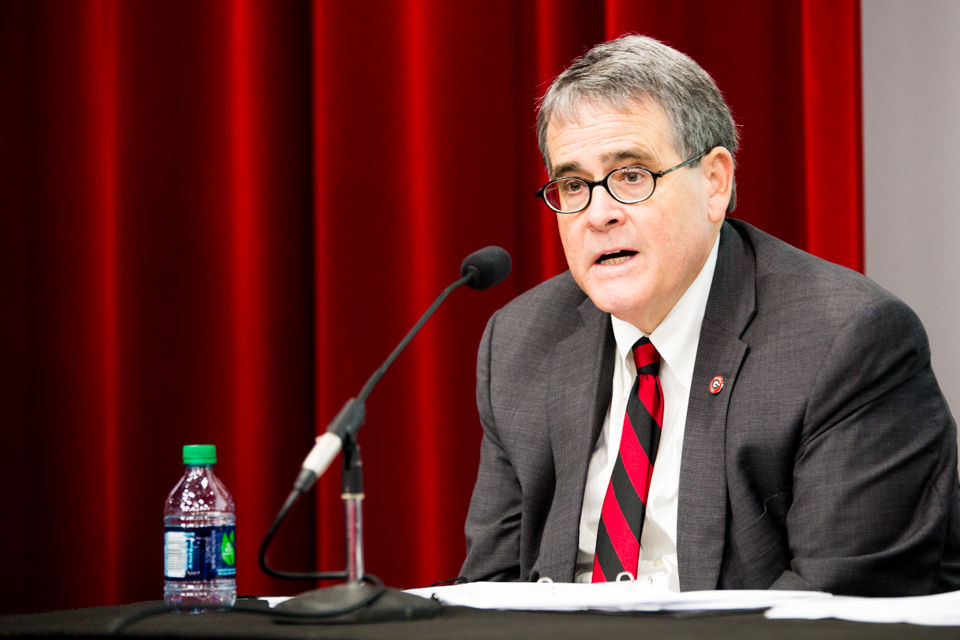 Jere Morehead, president of the University of Georgia, speaks at the University Council meeting in Tate Theatre on Wednesday, Nov. 20, 2019. (Photo/Jason Born) 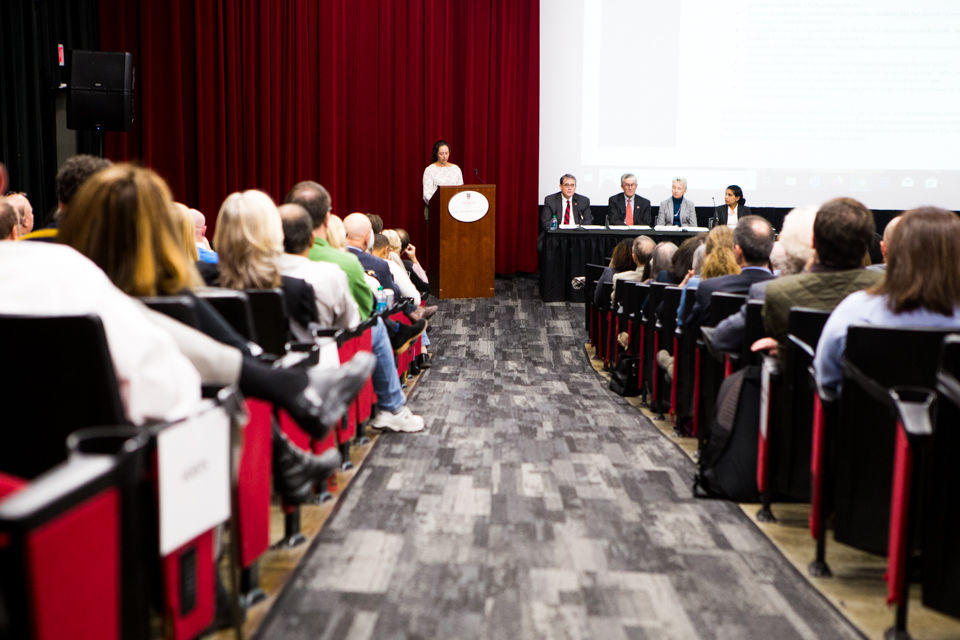 The University of Georgia University Council met on Nov. 20 for its last session of the semester. While items regarding changes to masters and Ph.D. programs at UGA were presented and voted on, UGA President Jere Morehead first addressed the council to speak about completion rates and diversity statistics.

Additionally, the first-year retention rate at UGA matched the university’s 2017 record at 96%.

The Strategic Plan Summative Report revealed UGA did not meet a goal to enhance diversity within the university’s staff and student body it set forth in 2012 for the 2020 Strategic Plan.

The original goals outlined increasing the percentage of underrepresented groups in graduate and professional populations by 20% by 2020. The committee also called for increasing the percentage of these groups in the undergraduate student body. The summative report states that peer institutions to UGA have had similar struggles with boosting faculty and enrollment diversity.

Lastly, Student Government Association President Rachel Byers spoke about SGA working with the University Health Center in regard to mental health and awareness.

According to Byers, SGA is currently working with Counseling and Psychiatric Services at the University Health Center to improve the referral process for students with mental health issues.

“Our goal is to make sure that even if UGA is not the place where students receive care, that they still feel supported ... and that they have a strong understanding of the resources available to them, both at UGA and in the community,” Byers said.

Members of the University Council also passed proposals to create, merge and change the name of various masters and Ph.D. programs.

Master of Environmental Planning and Design

The proposal was put up for a vote and passed.

Maerz additionally addressed a proposal to add a master of science in cybersecurity and privacy within the Franklin College of Arts and Sciences. The addition of the program was passed.

The proposal was created to address the need for expertise within the field of cybersecurity research and implementation. Additionally, the proposal asserted that UGA was already well-prepared to take on such an addition to its offered programs.

The final proposal addressed the consolidation of current integrative conservation Ph.D. programs at UGA under a simpler title. The proposal passed.

The University of Georgia will increase its graduate student emergency fund by $100,000 per …

The University of Georgia College of Engineering has received a $733,000 grant from the National Science Foundation to develop systems that he…

The University of Georgia has announced the creation of a Master of Fine Arts in Film, Television and Digital Media in partnership with the Georgia Film Academy and Pinewood Forest, a “new urbanist” community located near Pinewood Atlanta Studios, according to a UGA news release.