Incoming Freshman move into the dorms on August 11, 2015, in Athens Georgia. (Photo/Austin Steele)

Ryan Matuszak is going through what every University of Georgia student must live with during freshman year: student housing. And he doesn't believe Russell Hall’s $5,300 price tag is worth its quality of living.

“The rooms are really tiny. I have to walk down the hall to the shower. It’s just two beds and it’s $5,000,” Matuszak said. “Kind of ridiculous.”

Matuszak, a biology major, is one of 5,300 UGA freshmen that are required live in one of the university’s freshman dorms. The cost in campus student housing has increased within the past few years. Prices range from $4,680 for a year in Brown Hall to $7,354 a year in Busbee Hall. The Office of Student Financial Aid (OSFA) estimates on-campus housing costs to be an average $5,494 with an extra $1,396 if living at East Campus Village.

With HOPE and Zell Miller scholarships only covering tuition rates, there are few avenues students can take to cover housing outside of student loans.

Overall, students are expected to shell out around $25,000 to attend UGA, according to the OSFA. If a student lives outside of Georgia, the bill will top $42,000.

According to UGA Housing, 27 percent of housing money goes toward salaries and benefits for employees, 23 percent goes toward paying off long-term debt from construction and mortgages on property and 29 percent goes into a capital improvement fund used to renovate or upgrade rooms and furniture.

“It’s money. Simple as that,” Matuszak said. “Students shouldn’t be forced to pay for anything but tuition, but then the University wouldn’t get as much.”

Matuszak said he is eager to leave student housing and find an apartment. 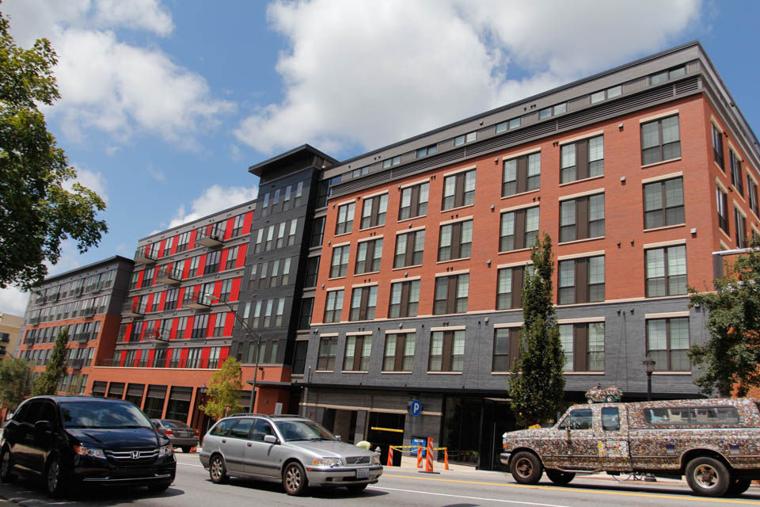 Some students believe that living off campus provides cheaper and higher quality housing. Maddie Sexton, a sophomore with an intended middle school education major, would agree.

“I’d like living in a dorm and everything for the social aspect of being so close to others, but it gets old living in the same room and haring the same bathroom as somebody,” Sexton said. “Having my own space is nice.”

For average Athenians, the cost of living is below the national average by 6.2 percent according to Forbes. However, with a job growth of 2.5 percent and average rent costing over $500 a month, less money is staying in students’ wallets.

“It really depends on what apartment you’re at,” Sexton said. “The ones really close to campus are more expensive. I live a little farther away and I’m not on meal plan which saves a lot of money too.”

Sexton said she thought the issue of freshman being required to live on campus was not exclusively an economic one.

“I kind of feel like [freshman] should have a choice, but I really see where UGA is coming from making a rule for that your first year,” she said. “I feel I would be a lot different if I wouldn’t have lived on campus and have that experience for one year. It helps getting used to college the first year.”

One of the good things about the housing market is competition. Students have a wide array of choices when it comes to off-campus housing. Rent can range from $525 per month to $3,000 according to Rent Athens. However, additional costs such as transportation and food may prove to be the deal-breaker for some.

“My rent isn’t really that much. We also get utilities included. There is a lot more choice with food and how much you spend a week,” Sexton said. “I’m definitely saving more money this year.”

For Sexton, another advantage is rent-sharing where she can split fixed rent costs with roommates.

“I know most people do share rent with each other, and that’s something [freshman living in dorms] don’t have,” she said. “That alone makes up for any extra stuff from food or gas.”

College is becoming a necessity to succeed in any career field in modern days. With universities increasing student tuition and fees and national student debt reaching $1.2 trillion according to The Economist, universities must work to make college affordable for students.

Starting Oct. 24, familiar drawings and paintings in six of the Georgia Museum of Art’s gall…

A lack of leadership in politics

Students weigh in on diversity, inclusivity on UGA's campus

The University of Georgia may have recently received a national diversity award, but some students think the university could be doing more to create an inclusive campus.

*Costs are per student, cannot be split between roommates

*Costs are per room, can be split between roommates

The rooms are really tiny. I have to walk down the hall to the shower. It’s just two beds and it’s $5,000. Kind of ridiculous.

For those of us living freely in society, prison is a difficult place to relate with. Most people know little of the lifestyle of Americans be…

Cross country: Woman races in every state to raise awareness, runs in AthHalf

Laura King Edwards’ younger sister Taylor King was diagnosed with Batten disease when she was 7 years old. At the time, Taylor could sing and …

Fall break is on the horizon as the long weekend and the Georgia-Florida game grows closer each week.

Resident assistants enjoy many perks for their work — free housing, a monthly income and a room alone. But sometimes the negative parts of bei…

Not every artist is suited for mainstream success. Although a performer, musician or designer may be talented at their craft, sometimes gainin…

Take a walk down East Clayton Street. Pick between the fried chicken, the cookies, the calzones, the burritos, the pizza and the giant sandwic…

Due to a significant drop in the price of oil in October, prices of gas around Athens have been going down, making gas more affordable for University of Georgia students.

The Department of Education released a report on Oct. 1 outlining statutory, regulatory and administrative recommendations to protect student borrowers as part of the Obama administration’s Student Aid Bill of Rights.

The residents of the high rise dorms showcased their scare factor and hard work with the annual Haunted High Rise event, which welcomes children from the Athens community to come experience some Halloween fun.

The majority of American renters are cost-burdened, spending more than 30 percent of their income on rent, according to a study released in October by the Department of Numbers.

A finalized copy of the University of Georgia Family Higher Education program made its way to the UGA University Council Executive Committee meeting yesterday.

The likelihood of earning a science, technology, engineering or math related major has decreased by 6.5 percent, according to a study released by researchers from Georgia State University and Oklahoma State University.

UGA ranked No. 6 for highest graduate salaries in Georgia

College students worry about lots of things, but finding a job with a good starting salary might be number one on the list.

‘Studentification’ of Athens to pause as mixed residential project moves in

Though luxury student housing has begun to change the face of Athens, other kinds of construction will break the monotony and bring diversity …

Students learning green building concepts donated their 'Tiny Dawg House' to a farmer in southern Georgia during the winter break, according to a University of Georgia press release.

The Georgia Senate approved a bill that would make $2,000 the minimum amount a HOPE Scholarship qualifier could receive for a maximum amount of credit hours at a public university in the state.

I personally think that these kids are way too pampered if they think that they deserve more storage space for the price that they're paying at the University. The costs for their accommodation on campus are entirely reasonable if you ask me since any other property outside of the hostel would probably be that much every other month!

Commercial spaces are one of the most profitable assets to have, they can be constructed with low costs and can provide very high incomes. It is considered as one of the best passive income. The commercial contractors Michigan can be your starting point.

It is normal for students to find rent in campus dorms, if not, they will search for apartments outside the campus. The local apartment managers and lenders shouldn't be scared of this transition, instead they can search for a professional property management company, like the washington property management service, to find for them other tenants.

Education is important, but the modern American version that has floated to the surface is a shame. How can government enslave young people with massive debt, while regulating and taxing away the means to pay it off leaving only cash advances bad credit for them? The sham of higher education, as designed by US, is another of the many violations against these next generations that will be difficult to undo.