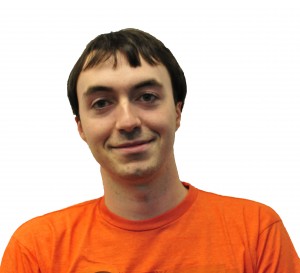 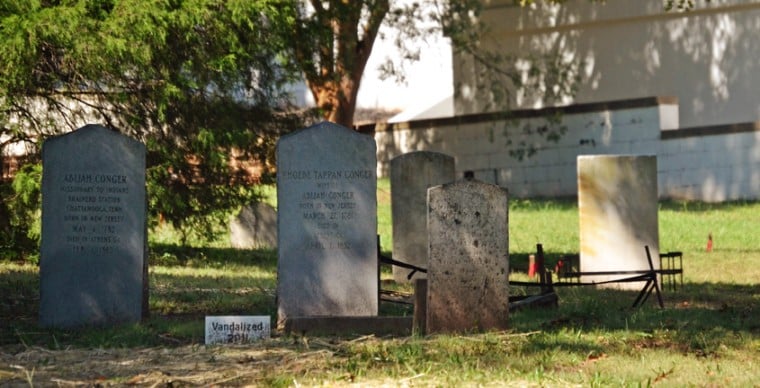 Jackson Street Cemetery, across from the library, contains many of Athens and the University's well known historical figures. TAYLOR SUTTON/Staff

Jackson Street Cemetery, across from the library, contains many of Athens and the University's well known historical figures. TAYLOR SUTTON/Staff

Throw aside the banjos and Deliverance hillbillies and you get plenty of things unexplained.

This is the area that was hotly contested during the Civil War and saw grave things happen during the Jim Crow area. Then there are the people who end it all and haunt their locales.

Here are the top haunted areas around the Athens area. Be sure to bring a change of underwear.

Located on campus, the Jackson Street Cemetery (Old Athens Cemetery) is perhaps considered to be Athens’ most haunted location. Throughout the years, the cemetery has lost much of its land, to being the 2.5 acre plot it rests on today.

Souls important to Athens and the University are buried there, and many believe the souls are not at peace. Of course, that may be because of the vandalism done in recent years to the tombstones.

Perhaps the most famous of the haunted Athens areas, everybody is familiar about the Wedding Cake House or Alpha Gamma Delta.

It’s supposedly haunted by a bride who killed herself after her fiancé broke the engagement off. Girls who live in the room she haunts become engaged within the year, adding more irony to this Athens folklore.

Nearby Watkinsville is also the center of numerous haunted places.

When Georgia first became a state, Watkinsville was the county seat and largest city in Clarke County.

Numerous paranormal investigations have occurred at Eagle Tavern, where several haunts have occurred. This includes a paranormal researcher receiving a broken finger from an unexplained object hitting him in the hand. The basement of the establishment also was used as a place to hold slaves prior to auction.

Ashford Manor is not only a place for summer concerts and romantic getaways.

The estate was a site hosting old slave cabins and other pre-Civil War establishments. The original owner lost his wife and children on the grounds, and another man committed suicide around the establishment. The Watkinsville landmark accounts for a long history of paranormal activity, and even reviewers of the Bed and Breakfast mention visions of spirits in their critiques.

A bridge over the Appalachee River, separating Oconee and Walton counties was the site of the last mass lynching in the United States.

A mob of 23 men lynched four African Americans (two men and two women) over the bridge. The murders remain unresolved, and every year the scene is reenacted as a way to raise awareness of the 1946 murders. The Georgia Bureau of Investigation recently reopened the case. But for a good spook, drive across the bridge at night.

Madison is special in that General William Tecumseh Sherman did not burn it to the ground on his march to the sea.

The location, though, served as a hospital for both Union and Confederate troops in the Civil War. It’s claimed that you can hear footsteps going up the stairs at night and see the figure of a tall man in a black suit at the top of the stairs.

One of Gwinnett County’s finer dining establishment, Little Gardens Restaurant is known for more than its food.

The place, situated near Lawrenceville and Lilburn, used to be a plantation house in the 1800s, before becoming a wedding venue and restaurant. It is said that a woman who died in the early 1900s in the restaurant continues to haunt it. Dishes and silverware have been moved and thrown and the bathrooms continually have cold spots – or areas where it suddenly gets unreasonably cold. If you’re in Gwinnett, and Netherworld does not strike your fancy, this could be worth checking out.

Located due north of Gainesville, Lula is a small town in Hall County. The trestle in town is haunted, following the death of a woman who was hit by a train. According to some reports, the train itself has been seen, as well as a person with the woman. In recent years, following multiple deaths around the trestle area, the area is now under video surveillance. Keep tracking at your own risk.

On the Road: Making the short trip to Columbia a bit longer

The trip between Athens and Columbia, S.C. is a short one. Just a simple trip on U.S. 78 and…

There are so many reasons to love October.

Dead, crunchy leaves, candy corn and pumpkins are some key reasons. Not to mention fantastic shows.

Not surprising, this weekend provides an odd selection of strong concerts.

Of all the things usually found in a frat house, a ghost isn’t one of them.

For the Sigma Phi Epsilon fraternity, bumps in the night are all too frequent. Members claim that their house on 327 S. Milledge Avenue is haunted.

Lullwater returns to Athens after streaming through hectic tour

Lullwater finds a way to have the East Coast meet the West.

On the Road: Gettin' lucky on the way to Kentucky

This week we’re on the road to Lexington.

Usually I understand the deeper meanings of movies.

"Sunday-Funday" will be taken to a new level if you’re 21 and older.

Say Anything goes from broken band to punk powerhouse

Known for its aggressive vocals and fast-paced guitar riffs, Say Anything has firmly planted itself as one of the bigger names in the punk roc…