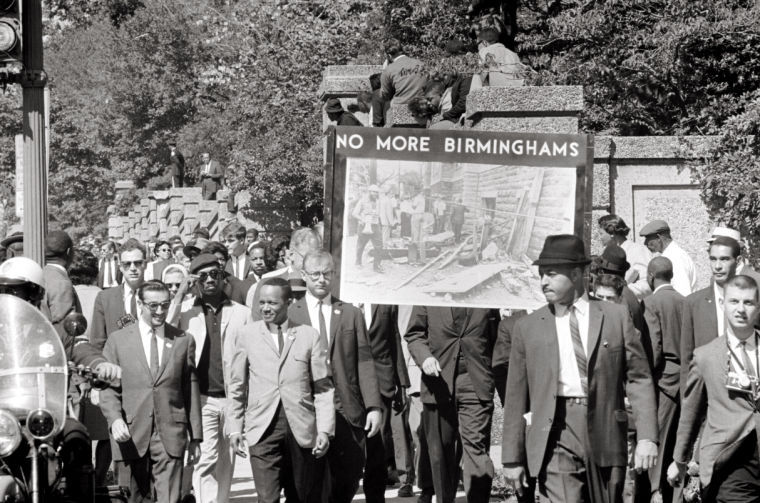 Congress of Racial Equality and members of the All Souls Church, Unitarian located in Washington, D.C. march in memory of the 16th Street Baptist Church bombing victims. The banner, which says “No more Birminghams”, shows a picture of the aftermath of the bombing 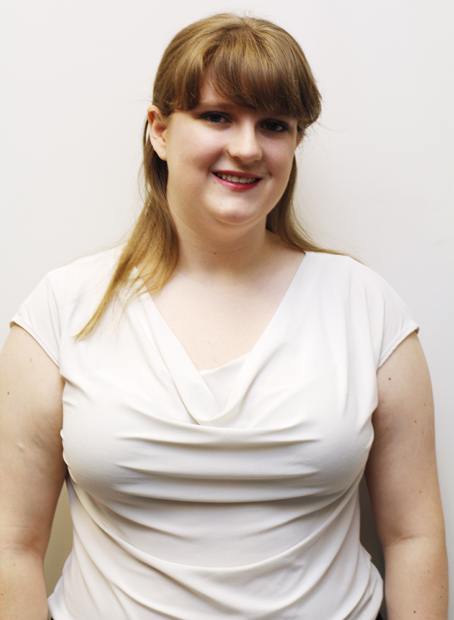 Congress of Racial Equality and members of the All Souls Church, Unitarian located in Washington, D.C. march in memory of the 16th Street Baptist Church bombing victims. The banner, which says “No more Birminghams”, shows a picture of the aftermath of the bombing

On the morning of Sept. 15, 1963, four members of the Ku Klux Klan planted a box of dynamite under an African-American Baptist Church in Birmingham, Ala. At 10:22 a.m., as a group of Sunday school children walked into the church, the bomb exploded. The blast killed four children.

The day after the bombing, then-editor of the Atlanta Journal-Constitution, Gene Patterson, published a column entitled, “A Flower for the Graves,” laying the blame of the tragedy not on the four men who planted the dynamite, but on the entire white South for creating such a culture of hate where four men could think that they had pleased white southerners by killing four children.

Patterson wrote, “Only we can trace the truth, Southerner — you and I. We broke those children’s bodies ... We — the heirs of a proud South, who protest its worth and demand it recognition — we are the ones who have ducked the difficult, skirted the uncomfortable, caviled at the challenge, resented the necessary, rationalized the unacceptable, and created the day surely when these children would die.”

This past Sunday marked the 50-year anniversary of this tragic event, and I’m glad to say this country has come a long way since that day. No longer segregated, Americans embrace the notion that everyone is allowed the opportunity of equality — no one race is superior.

However, America still has a long way to go on the road to equality.

With the ever-increasing population of immigrants, particularly of Hispanic descent, flowing into the country, racial tension is starting to creep back up. Some might argue that racial tension never really went anywhere; it was just hidden until a new target rose.

Our generation was taught from an early age that racism is bad. The message is carried in thousands of books, television shows, movies and other media until it is forever ingrained into our brains. The movements have ranged from the “Great American Melting Pot,” to “being colorblind” and now to the recently popular, “salad bowl.”

So why is racism still around today, 50 years after four children lost their lives because of the color of their skin?

The truth is, racism creeps into our lives everyday. It comes in the form of an off-color joke that you know is wrong, but you just can’t help but tell anyway; an assumption you make about a stranger’s life, solely based on his skin color; the stereotypes that are perpetuated in Hollywood and other media.

It is time for Americans to take a good long look in the mirror and confront the notions and prejudices that deal with race.

We cannot go back and change the past. We cannot stop the dynamite that killed those four children. We cannot change history.

We can create it.

Patterson wrote, “If our South is ever to be what we wish it to be, we will plant a flower of nobler resolve for the South now upon these four small graves that we dug.”

The flower has been planted. It is up to us to keep it growing.

—Sarah Lane is a junior from Rome majoring in communication studies

'Post-racial' America not as progressive as it once seemed

It's 2013: officially 50 years after the March on Washington for Jobs and Freedom, I would imagine America as a place where all races would be united and protected by the country we all call our home.

In light of recent reporting of discrimination of a black student during Panhellenic rush at the University of Alabama, Cydney Adams, a black member of a UGA Panhellenic sorority, doesn’t want others to believe UGA conducts recruitment like the chapters at UA.

I’m not oblivious to the fact we live in a world of patriarchy, but I didn’t think men could actually get paid by standing in front of a large studio audience and disrespecting women in every way possible.

Tragedy and terror should not define us

We have to learn to be able to cross the aisle and grab a pound of apples without our parents.

"Today" show host Al Roker presented the Holmes-Hunter Lecture Thursday. The lecture was originally scheduled for Feb. 8, but was postponed due to harsh weather conditions in the Northeast that prevented the weatherman from traveling.

If you think that racism does not exist in the U.S. anymore, you are seriously mistaken. It has gone through many changes as the years pass by, but it has not disappeared.

What many people fail to realize is the practice of blackface is not just offensive, but it shows a blatant ignorance of racism's ongoing history in America.

Two civil rights activists, a minority health policy expert and an associate professor spoke on the theme of “Looking Back and Moving Forward: A Celebration of 50 Years of the Civil Rights Movement” at the University of Georgia’s School of Social Work’s 10th annual Parham Policy Day Tuesday.

Everyone's voice should be heard equally, even the KKK adopting a highway

Have some scoop for our reporters or editors? Want to give an update on your organization or business? Let us know.
© Copyright 2021 RedAndBlack.com, 540 Baxter St Athens, GA | Terms of Use | Privacy Policy
Powered by BLOX Content Management System from TownNews.com.