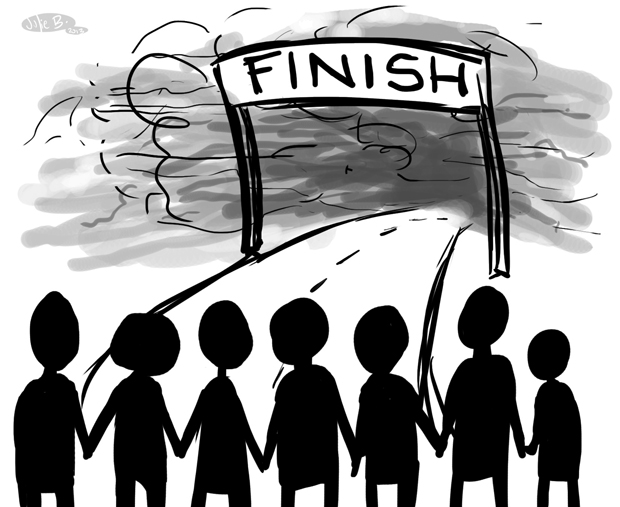 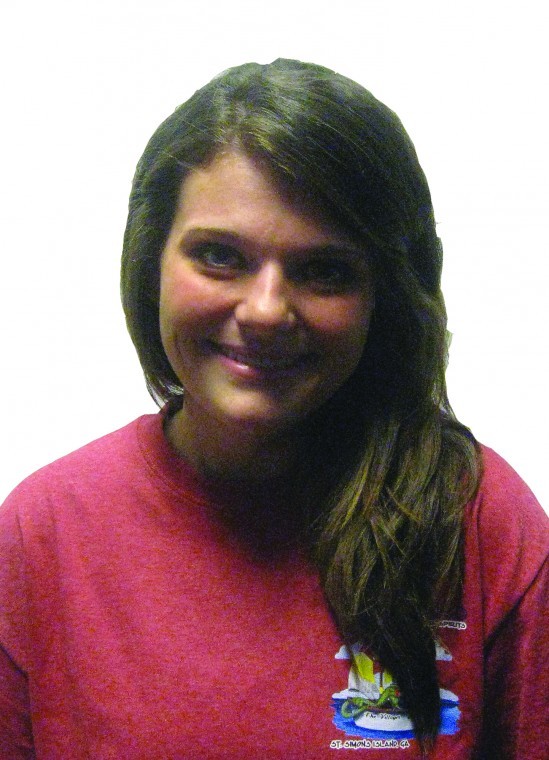 As I sat Monday, hard at work procrastinating on a pile of economics homework, I began to see posts, tweets and statuses about Boston — breaking news accounts, calls for prayer, donations and reflection.

My curiosity got the best of me and I searched the daily news. What I saw was terrifying. The past months have been full of relentless violence, and now another horrible act to add to the gruesome list: two explosives detonated near the finish line of the Boston Marathon, killing three and injuring scores more.

Sadly, news of attacks, shootings, rapes, assaults and other acts of heartbreaking violence has become the norm.

Even though I was heartbroken and disgusted to read about Boston, I wasn’t shocked.

But that’s all wrong, isn’t it? We shouldn’t expect people to hurt people because they can; we shouldn’t see business as usual when women are raped and children are hurt; we shouldn’t assume that violence is inevitable.

Last summer I was babysitting my young niece and she asked me why people do bad things. I thought for a few minutes, but failed to come up with an answer.

Now, as I reflect on the seemingly relentless violence that surrounds us, I think the answer has something to do with a lack of sympathy.

I’m as guilty as anyone about passing snap judgments on things or people I don’t understand, but maybe it’s behavior like this that leads to violence — behavior that seems harmless enough, but which leads to devastation when its large-scale practice leads sick individuals astray.

Today, a majority of people refuse to view the world through any other lens than their own. There’s something powerful to be said about taking a minute to understand your neighbor, a process of reflection many people neglect.

Even though the news seems to be nothing but bad and the world we live in seems to have abandoned its humanity (or embraced it, in the darkest way), it is important to state, definitively, that hope is not lost. Evil has not triumphed until good people accept violence and become indifferent to it.

When people stop shedding tears for their fellow humans and allow their hearts to be hardened, then the violence wins. However, the mere fact that my social media was flooded with posts of concerns and requests for prayer following the bombings prove that people still care about one another.

If you ignore the overwhelming noise of the bad, you can hear the quiet whispers of the good, even if it’s through something as minute as a Facebook post.

Even though there was evil in Boston, millions of people shared sympathy, prayer and support. There was evil, but there wasn’t apathy. Not just yet.

—Amber Estes is a sophomore from Athens majoring in public relations

A few days ago I was nonchalantly talking with my dad about all my latest life struggles (how many credit hours to take this summer, when to move into my new apartment and so on), when he began to laugh. After an annoyed inquiry, I found out that when he was my age he had just gotten back from 2 years of military service, had a child and was about to go through a divorce — by 20, his life was already strictly established.

First was TapthatUGAguy, then UGA Makeouts and now we have developed another: the new (but already infamous) UGA Crushes.

Finding that ‘southern twang’ in a wife on campus

The University of Georgia has made it onto the top party school list, most intense university list and top public school list. Now UGA came in at No. 3 as a top university to find a wife.

No reason to fret over interview process

While it’s so easy to get caught up in the frustration of the internship search process, as I often do, if you’ve given it your best during your time in college, you will most likely find a position that suits you well.

Even from 1,029 miles away, events of the Boston Marathon bombings leave members of the Athens community shaken. But it’s always darkest before the dawn, as the Athens Twilight Foundation will still host its annual Terrapin Twilight Criterium on April 26 and 27.

For the time being, it is sufficient to say that Boston’s reaction to the word of Tsarnaev’s capture has reaffirmed Americans’ respect for justice and the rational patriotism which extends from the core values of the United States.

After ritual stretching and quick small-talk with other runners, the crowd fell silent to honor the victims of the Boston Marathon.

“Everyone deals with grief in their own way.”

That’s the first thing they’ll tell you in counseling, therapy or at the local bar, if that’s your method. And while it sounds cliché and oversimplified, sometimes it’s the only thing you can say to someone coping with tragedy.

How to explore Athens this summer

If you’re one of the lucky students who are lingering around this summer, you should take advantage of the many great opportunities Athens has to offer during the summer months.

Number of rape reports may change with season

In Athens from May 1 to Aug. 15, there were seven reported rapes in 2012, five in 2011 and 10 in 2010. During the summertime, no reports of sexual assault or rape came from the University of Georgia campus.

For those of you who like to enjoy a cigarette with your warm cup of Joe, you may be out of luck.

How to survive family vacation

Even though we have undoubtedly missed our moms and dads tremendously over the school year, being cooped up with them in a hotel room or condo for days on end might prove difficult. Here are five tips to help you stay sane during family vacation.

As the trial of Boston Marathon Bomber, Dzhokar Tsarnaev, began last week, ethical issues of the death penalty and  offensive remarks on Musli…